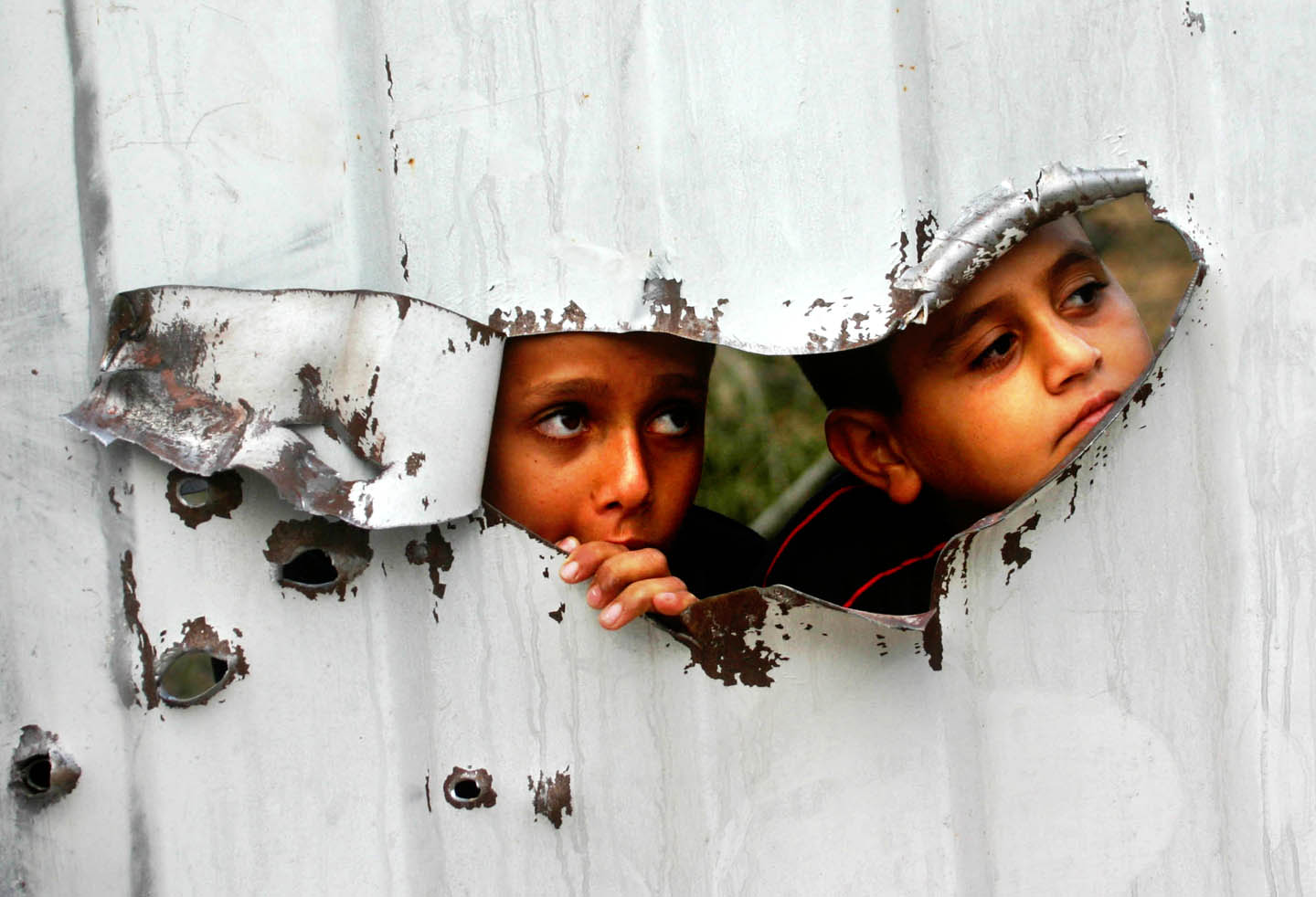 The recognition of Palestinian statehood would signal the birth of a peace process that would positively affect not just Israel and Palestine, but also the dynamics of the entire region.

The winds of change sweeping through the Arab World have inspired many a movement seeking self-determination and democratic governance. Palestine too has taken the bull by the horns; not in a quest for democracy spearheaded by a protesting populace, but in pursuit of recognition as a state.

Recognition – what does it entail?

The requirements for statehood include the possession of a territory, a population and a sovereign authority governing the population. Recognition, however, does not flow automatically from the fulfilment of these requirements. A state is not a state until it is recognized thus by its political counterparts. Thus, the birth and recognition of a state is a politico-legal decision left for the international community to make. It seems a logical conclusion that acquiring membership in a multilateral international organization, such as the UN, could catalyze the process of recognition by other states, since only a state can be a member of such an organization. In the dealings of the organization itself, all states are expected to work together.

When a territory fulfils all the requisite criteria for statehood and awaits recognition from other states, there arises the question as to whether there is a duty to recognize, or if it is a discretionary issue left to each state? Hersch Lauterpacht opines that once the conditions of statehood have been complied with, all other states have a duty to grant recognition. The absence of a central authority in the international legal regime is a handicap in the process of assessing and according legal personality. This automatically implies that the duty thus falls upon the states.

However, pragmatic as this line of thinking seems to be, state practice does not support this view point. The United States, especially, in 1976 declared that, in its view, international law did not mandate that a state ought to recognize another state, and that it was a question for each state to answer. In one sense this may seem unfair, but in keeping with the primary tenets of international law, it seems clear that a state – as a sovereign – is free to determine its own internal and external affairs, and its standpoint on international affairs and related issues. States, fundamentally, have their own sovereign rights, and this extends to their choice of granting or withholding recognition, which remains an issue of policy, rather than one of obligation under the law.

Looking at recognition as a duty also highlights another glaring lacuna in the theory. If states in the international community are obligated to recognize a newly-formed state, this would, in effect, create a right for the newly-formed state to demand and be granted recognition. However, there is no prudence in considering that this right could exist, because that would go against the political independence of the other states that may choose not to recognize the newly-created entity for want of, for instance, their own interests.

Though states may refuse to grant recognition, a new entity cannot simply be ignored by the international community once it fulfils the requisite criteria for statehood. In many situations, states have remained on their own high-ground of non-recognition as far as a new entity is concerned, but with time, recognition is eventually granted. This is a facet attributed to the dynamic nature of the legal realm, and the ever changing sphere of political action. Globalization has made the world a progressively smaller place, and interfaces open up a plethora of avenues for states as entities to interact in the playground of international politics.

Palestine is in a position where it believes that the malady of not having been recognized by several members of the international community could be remedied by entering the United Nations. The precondition for membership in the UN is that the entity seeking membership needs to be a peace-loving state. However, this criteria aside, admission is dependent on a recommendation by the Security Council, and a decision by the General Assembly to the effect that the state can be admitted as a member. None of the conditions exclude Palestine per se from the prospect of becoming a member. However, the harsh reality of international politics has shown that many factors can block the Palestinian path.

What Palestine has been asking of the UN is for recognition as a state in its 1967 borders, with East Jerusalem as its capital, if Israel does not offer an acceptable settlement. If Palestine is not successful in gaining recognition as a state, it has hinted that it will settle for the status of a non-member state, upgrading from its present state as an observer. This would only require General Assembly approval, allowing Palestine to enjoy all the rights of a non-voting member (today, the Holy See is the only non-permanent observer state).

Palestine simply has to be admitted into the United Nations

There has been no dearth of rhetoric suggesting that Palestine has the right to self-determination, and that it does have the necessary attributes to qualify as a state. Recognition is a sine qua non; an absolutely indispensible prerequisite for the Two-State Solution that would bring the roughly sixty-year long conflict between Israel and Palestine to an end.

There is no dearth of support for Palestine in the international community, what with 122 countries recognizing it as a state, and membership in organizations such as the Arab League and the Organization of Islamic Cooperation. For this reason alone, Palestine should be recognized.

Its nearest neighbour is not so discouraging to the prospect of recognizing Palestine, as Israeli prime minister, Benjamin Netanyahu, noted in a public statement that Israel could well support a Palestinian state if the right conditions were ensured; although he raised concerns of a Palestinian state including Hamas. After 1967 when the Green Line was determined, several arguments were advanced trouncing the Palestinian claim to self-determination and statehood, whereby it was generally proposed that Palestine had no legitimate sovereign. However, most UN members questioned the Israeli claim of having better title to the land as opposed to the inhabitants, and went on to stress on the fact that statehood was an inalienable right of the people of Palestine. The International Court of Justice (ICJ) subsequently reaffirmed the right of the Palestinian people to self-determination, and the prohibition under international law against the acquisition of territory by war. The United States – with its Road Map for Peace and Barack Obama’s slow but sure pressure on Netanyahu in the hope of making him recognize Palestine – has made an appreciable contribution.

Palestine’s admission into the United Nations is an integral part of reaching a Two-State Solution. The status quo is in no one’s interest, particularly as violence continues to mount. The international community should encourage both sides conflict to forge a compromise. This, however, cannot be done until Palestine is recognized by the international community. A two-state solution will be nothing if one of the key participants is denied statehood. If peace is to be restored to the region, it is only fitting that each party accept the other’s presence on the international map, and work towards settling their differences.

While there is reason enough for Palestine to be admitted into the UN, there is no dearth of opposition. The US, for its part, is trying – without success thus far – to bring both sides back to the negotiating table and has explained in no uncertain terms that it will veto a decision of the Security Council to grant Palestine statehood. The opposing viewpoint crystallized by Palestine’s core allies, the key players in the Arab World, suggests that Palestine shall stop at nothing to achieve its goal to be recognized internationally as a state. For its part, Palestine has agreed to go back to the negotiating table if the United States has a feasible solution to offer. However, should the United States veto recognition, PLO officials have reportedly stated that they would lobby for activating UN Security Council Resolution 377, commonly known as the “Uniting for Peace” Resolution.

Palestine only requires a two-thirds majority in the General Assembly, or 129 votes, to be admitted as the 194th member of the United Nations. As a state seeking admission to the UN, Palestine is not hindered by a past resolution prohibiting its membership. This, coupled with the fact that Palestine presently enjoys observer’s status, could help achieve its goal of attaining UN membership. However, it is not impossible that any of the permanent members could veto the decision, particularly the United States. The recognition of Palestine will signal the birth of a peace process that would positively affect not just Israel and Palestine, but also the dynamics of the entire region.

To contribute to the debate about conflict in the Middle East, please write to TransConflict by clicking here!