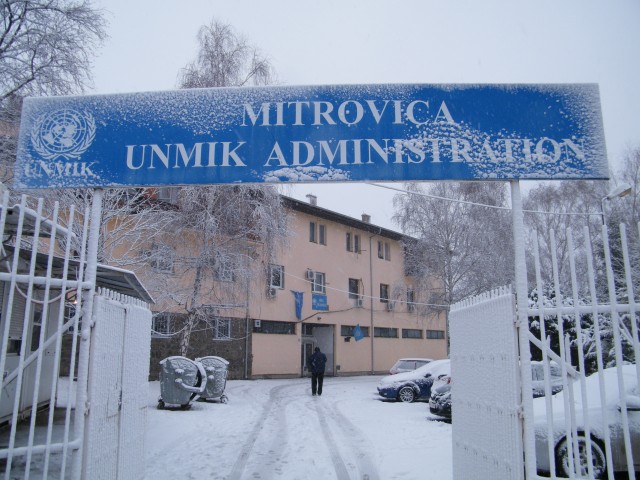 In a landmark decision, the Human Rights Advisory Panel found UNMIK responsible for failing to investigate forced disappearances. With such competencies having now been transferred to other organizations and local authorities, however, this may prove to be too little, too late for the cause of accountability.

In the uphill struggle to ensure the accountability of international organisations and, in particular, of peacekeeping missions, the recent decision in S.C. against UNMIK issued by the Human Rights Advisory Panel (HRAP) can definitely be considered a landmark case.

The HRAP is the body tasked in 2005 with examining complaints of alleged human rights violations committed by, or attributable to, the United Nations Interim Administration Mission in Kosovo (UNMIK). In doing so, the Panel applies the European Convention on Human Rights (ECHR) – as well as other key global Human Rights conventions – and makes non-binding recommendations to the Special Representative of the Secretary-General (SRSG) in charge of UNMIK.

UNMIK was established following the Kosovo crisis of 1999 with full legislative and executive powers for the administration of Kosovo. UNMIK was tasked under UN Security Council Resolution 1244 with “promoting and protecting human rights in Kosovo” and it performed police and judiciary functions until 9 December 2008, when those competencies were handed over to the EU Rule of Law Mission in Kosovo (EULEX).

Disappearances in Kosovo and UNMIK’s inaction

It is within this context that Ms. S.C. lodged her complaint. Ms. S.C. was the wife of Ah.C and mother of An.C. On the 18th July 1999, An.C and Ah.C. – while working at their family business in Prizren – were ordered by three uniformed Kosovo Liberation Army (KLA) members to follow them to do some work. The KLA members said they would be back within half an hour. Their bodies were recovered one year later, in August 2000, by ICTY investigators near the Prizren cemetery. It was only in 2003 that M.C., the other son of the complainant, received the bodies of his father and brother after UNMIK had issued confirmation of identity certificates.

Ms. S.C. complained on several occasions, but the investigations conducted by UNMIK led to nothing. Although the bodies were recovered in 2003, the two persons were still considered as missing in the UNMIK investigation file as late as 2007. The complainants therefore alleged a violation of procedural limb of the Article 2 of the ECHR, i.e. the right to life, as well as a violation of Article 3 of the ECHR for the mental pain and suffering allegedly caused by the situation.

The HRAP ruled unanimously in finding a violation of the procedural limb of Article 2, whereby the UN is held responsible for not having properly investigated the disappearance and murder of Ah.C and An.C. The complaint under Article 3 was dismissed on the basis of HRAP’s temporal jurisdiction, because the bodies had already been found in 2006 when the HRAP became competent ratione temporis,  and the mental pain was therefore considered to have ended.

The HRAP decision – relying largely on the European Court of Human Rights, UN Human Rights Committee and Inter-American Court of Human Rights jurisprudence on missing persons – recommended a) that UNMIK should urge EULEX and all competent bodies in Kosovo to investigate the disappearance and killing, and b) that UNMIK should publicly acknowledge responsibility for its failure and make a public apology to the complainant. In addition, the HRAP recommended that UNMIK should take adequate steps for the payment of moral damages, as well as the realization of a full and comprehensive reparation program and guarantees of non-repetition. Finally, the HRAP recommended that the UNMIK should inform the complainant of future developments in the case.

The HRAP decision can definitely be considered as a landmark decision. In its recommendations, the Human Rights Advisory Panel urged UNMIK to undertake a series of measures, such as public apologies, that reflect the jurisprudence of the Inter-American Court of Human Rights in the cases of enforced disappearances. The UN is held responsible for not having properly investigated such disappearances. Factors such as the difficulty of establishing the mission, the turnover of UN officers from contributing countries, and the difficulties in retaining institutional memory for the organization are as such viewed as contributing to the liability of the UN.

The position of UNMIK

However, for the applicants, the satisfaction derived from the HRAP decision is likely to be little more than moral. In his scant reply to the UNMIK HRAP, the current SRSG, Farid Zarif, suggested that many of the recommendations forwarded by the HRAP are beyond UNMIK’s reach, as the Mission has handed over functions to EULEX and domestic institutions and can therefore only commit to “discuss the possibility of setting up a mechanism to deal with such matters…at the appropriate juncture”.

In reality, UNMIK’s approach to the payment of compensation for non-material damage is in-line with the relevant resolution of the UN General Assembly, which explicitly excludes payment for non-economic loss such as pain or suffering arising from the actions of the UN. This means that UNMIK can, for example, reimburse a farmer if a UN vehicle runs over his chickens, but it cannot provide redress to individuals like S.C. for the non-pecuniary harm suffered due to the faulty investigation into the disappearance of her family members. Moreover, there is no commitment from the SRSG to make a public apology to the family of the missing persons.

At the time of the handing over UNMIK’s competences in 2008, the case had been transferred to EULEX. UNMIK has now committed to urge EULEX to take appropriate steps in investigating this case. It will be interesting to see how EULEX replies and whether the case will one day end up before EULEX’s independent external accountability body, the Human Rights Review Panel.

The case before the HRAP is significantly different from the recent and much-discussed decision of the UN to reject responsibility for spreading cholera in Haiti, because the UN mission there is not subject to a claims commission mandated to recommend compensation for material damage. In the case of missing persons from Kosovo, payment of compensation is excluded de jure by the UN itself, requiring a change of policy at the central level for the victims in this case to be able to receive compensation.

This case perfectly embodies the two different souls of the United Nations. On one hand, an independent internal body upholds international law, and the UN Charter itself (including the UN aim to “promote and protect Human Rights”). The HRAP strictly applies international human rights law to the UN itself and has found the UN in breach of some of fundamental human rights provisions. On the other hand, however, the General Assembly, the body where all states are represented, relies on the organization’s status and immunities to avoid providing redress to victims.

In the meantime, in the field, competences are transferred to other organizations or to local authorities and accountability disappears. As a result, the victims are still displaced and impoverished, and there is no information about the perpetrators, nor it is known whether in fact the local authorities have ever investigated this episode. In the most likely case, the perpetrators are still walking free in Prizren.

Massimo Moratti is an independent human rights expert specializing in transitional justice, housing land and property issues as well as accountability of international peacekeeping operations. He has extensive experience in the countries of former Yugoslavia, where he has been working, with a few interruptions, since 1996. Besides former Yugoslavia, he also worked in Rwanda, Georgia, Jordan and Colombia

The article was originally published at Terra Nullius – the Housing, Land and Property Weblog.