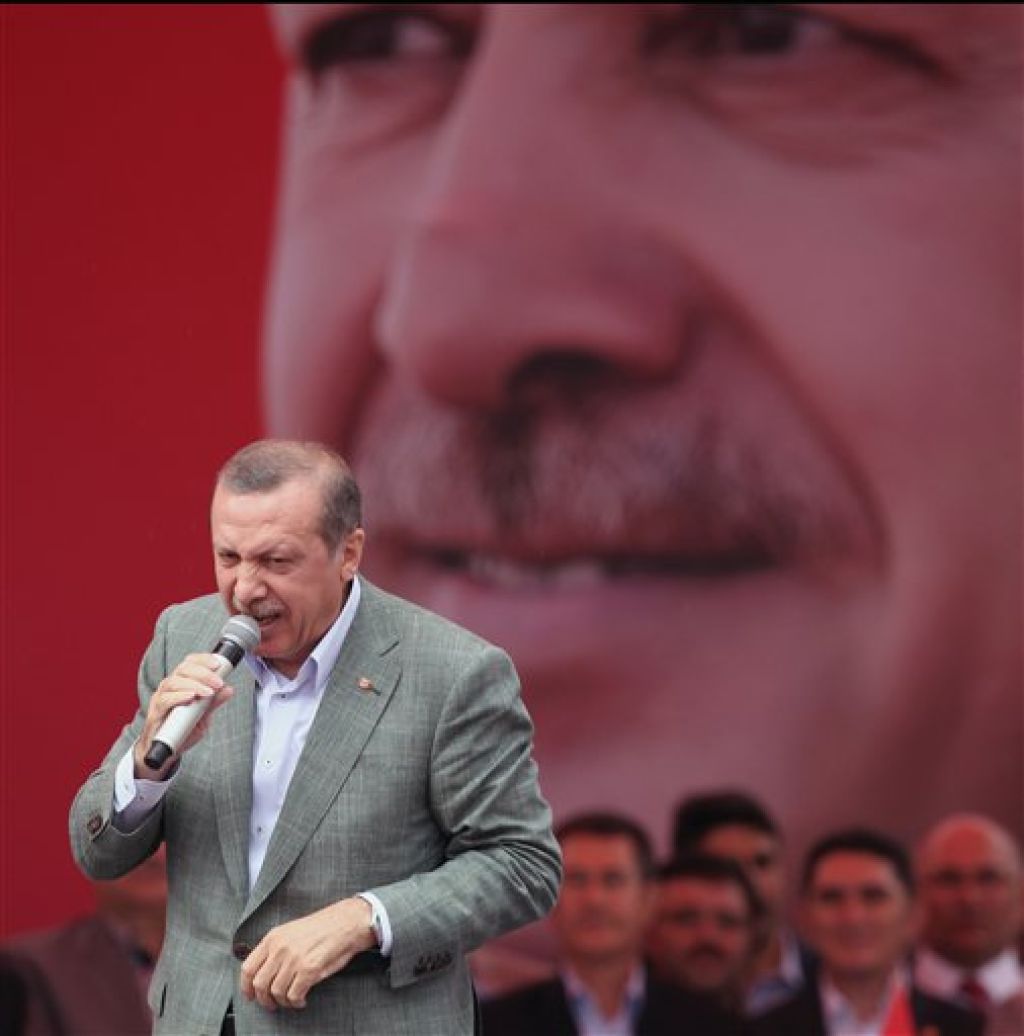 Erdogan’s lack of anger management might not only cost him the presidency but also damage Turkey’s growth projections in an increasingly volatile region. His last meeting with the Taksim Solidarity Movement delegation might have been a positive sign that Erdogan finally is arriving at the same conclusion, but his insistence on the use of violence discourages such optimistic predictions.

As Turkey enters into the third week of demonstrations many analysts abroad and in the country have a hard time understanding Erdogan’s harsh language against the protestors.  A last minute meeting between the Taksim Solidarity Movement and Turkey’s prime minister resulted in a tentative deal that freezes the construction plans for the shopping mall in Gezi Park being until the legal process runs its course. The deal also calls for an Istanbul-wide public vote on the future of the Park in case the final court decision rules in favour of the army barracks/shopping mall/city museum. Erdogan had already started having meetings with celebrities over the fate of the Gezi Park but this was the first time that he met with representatives of the Taksim Solidarity Movement. Regardless of the government’s sincerity to follow through with its promises on Gezi Park, the meeting itself is a critical turning point in Erdogan’s plans for presidency. It is no secret that Erdogan hopes to get elected as Turkey’s new president in 2014. Over his long career, Erdogan has emerged as a politician who skilfully rides the waves of escalation politics. He has created his own brand of escalation politics that rests on two integrated premises of agitation and victimization. He has even designed in-party trainings to make sure that all the operatives of the Justice and Development Party follow his two-tiered approach for long political battles.

In a recent meeting I was reminded by a colleague that 65% of Turkey’s electorate votes for center-right and conservative parties. In the past 60 years there were only two instances where the center-left managed to get more than 40% of the vote.  Erdogan is well aware that he has to consolidate his center-right electoral base for his presidency plans. Agitation, he believes, is the most effective way of affirming his control over Turkey’s conservative majority. By demonizing the protesters as “looters”, “marauders”, or “foreign agents” Erdogan wanted to paint a picture where Turkey’s political and economic stability are under threat by those who hate Turkey’s recent pre-eminence in global politics. The people around Erdogan have turned into propaganda apparatchiks who promotes his “omnipotent father” image, whereas all the Gezi Park protesters represent chaos.  Re-heating long-forgotten slogans from the nineties – such as “the international interest rate lobby” – Erdogan aims to re-unite 65% under his leadership. Turkish mass media contribute to Erdogan’s grand plans as a mouthpiece for government policies, in part because many media moguls benefit from government tenders in large energy and infrastructure projects. The main media channels broadcast Erdogan’s version of Gezi Park events as undisputable truths, without any fact-checking. A few media channels that are courageous enough to criticize the AKP government are under constant intimidation. The latest decision of Turkey’s regulatory Radio-TV Board (RTUK) to close the left-wing Hayat TV on grounds of exposing children to violence by streaming events live from Taksim square is a further indication of the government’s tight grip on the media. In his daily speeches that are televised several times, Erdogan looks angry and call for his right wing majority to re-unite under his leadership.

Erdogan comes from a vigorous tradition of Turkish political Islam that has been prosecuted and discriminated by the Kemalist elite until early this century. Several of its members, including Erdogan, have served prison sentences for attempting to change the secular nature of the Turkish state. Rhetoric around victimization has therefore become AKP’s appeal to the masses in elections. Turkish public opinion has a tendency to support the underdog. However, after almost 11 years in government, Erdogan’s victimization rhetoric has obvious defects. A new generation of young people who grew up under Erdogan’s premiership cannot relate to him and his political temper. These youth do not really understand why a prime minister would choose to polarize a society instead of paying attention to innocent demands for keeping the few public parks as they are. Even among the right-wing majority that Erdogan prefers to think as robust and under his thumb there are voices of dissent and support for the protesters. The participation of anti-capitalist Muslims and nationalist grey wolves in the protests shows that the Turkish political right is not at all united.

Will Erdogan be the next president?

Probably yes. But he has to come into terms with the fact that he needs to start listening and self-criticising, none of which are Erdogan’s strong qualities. Agitation and victimization are no longer effective tools for Erdogan. His coercive politics are already causing considerable anxiety among foreign investors about the future stability of the country. Turkey’s current account deficit is sustainable as long as political risks remain low in the short term. As a growing economy, Turkey has to maintain the deficit, but Erdogan’s lack of anger management might not only cost him the presidency but also damage Turkey’s growth projections in an increasingly volatile region. His last meeting with the Taksim Solidarity Movement delegation might have been a positive sign that Erdogan finally is arriving at the same conclusion, but his insistence on the use of violence discourages such optimistic predictions.