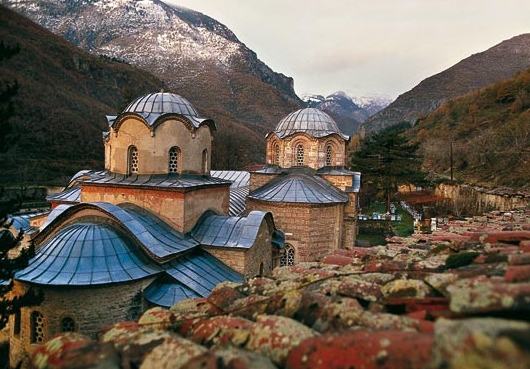 Dialogue has to address the fundamentals of faiths – not just to discover how much they have in common, but to understand the differences and then being able to work with these differences for the ‘common good’.

In February 2008, the then Archbishop of Canterbury, Dr Rowan Williams, head of the Church of England and leader of seventy million Anglicans, made headlines following a lecture he delivered at the Royal Courts of Justice in London. The lecture was given to academics and lawyers.

His words made headlines throughout the world. He had suggested that aspects of the Sharia Law should be used by Muslims in the United Kingdom to resolve matters like marriage and disputes about property. He implied this was an inevitable development, and recognised that the application of some aspects of Sharia Law should be recognised officially; if religion is to be taken seriously then the recognition of some aspects of Sharia Law also should also be taken seriously. The Archbishop’s comments were ferociously criticised. There were calls for his resignation.

Over the years I have sat though conferences about the importance of inter-religious dialogue. Many of us involved in this kind of work seem to be unable to commend more than that we should be tolerant and understanding.

So whenever I find myself getting irritable and bored by these calls for dialogue, I recall the reaction to Rowan William’s words. These reactions revealed the prejudice, ignorance and deep seated fear about Islam. So dialogue should not be a luxury – the preserve of middle aged and mostly male academics and specialists but has to be brought into the mainstream of discussions and conversations about the possible contribution that religions might make to the building up of a peaceful world. Every effort has to be made to involve women and young people.

In the European context, there is a further difficulty. The European Union was founded on the principles of the Enlightenment. According to the Enlightenment the practice of religion is fine as long as it remains a private matter. Religion has no place in the public square. The practice of religion is a matter of whether a person will choose to join this or that Church. During my period as Rector of St James Piccadilly, a well known church in central London, I made it my business to welcome visitors to the liturgy. In a congregation of two hundred there would always be a few Catholics.

There are two reasons for the need to reduce religion to a matter of personal choice: the first is fear that granting religion a more prominent place would lead to it exploiting possibilities for conversion. The EU does not tolerate this. The second reason is fear that the ‘liberal’ agenda about abortion, euthanasia, assisted dying and gender issues would be jeopardised by giving a more prominent place to religion. (This needs to be more nuanced than there is space for here: in the UK, for example, attempts have been made by governments to coral religious organisations for their purposes but there is a reluctance by religions to be seen to be so closely allied with government policies. Moreover religions are divided about some of the ‘liberal’ issues. They would find it difficult to speak with a united voice).

These assumptions about ‘choice’ and pushing religion out of public life as far as possible explain the ignorance about religion among so many internationals working in Bosnia and Kosovo I have encountered. They need to be more literate about religious matters. Internationals describe religious buildings, mosques, monasteries or churches as ‘cultural heritage’ as if they are just museums. They do not understand that religion is more than a hang-over from the past, remnants of some pre-modern time.

In some regions of Europe religion is more than a matter of choice. It defines the identity of an individual and a group, Irish Catholicism, Polish Catholicism, Bulgarian Orthodoxy and Russian Orthodoxy. In these manifestations, religion is primarily about ‘belonging’ and not about belief and participating in rituals. So to be a Serb is to be a member of the Serbian Orthodox Church, because the Serbian Orthodox Church defines what it means to be Serb. It is difficult to imagine a Serb converting to say Catholicism or to move out of the Christian tradition to become a Muslim. This is a type of religion into which a person is born; his religion is ascribed to him. He or she is not ‘born again’.

Thus it was in Bosnia and in Kosovo there was so much destruction of religious buildings. If a mosque or church was vandalised or destroyed, particularly when the foundations were removed, such destruction carries a powerful political message: ‘you are not welcome here, leave!’ And many did.

Those who understand religion as being a matter of private choice do not understand the potency of religion as identity. Thus the Serbian Orthodox Church is a significant, well-organised and flourishing institution, deeply-embedded in its history, and defined in part by its attitude to other religions – particularly Islam. Orthodoxy has historically regarded itself as a bulwark against Islam. The patriarch is a national figure. Where ever he goes he is greeted by large crowds. Sometimes if a church is too small, the liturgy will be celebrated outside. The Serbian Orthodox Church displays loyalty to the State above everything else; such loyalty overrides all other considerations.

Therefore in the Balkans where this sort of religion prevails, inter-religious dialogue is essential; especially because it strays into politics, inevitably given the role of religion as I have described it. It is simply not possible to argue that religion should be taken out of politics. Religion has to be a visible part of an argumentative democracy.

Yet to leave the matter there is not enough; my analysis might then be described as reductionist. International officials say: ‘These religious people preach about peace and forgiveness, but they fuel and intensify conflicts everywhere; they don’t practice what they preach.’

Internationals have a point.

Dialogue has to address the fundamentals of faiths – not just to discover how much they have in common, but to understand the differences and then being able to work with these differences for the ‘common good’. Theology has to come down to earth firmly. So, for example, when each of the Abrahamic religions describes the dignity of each person as non negotiable, how does this work out in practice when, for example, the rights of minorities are ignored?

Successful dialogue requires good listening. A Rabbi once said that God gave us two ears and one mouth so our hearing may be twice as much as our speaking. Trust grows when good listening is present; gradually we allow ourselves to become self critical. This tends to be difficult for religious leaders, who prefer to be seen as strong and above doubt. Trust and self criticism are essential but they take time to grow.

The occasional seminar, workshop or conference is not the occasion for developing the procedures of dialogue. Local and regional opportunities should be established to build bridges between different groups.

Where trust grows there is the chance of authentic witness. This is displayed in the practice of solidarity. So when a mosque is vandalised (on average once in every ten days in France for example), then other faiths stand in solidarity with them, condemning those who are responsible, and this is much more than statements by religious leaders. What will give that statement of condemnation authority is the knowledge that over time the congregations and local communities in the mosque or church have got to know one another, listened to each other, celebrated together, eaten together. Each will have learnt about the rituals of the other. And if a church or synagogue is vandalised then that same powerful witness is essential.

We have a long way to go.

Reverend Donald Reeves MBE is an Anglican priest and the founder of the Soul of Europe. The Soul of Europe works as catalysts and mediators to ensure a peaceful resolution to conflicts, particularly in the Balkans.

This paper was presented at the international Interfaith Conference in Peja/Pec, which took place on the 24-26th May, as part of the week of tolerance and reconciliation in Kosovo.

To learn more about the project Mediation through Monasteries in Kosovo, please click here.