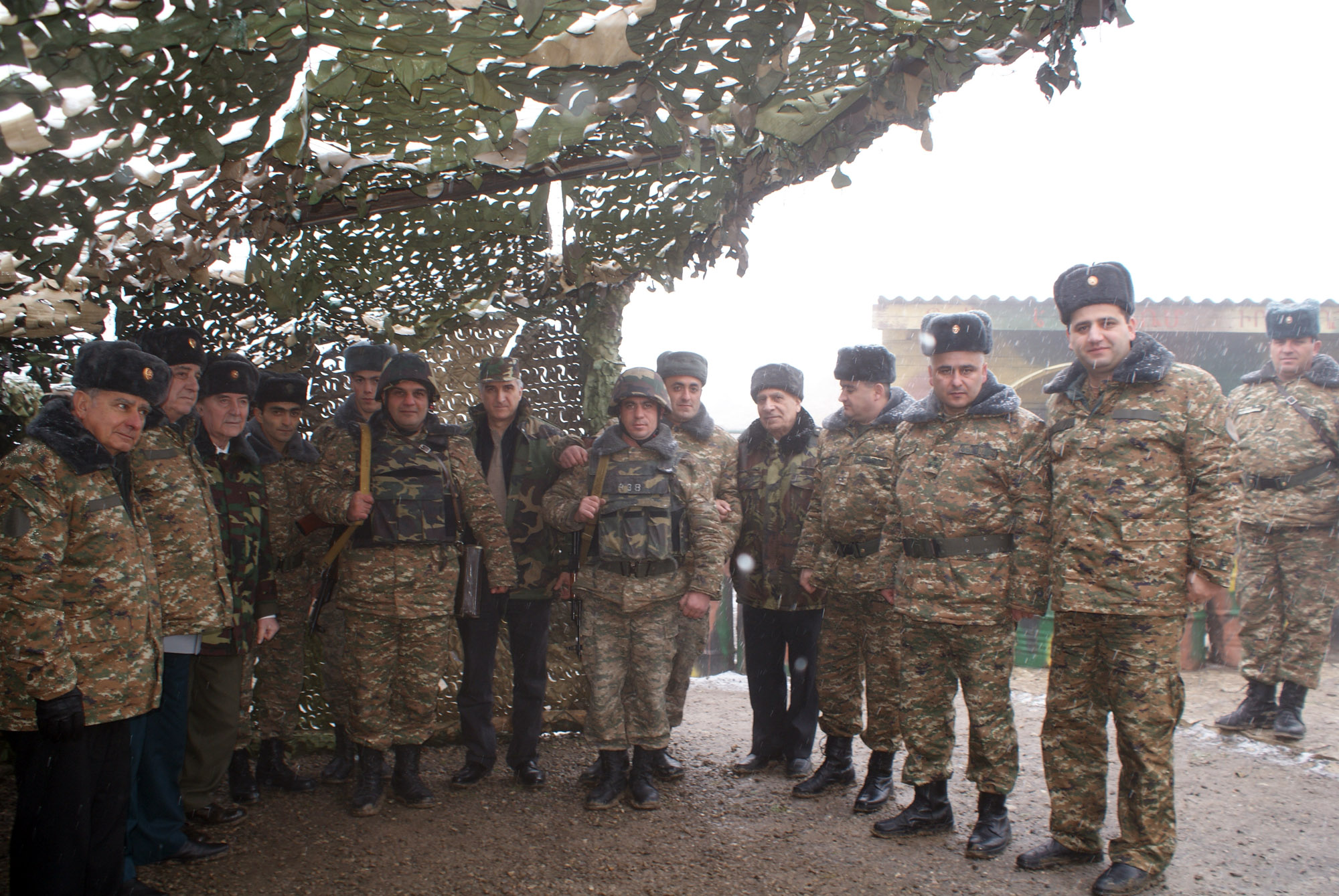 With human rights violations in the Armenian Armed Forces having become a taboo subject, Peace Dialogue used simulations to raise awareness about the situation faced by soldiers, thereby helping breakdown the culture of silence that prevailed.

Attempting to raise public awareness about human rights violations in the Armenian army, Peace Dialogue, an NGO from Armenia, organized various activities to help educate Armenian society. At the beginning of 2013, Peace Dialogue launched a new initiative, a two-year project called ‘Safe Soldiers for a Safe Armenia’, with the support of the Dutch organization, IKV Pax Christi. The aim of this initiative is to end human rights violations in the armed forces and to develop Armenia’s safety, plus the safety of those soldiers who protect it. The organization hopes that this project will result in greater public awareness about the poor human rights situation facing the armed forces.  In order to create public demand to solve this problem, Peace Dialogue works to mobilize local, national and international actors, who in turn involve experts from the EU, NATO and the OSCE.

Based on Peace Dialogue’s research, 25 fatalities were recorded in the Republic of Armenia (RA) Armed Forces between January and October 2013. Only three of these were the result of violations of the ceasefire signed between Armenia and Azerbaijan in 1994. Regular ceasefire violations and constant information warfare indicate that the previously open war has become a hidden war. As people demand security from government, the government responds through the Army. At this stage, a strong Army remains the main means of securing stability, for both society and the government.

There are, however, developments in this structure that are beyond the control of society. As society perceives the Army as the only means of protecting stability, they are inclined to forgive all of its human rights transgressions. A major part of society thinks that silence should be maintained in the face of human rights violations because of the precarious geopolitical status of the country. Many people perceive Armenia as being surrounded by enemies. However, the regime uses the taboo nature of the issue and a lack of civilian control over the Army to advance their interests.

Although the dangers in the army affect thousands of young conscripts and their families, the issue of this forgotten massacre remains unspoken in Armenian society. What is more, it has become a taboo issue in the country.

In order to address these challenges, Peace Dialogue is organizing a simulation trial, called ‘Fair Court’, in various cities across Armenia. Simulations help staff reveal the underlying factors and dynamics that are at work in real situations, whist creating a learning method that is oriented on practical experience. Simulations generally attempt to recreate real life situations in a controlled context, often for educational or entertainment purposes. It is also a powerful method that gives the participants an opportunity to test their negotiation skills and their ability to manage conflicts. Furthermore, it promotes a space in which such taboo issues can be openly discussed in society. Fair Court, which is organized using the conflict modelling methodology, was presented first to a number of Vanadzor citizens, and then in a number of cities and towns in Armenia. This case was based on a true story concerning the death of a soldier in the armed forces. The soldier was beaten and killed by fellow soldiers due to an argument. The incident could have been prevented by an officer on duty, but was not.

During the simulated court trial, the audience members take on the roles of all parties and strive to achieve justice for their characters. The court hears the details of the case, the witnesses and the defendants. The defendants were soldiers who, under the influence of alcohol, had beaten their fellow soldier and unintentionally caused his death. The court also hears the officer on duty who, although he did not take part in the fight, did not prevent the soldiers from using alcohol on duty, either. Moreover, he also took part with great pleasure in the birthday party of one of those soldiers. After clarifying the circumstances of the case and after hearing arguments from the prosecution and the defense, the court issues its verdict, based on the development and dynamics of the simulated trial case. At the real court trial of the same case, the officer received a mild punishment, was given an amnesty, and was released from the courtroom. The soldiers, who unintentionally caused the death of their fellow soldier, were sentenced to a long period of imprisonment.

Initially, the organizers believed that this simulation game would have an impact on the people and when they would take up the roles they would actually understand the issues and realize the significance of human rights protection. The results of the simulated court trial and its impact were reflected in the discussion that followed.

The participants and the audience were given an opportunity to share their impressions. Some of them expressed that the simulated court trial provided an opportunity to learn more about the judicial process and its peculiarities, allowing to put themselves in the shoes of those who take part in a trial. It is most important, however, that although some of the participants were previously unaware of the problems in the army, they were willing to discuss the problem after the simulation, rather than perpetuating the culture of silence.

Edgar Khachatryan is the Director of Peace Dialogue, a member of the Global Coalition for Conflict Transformation. Further information about this project is available by clicking here.