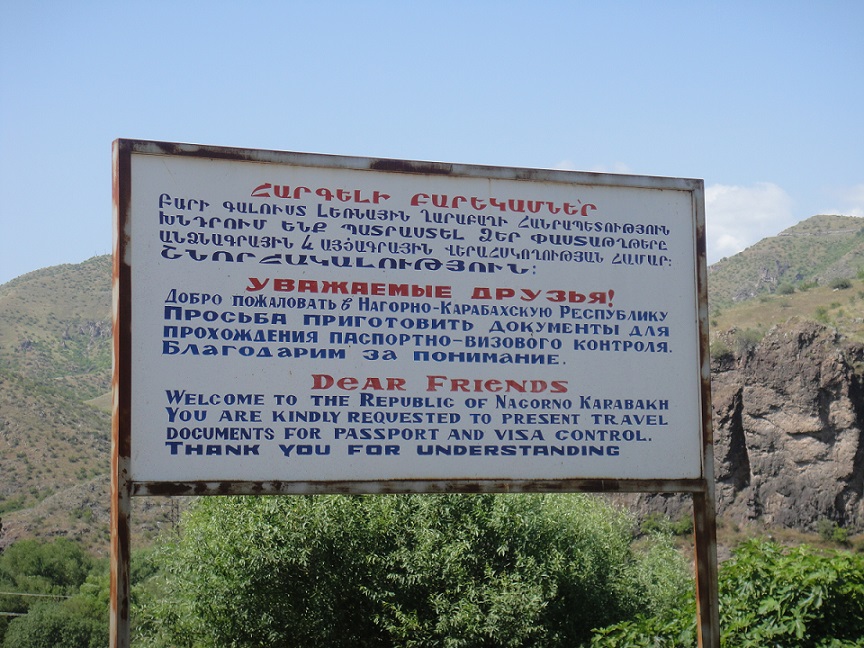 TransConflict is pleased to present an open letter by Edgar Khachatryan, director of Peace Dialogue from Armenia, a member of the Global Coalition for Conflict Transformation, addressed to all those individuals and organizations involved in the negotiation process related to the Nagorno-Karabakh conflict.

A few hours ago I would not even think of taking this step. However, it was only a few hours ago. It was a few hours ago when I did not fully realize that I could not deal with this situation in the region anymore, when I was simply listening to the news broadcasts through local and international media regarding yet another ceasefire violation.

Now I am trying to picture what possible answers I would receive from each of you in case I would have had the chance to address my proposition to each of you personally. I am trying to formulate numerous possible responses that I may receive from you; however I understand that none of those answers can justify the deaths of the Armenian or Azerbaijani young soldiers or the losses and the firearm injury cases among the civilian population.

I am a citizen who is equally sorry for the deaths of all the soldiers. Be sure that I do not see a difference between a widowed woman, a child growing up without a father, or a parent who lost his/her child. I am sure that the pain and the grief of these people know no boundaries or nationalities.

It would be a narrow-mindedness to announce that it is an easy task to do. However, I think that when accepting the positions of the presidents, you were well aware of the difficulty and the responsibility that you were to deal with when taking on the obligations of the first person in your respective countries. Regardless of the circumstances, it is not possible to represent the interests of your own society at the same time ignoring them. Is there any country which has interest in losing its own citizens? Do you believe that the pain of the family that lost a son become bearable in case another family who is considered to be the guilty party loses a son too? We all know very well that the violence can give birth to only new, more intense and more brutal violence.

Therefore I call upon you to be consistent and do everything possible and impossible to end the ceasefire violations. For many years, from numerous platforms, you have announced that there is no alternative to the peaceful resolution of the conflict and have reassured that you are interested in finding a way of this situation through negotiation process. Well then stop the propaganda prepared for your “domestic” audience and do whatever you have promised to do.

I urge you to show political will and put an end to the continuous bloodshed and the human losses. Stop blaming each other. Do not try to assure me that the bloodshed and the losses are justified and that they serve to some greater ideas. The greatest idea and value is the human life. Do not sacrifice your own citizens just to cover up your own inability in finding a diplomatic solution to the issue.

I call upon all the societies involved in the conflict to give up the militaristic propaganda that has been spread for some political reasons and to be more demanding. Demand from the authorities to take actions in the interest of their nations! No violence and no war is in the interest of any nation.

My dream is not too idealistic and deep in my heart I cherish the hope that there will be people among both my fellow countryman and the Azerbaijani people, as well as among my colleagues or just ordinary citizens who will share my worries and will join my plea.

I would be more than happy if the international organizations supporting the governments of the countries involved in the negotiation process and the people in these countries are able to do everything possible to find a reasonable way out of the situation. I assure you that there is hardly anyone among the citizens who may think that a new war will contribute to the solution of the problem. Therefore I expect equal intolerance towards the existing situation from your side too and specific actions to prevent bloodshed in the region.

Edgar Khachatryan is the director of Peace Dialogue, a member of the Global Coalition for Conflict Transformation.

This open letter is addressed to the president of Armenia, Serj Sargsyan, and the president of Azerbaijan, Ilham Aliev, the Co-Chairs of the OSCE Minsk Group – Ambassadors Igor Popov, Jacques Faure of France, and James Warlick – Andjey Kasperchik, the personal representative of the OSCE CiO, as well as to all the individuals and organizations involved in the negotiation process of the Nagorno-Karabakh conflict.