TransConflict is pleased to showcase the work of Cooperation for Peace and Unity (CPAU) from Afghanistan, a member of the Global Coalition for Conflict Transformation.

Afghanistan’s strategic geographic location and ethnic diversity has resulted in decades of wars, deriving from both external and internal causes, including the US-led invasion and subsequent insurgency.

“Afghanistan has always been a passageway for the world’s great power in their pursuit from the Occident to the Orient – be it for the Silk Route, The Great Game during the colonial era or for the many proxy wars fought throughout the years. Much of Afghanistan’s ancient history lies in conquests and grandeur, in a world of Kings and Empires.”

Since 1996, Cooperation for Peace and Unity (CPAU) has been engaged in local peacebuilding and high-quality research, with the aim of “replacing violence as a cultural norm in Afghanistan, and developing lasting and sustainable cultures of peace, built on a human infrastructure of people committed to engendering a progressive climate of peace within the social fabric and inter communal life of Afghanistan.” The organization is proud of its status as the “first Afghan-led, research and peace-building organisation in Afghanistan.”

Over the past decade, CPAU implemented over 400 projects in more than 26 provinces throughout Afghanistan, including education and peacebuilding programmes, research and media project, and peace and conflict management. More than 30,000 students have benefitted from CPAU’s workings and training seminars, whilst CPAU has established or worked with some 10,000 Councils (Shuras).

To help achieve these aims, CPAU has facilitated the establishment of some 500 Peace Councils through various initiatives, thereby reducing violence and helping improve access to justice. 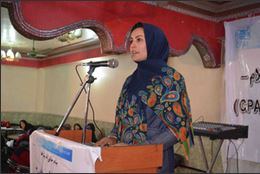 A key component of the project was the completion of a strategic conflict analysis and justice mapping process of Kunduz Province, conducted by CPAU’s expert research department, which helped further understanding about the underlying trends and causes of conflict in specific locations.

CPAU is also renowned for its strong research capabilities, using “its community links and networks to undertake various research projects, which reflect the issues of concern to Afghan people directly from the grass-roots level.”

One such assessment is participatory conflict vulnerability analysis (PCVA), conducted in two provinces in northern Afghanistan – Kunduz and Takhar. This research sought to identify problems that increased the vulnerability of individuals and communities, respectively, to violent conflict. CPAU’s conclusions found that insecurity, the collapse of the rule of law and various livelihood-related issues – such as land, water, education and family disputes – were the most common problems. 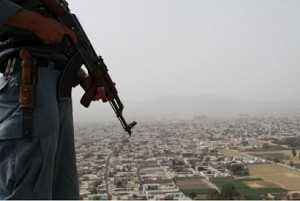 Aside from contextual analysis of police and formal/informal justice systems in Kunduz, CPAU has been engaged to conduct assessments of the Dutch Integrated Police Training Mission (IPM) in the province. Their research is designed “to identify changes in community perceptions of the justice system in Kunduz province within the context of the ongoing Dutch mission to build the capacity of rule of law (RoL) institutions”. The research finding help strengthen the capacity building and development of the police and judiciary, thereby further enhancing their partnership with traditional institutions and their roles in the local community.

Women have long borne the brunt of war in Afghanistan. As Kirthi Jayakumar writes:

“The Taliban regime in Afghanistan was the proverbial death-knell for progressive lifestyles of women. With the advent of the Taliban, women were denied some of their most basic human rights and fundamental freedoms. The right to life, to work and study, and to access health care – plus freedom of expression, movement and religion – were no longer enjoyed by women. There were instances of women asserting their rights under the Taliban regime, only to be subjected to public stoning, beatings and imprisonment. Women were oppressed and left bereft of the rights inherent to their very existence. Women were not allowed to leave their households unless they had a burqa and had a male member of their family to accompany them.” 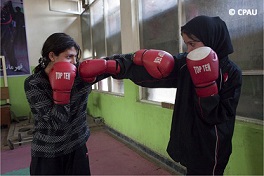 Back in 2007, CPAU created what was to become the first Afghan Women’s boxing team, in close conjunction with the Afghan Boxing Federation. By challenging stereotypes about the roles of women in sport and society, CPAU helped further the cause of Women’s empowerment in a unique and innovative way. With women unable to participate in sports of any kind until recently, the project attracted a considerable amount of controversy. The achievement of the female boxers, however, has helped them to become ambassadors for women in Afghanistan.

Please click here to learn more about Co-operation for Peace and Unity (CPAU) from Afghanistan.