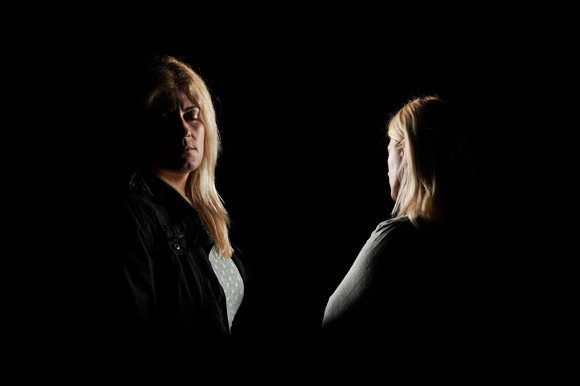 Almost twenty years on from the end of the war, a new campaign aims to increase understanding and decrease stigmatisation of survivors of rape in Bosnia.

An estimated 20,000 – 50,000 Bosniak, Serb, and Croat women were raped during the Bosnian War. These crimes were not perpetrated at random, but were systematic. Towns such as Foça, and prison camps such as Omarska, Čelebići, and Dretelj, were epicentres of a crime that was used as an instrument of ethnic cleansing.

In the wake of the conflict, the International Criminal Tribunal for the former Yugoslavia declared the use of ‘systematic rape’ and ‘sexual enslavement’ as a crime against humanity. The decision has come to represent a significant step for women’s human rights and in defining the field of international humanitarian law. In response, the UN’s Special Representative on Sexual Violence in Conflict praised the women that testified within the landmark case for ‘breaking what is called history’s greatest silence’.

However, though the silence of history was once broken, the silence of thousands of women remains to this day. In Bosnia, rape continues to carry such a high social stigma that admission to can cause family abandonment, isolation, and economic and social marginalisation. Many women are still too afraid to come forward and meet with other victims of their own ethnic group, let alone others, and so mutual experiences remain unvoiced. At best this serves to reinforce the current status quo, denying victims the opportunity to seek professional support, and at worst this allows the experience of women to be subverted by ethnically-based political interests.

For years there has been little sign of improvement, but since 2013 a change in the chairmanship of the G8 group has provided a window of opportunity. Britain’s assumption of the chairmanship led to the G8 Declaration on Preventing Sexual Violence, which has since implemented the Preventing Sexual Violence in Conflict initiative – a two-year partnership between the UK government and Angelina Jolie. The initiative aims to ‘replace the culture of impunity for sexual violence committed in conflict with one of deterrence’, identifying Bosnia as a priority country within this work.

In addition to a recently held regional military conference in Sarajevo, the work of the Post-Conflict Research Center (PCRC) now lies central to this focus. The Sarajevo-based NGO, in partnership with the British Embassy in Sarajevo, will launch the ‘Breaking the Stigma and Silence’ campaign in June 2014.

The campaign aims to increase awareness and understanding of the consequences of the use of sexual violence in war, decreasing the stigmatisation of victims at all levels of society. For the first time, the experiences of female victims from all three of Bosnia’s constituent ethnic groups will be presented and explored simultaneously. Women who have until now been forced to suffer in silence will be provided with an equal platform to share and discuss their experiences of violence, as well as the social stigmas and lack of support that they have since endured.

Three roundtable meetings in Sarajevo, Banja Luka, and Mostar, each one bringing together key stakeholders from Bosnia’s three constituent ethnic groups, will discuss topics related to the prevention and consequences of sexual violence in conflict. These will include the current status ofwomen survivors of rape in Bosnia and Herzegovina and their access to the medical, psychological and financial assistance; the political deadlock regarding the government’s “National programme for women victims of sexual violence in conflict and beyond”; the physical and psychological aftermath of rape; and the impunity of perpetrators.

Each of these events will be covered by local and national media to increase wider public awareness, and accompanied by both topical film screenings and a photography exhibition entitled“My Body: A War Zone”, which features the stories and photographs of survivors from the Congo, Nepal, Bosnia and Herzegovina, and Cambodia.

The project will also be incorporated into the upcoming four-day Global Summit to End Sexual Violence in Conflict, bringing worldwide attention to the issues that Bosnian women have faced over the past two decades, and, for now at least, continue to face on a daily basis. Whilst in the long-term it is hoped that the project will begin to inspire other women to come forward, either by forming networks or sharing their stories, to coalesce around this issue and break the silence and stigma together – regardless of their ethnic background.

Tim Bidey is a Project Manager for the Post-Conflict Research Center in Bosnia and Herzegovina. He is also currently completing an MA in Post-war Recovery Studies.