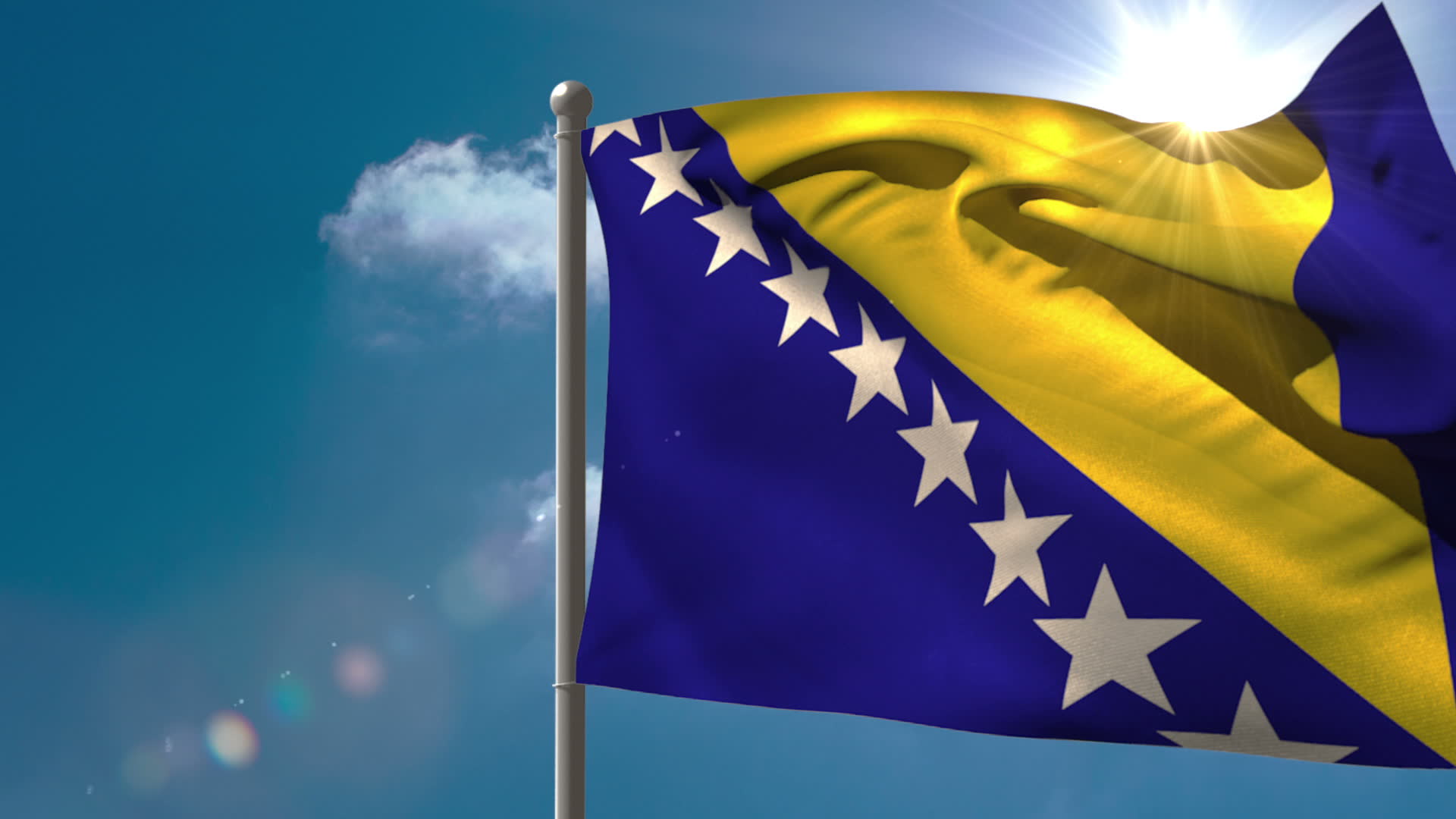 Constitutional reform is never a “panacea,” in any country. However, by engaging citizens, creating opportunities for litigation and targeting constituencies ready and able to demand accountability in targeted areas, the language of reform can at least be normalized and, perhaps even democratized.

In his recent blog post Florian Bieber used two recent initiatives to frame his contention that constitutional reform in Bosnia and Herzegovina (BiH) should not be prioritized by the international community, seemingly arguing in favor of maintaining the current and ineffectual policy of muddling through.  In a piece published on TransConflict on July 9, I preemptively explained why this approach will not lead to stability, change or results. However, a few points deserve renewed emphasis.

First, it is useful to briefly note the different characteristics of the two recent constitutional reform proposals he mentions. The International Crisis Group (ICG), in its most recent – and allegedly final– report on BiH provides a lengthy diagnosis of BiH’s political and constitutional problems, and then suggests (among other things) reforms that would essentially institutionalize the political party cadre known as the “sextet”, replacing the three constituent peoples with three (seemingly identical) “language communities,” and seeking additional mechanisms to ensure Croat control over Croat-majority areas. By building the parties into this reform, and essentially reverse-engineering the constitution to fit the political reality, ICG presumes that the institutions of BiH could secure the 28 votes needed to get such a reform through parliament.

Coalition 143 (K-143) proposes a fundamentally reformed governing and constitutional structure through changes that would strengthen municipalities, create direct links between local constituencies and state-level parliamentary representation and render the middle layers of government (cantons, entities) unnecessary. To get to the necessary 28 votes, K-143 proposes to build a constituency of support from the ground up through civic outreach to dissatisfied citizens, as well as from disempowered mayors who often get the blame for poor local governance, but now have neither the authority nor the funding to create sound local policies.  (Consider, for example, the recent flood preparation and response debates.)

Second, Dr. Bieber’s fairly minimal reference to engaging citizens in the development of any constituencies of reform seems to suggest a trust in reform through institutions and procedures without the requirement that institutions be truly and directly accountable to the citizens they should represent.  In a June posting, he noted that the 2014 plenum phenomena had mostly “run their course,” while admitting that for a short time the plenums had frightened political elites and showed that there are some new ideas.  His most recent posting notes, however, that “there is little to show that Bosnian citizens have a shared political project,” while then averring that a demand for change by voters in October could lead to new policies.  While putting the onus for the country’s political morass squarely on the shoulders of voters is often favored by domestic and international actors, it is difficult to see how the menu of candidates for the upcoming general elections could lead to transformative change. Who are the candidates offering such a platform? Who are reform-minded citizens interested in a “new political project” supposed to vote for? In the absence of a significant and active protest vote by citizens ready to show their dissatisfaction with the entire political system, expecting meaningful change through the ballot box is an irresponsible pipedream.

Third, while Dr. Bieber rightly addresses the difference between a “big bang” and incremental approach to constitutional reform, he makes the same mistake that many observers make in viewing constitutional reform as being primarily about high-level representation and electoral issues (Sejdic-Finci, the number of representatives in the House of Peoples, etc.).  Such a focus makes sense from the perspective of local actors interested in maintaining the status quo because it is difficult to build a grassroots constituency of citizen support for reforms that are, to be honest, legalistic, technical and divorced from the realities of day to day life. A more meaningful effort at incremental reform should be built on understandable and achievable constitutional reforms (state-level competencies in agriculture, a single economic space, stronger local governance, energy and environmental policy, etc.) that could win broad-based civic constituencies of support. This kind of targeted and sector-specific approach could achieve two main purposes: 1) address the need for streamlining and practical reforms made so painfully evident since the February protests and the May floods; and 2) demonstrate to civic constituencies that they can mobilize and even get to the 28 votes needed to make reforms a reality. There is already at least one such effort taking place at present through a cross-entity civic movement to establish state-level agricultural competencies and polling strongly suggests that citizens are ready for such targeted common sense reforms. Should such existing efforts be supported, or be dismissed as unrealistic?

Fourth, Dr. Bieber notes the need to engage more effectively with BiH institutions through a “procedural approach” to constitutional reform, presumably within parliament and other governing institutions. He does not note, however, that this has been both tried before and continues today through technical and expert support programs, workshops, training sessions and study trips, but with no evident results. The Sejdic-Finci debacle demonstrates the inability of parliament to solve problems or even to identify reasonable solutions.  Their failure – and their passing of responsibility back to the parties – shows that the institutions do not and cannot in fact work outside party agendas. (From this perspective, the ICG report is at least honest in proposing to institutionalize the parties.) The UNDP in BiH, with support from UN experts, has been seeking to engage parliamentarians, and, to a lesser extent, activists, in procedural and technical approaches to constitutional reform through workshops and consultations for over three years, but with no signs of progress. The EU had allocated IPA funding of some one million euro to support a procedural/institutional approach to constitutional reform. This money was reallocated when talk of constitutional reform beyond Sejdic-Finci became verboten. Other donors have funded multiple efforts to professionalize the parliaments, provide them with technical support and create public-consultation mechanisms between citizens and parliament for well over a decade. None has created a fertile environment for reform, and there is little evidence to suggest that yet more procedural support in the absence of a system built on accountability would work either.

Finally, constitutional reform is never a “panacea,” in any country; I noted this on July 9. However, by engaging citizens, creating opportunities for litigation and targeting constituencies ready and able to demand accountability in targeted areas, the language of reform can at least be normalized and, perhaps most importantly, democratized.

The talks that Dr. Bieber noted in Berlin that spurred his commentary are very likely grounded in the international community’s – and, in particular, Germany’s – desire for “stability” in BiH. However, just as one should not confuse support for the status quo political system with neutrality, one should not conflate stagnation with stability.  The notion that nothing can be done, and that muddling through is the best option, can be a comforting policy recommendation for decision-makers distracted by crisis spots around the globe and serious issues at home. It is always bureaucratically the easiest thing to do. However, any approach that does not address the root problem in BiH politics – the lack of any political, democratic accountability – will ensure that the entire post-Dayton investment remains on increasingly fragile foundations.

Dr. Valery Perry has worked for organizations including the NATO Stabilization Force (SFOR), the European Center for Minority Issues (ECMI) and several NGOs. She worked at the OSCE Mission to Bosnia and Herzegovina in Sarajevo from 2004 – 2011, as Deputy Director of the Education Department, and Deputy Director of the Human Dimension Department. She recently served as Chief of Party for the Public International Law and Policy Group (PILPG) in Sarajevo, implementing a project to increase civil society engagement in constitutional reform processes in Bosnia and Herzegovina. She is currently a PILPG Senior Peace Fellow and a Senior Associate in the Democratization Policy Council. All opinions are her own.