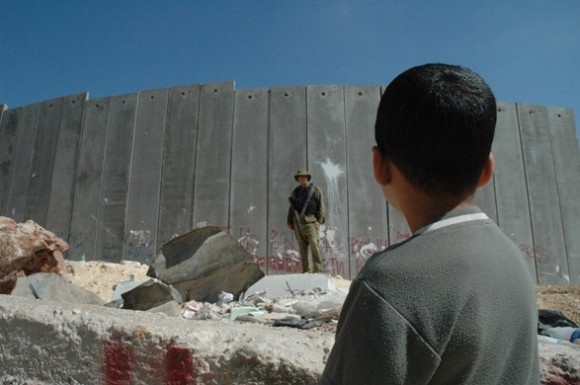 Space for dialogue still remains in this conflict, but conventional peace wisdom needs to be revisited and challenged to adjust to the ever-changing realities in both Israel and Palestine.

In the Israeli-Palestinian conflict, there are three key policy angles that are currently not being touched upon by decision-makers: military disproportionality, religion and inclusion patterns. By not prioritizing these key policy concerns, it is hard to envision that peace will ever be brokered in this conflict, given its history and its strong polarizing potential.

Unlike many accounts, violent behaviour is not one-sided. This however is not to say that the parties’ military capabilities are equal. According to the Stockholm International Peace Research Institute (SIPRI), Israel spent $16 billion on its military in 2013. In contrast, it was reported that the Palestinian Authority’s entire budget for 2013 amounted to $3.9 billion. Despite the clear military disproportionality evident in the Israeli-Palestinian conflict, it is wrong to argue that aggressive behaviour is one-sided, or that there is only one victimized group, for both sides have engaged in military action, albeit commensurate with their armies’ capacity.

There is much attention given to Egypt’s proposed ceasefire, but given the heavy military unevenness featured in this conflict, there needs to be a stronger focus on matters such as demobilization. While a ceasefire would help to facilitate a temporary period of reflection and provision of humanitarian aid, it may also allow the warring parties to regroup and rearm. In other words, a ceasefire would not affect the parties’ overall capacity to wage war. This is particularly true if each party perceives that a military victory is attainable. By focusing on demobilization, one affects the direct costs of waging war, increasing the expenses connected with regrouping and remobilizing, which may in turn make war recurrence less likely.

In terms of how the conflict has been explained in policy circles, the two-state solution advocated by many actors, including the US, is predicated on the belief that Israeli-Palestinian hostilities are based solely on claims over territory. While this remains true in conventional academic and policy terms, there is a problem with approaching this issue on territorial considerations alone.

Religion plays a key role both in the development of war rationale, and on the structural make-up of Israel and Palestine’s social and political infrastructure. At the core of this conflict, legal claims over territory are tightly intertwined with religious history. Any peace plan that tries to bridge these territorial claims with a two-state solution must take into account the religious component imbedded in each actors’ collective mindset. As Landau argues (p.2), religious traditions are paramount for the identity-building process of both Israel and Palestine, deeming them inseparable from most aspects of everyday life. To adopt a secularized, western conception of a peace solution would risk overlooking the important connections that exist between religion and both parties’ claims over territory.

Conventional views of inclusion pervade the currently proposed solutions for the Israeli-Palestinian conflict. When the Oslo Accords were signed in 1993, inclusion patterns were designed based on the premise that two negotiating parties were enough to ensure the legitimacy and representativeness of the subsequent peace deliberations. By initially bringing together individuals close to Israeli and Palestinian Liberation Organization (PLO) decision-makers, a veritable peace process was allowed to transition towards a formal peace agreement. The dyadic nature of the conflict at that time liberated the entire process from having to enact exclusivity.

The current state of the conflict is substantially different from that of the 1980s-1990s, as there are more stakeholders on both sides of the conflict. Since the rise to power of Hamas in 2007, the political insurgency of Fatah, and a proliferation of civil society groups in Palestine, the PLO no longer presents itself as the only proponent of Palestinian interests. Similar patterns can be discerned on the Israeli side, whereby Prime Minister Benjamin Netanyahu’s coalition government is comprised of a mosaic of different political groups, some of which oppose peace talks with Palestine. To craft conflict resolution schemes without addressing the plurality of groups with vested interests in peace would be unwise, and would lead to continued stalls in the process.

Given the disproportionate nature of the military capabilities of Israel and Palestine, the currently overlooked religious aspect of the conflict, and an inclusion pattern that needs substantial adjustments, one can make the following observations.

Firstly, a revisionist mindset needs to be adopted when thinking about the Israeli-Palestinian conflict, whereby conventional western paradigms of peace need to be replaced by locally based solutions. In terms of its relationship with the conflict itself, religion is a severely misunderstood and understudied variable that does not cease to be an omnipresent actor in the region. In this context, religion must be perceived as a central component in any peace initiative, the study of which needs to be initiated locally by groups and individuals better acquainted with religious discourse and its influence on political and social institutions.

Secondly, any peace initiative must also include non-combatant groups. This is done for two reasons, first of which is the dilution of the warring groups’ veto-wielding potential. Given their direct role in war decision-making, military and political classes have traditionally been the obvious actors to include in a peace process, but they have also been the ones with the highest likelihood of renouncing the peace agenda. By expanding this paradigm to include non-combatant groups such as community leaders, non-governmental organizations and foreign governments, one may succeed in decentralizing decision-making power, therefore decreasing the chances of disruption.

And secondly, including non-combatant parties would reflect a yet-to-be recognized reality of war: combatant groups are not the only stakeholders in conflict zones. Wars, in the Middle East and elsewhere, are not confined to their warring parties; they also affect non-combatant groups and individuals, effectively making them legitimate stakeholders of war. To a great extent, peace processes seek overarching social and political changes, which need to be agreed-upon by individuals and groups other than warring parties, for they will also be affected by such changes.

In closing, space for dialogue still remains in this conflict, but conventional peace wisdom needs to be revisited and challenged to adjust to the ever-changing realities in both Israel and Palestine.

Adan E. Suazo is Coordinator of the Loyola Sustainability Research Centre at Concordia University, Canada. His research focuses on the relationship between environmental degradation and the peace processes.

If you are interested to contributing to the debate on conflict and conflict transformation in Israel and Palestine, then please contact TransConflict by clicking here.