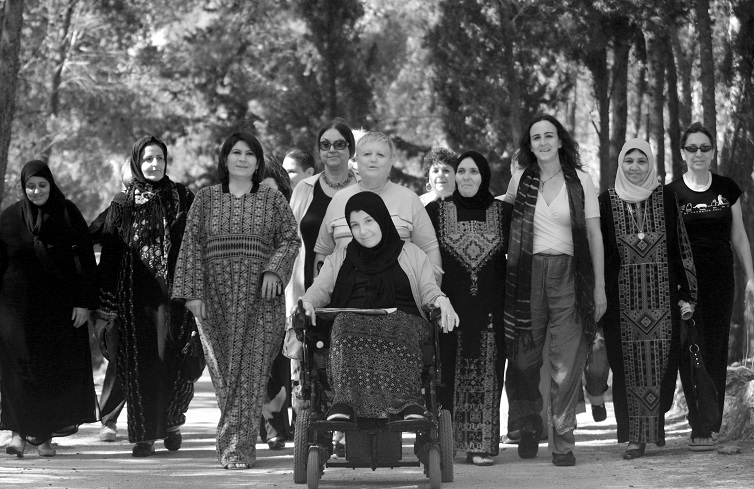 Those living in an ongoing conflict such as that between Israel and Palestine build emotional and psychological forms of self-defence that underpin its continuation and the reasons why it cannot be solved, thereby eliminating accountability for the conflict’s ongoing existence. Faced with this problem, it is necessary to resort to a psychological approach known as ‘paradoxical thinking’.

Our premise is that the Israeli and Palestinian people are both interested in peace, despite the real, fundamental issues of borders, refugees, Jerusalem, etc. There have been many attempts and large, even meaningful public endeavours aimed to offer a variety of “technical solutions” (new ideas for division of areas, settlement exchange, etc.), but the public had rejected these attempts, while denying and repressing the harsh reality of the Palestinians. The public of both sides is now in great despair and the conclusion is that we must find new, innovative ways; we must think outside of the box and come up with methods that have not yet been tried before in this context.

Through our long and serious research work and field trials, we have found a string of three links, which may help overcome the problem if understood correctly.

So how can it be done?

Those living in an ongoing conflict build an emotional and psychological self-defence that underpins its continuation and the reasons why it cannot be solved, thus eliminating accountability for the conflict’s ongoing existence. For example, friends who are conflicted with one another are both convinced they are the ultimate victims, that they have always tried to reach a peaceful agreement and that the other side is inhuman and only wants violence. The public of both sides had been approached many times to see the complications in their reality, but those attempts had always been met with walls and defences.

In order to overcome those walls, we have developed a psychological approach of ‘paradoxical thinking.’ We have taken the arguments the public believes and instead of trying to convince by presenting opposing information, we have taken the arguments to the extreme, saying “the conflict must be continued,” because then we will feel moral, righteous, united, etc. Meaning, we have taken the public’s psychological arguments to the extreme, which made people recognize the problem, and then they started asking questions, like: do I really need the conflict? Am I really like this? Am I willing to cause pain and death only because I need the conflict? That cannot be true. After all, on a basic level I do want peace and am ready to do a lot to achieve it. In this way we’ve made people take a deep look and explore if what they feel and think is correct.

The results were incredible. People started assuming responsibility for the situation and, ultimately, a large portion of the public had changed their approach and position regarding the conflict. The extensive academic research we have conducted with a group of subjects that represented the entire Israeli public (59% right-wing), had shown that 33% of the subjects who had initially defined themselves as right-wing, had changed their approach towards the Israeli-Palestinian conflict, meaning they understood that Israel is not doing enough to achieve peace. By the end of the experiment they were willing to make territorial compromises and some were even willing to make compromises on Jerusalem. This was a huge surprise for us.

The research, which was published in one of the world’s leading scientific journals (PNAS) had proved that we have a powerful, revolutionary tool in our hands, one that can lead to a thorough modification in the public’s opinions on the conflict. Now we must reach the entirety of the public through the media, while developing and implementing messages with ‘paradoxical thinking,’ which will result in a fundamental shift towards real peace.

Yitzhak Frankenthal is the founder and executive director of the Arik Institute for Reconciliation, Tolerance and Peace, established in memory of IDF soldier Arik Frankenthal, Yitzhak’s son, who died in combat with Hamas.

Yitzhak (63) has been working to promote peace and reconciliation between the nations ever since his son’s passing on July 1994. Yitzhak had initiated and founded the group of bereaved Israeli and Palestinian parents, who work for peace and reconciliation, despite being told it was an impossible mission. Yitzhak was told it was inconceivable that Palestinian parents, who lost their children to Israel, would ever reconcile with Israelis, and that is was equally as inconceivable that Israeli parents who lost their children to Palestine would ever reconcile with Palestinians.

Yitzhak, defying all advice, had initiated, founded and succeeded. Today the group has over 600 bereaved Israeli and Palestinian families. Yitzhak was director of the organization since its establishment in 1995 until 2005.

Yitzhak was selected by singer Leonard Cohen to establish and manage the American Fund for Reconciliation Tolerance and Peace. The fund, under Yitzhak’s management, donated over one million dollars to both Israeli and Palestinian peace and human rights organizations. Yitzhak was very close to Rabin, Barak and Arafat, whom he met frequently. President Barack Obama mentioned Yitzhak in one of his speeches as an example of the right way to work for peace.