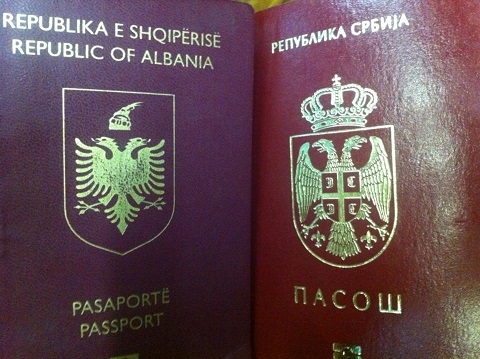 The incidents during the recent football match between Serbia and Albania and the fall-out with attacks against bakeries owned by real (and presumed) Kosovo Albanians in Serbia and the postponement of the visit of Albanian Prime Minister to Belgrade have created a misleading hype about Serb-Albanian relations.

Numerous media reports and a recent study by IFIMES, based in Ljubljana, which received considerable media attention often note how many decades no Albanian head of state has visited Belgrade (of course Edi Rama is not the head of state), but such chronology is mostly hyperbole. The reason for the long gap were difficult relations between Yugoslavia—not Serbia—and Albania during the Socialist period. Even this tense period was interspersed by moments of cooperation, such as between Kosovo and Albania in the 1970s. Thus, the fact that mutual visits have been few is not indicative of Serb-Albanian relations, until not until the 1990s. In 1997, Fatos Nano met with Slobodan Milosevic during a regional summit in Grece—back then described by Albanian TV, according to the BBC “the first meeting at such a high level between the two sides in 50 years.” Of course, the Kosovo war broke out a few months later and a rapprochement do not continue. However, the idea that relations are difficult is a myth and the lack of contact or high ranking visits is more indicative of the lack of perceived need for good relations than tensions. While both countries have and continue to hold different views on Kosovo, there are few bilateral issues (especially since they no longer share a common border). The limited ties (although JAT and after an interruption Air Serbia has been flying from Belgrade to Tirana for years), point to the fact that while the ‘Yugosphere” means the relations between the countries that emerged from Yugoslavia are dense and intense, those to Albania are much weaker.

In fact, we are thus talking about a confusion of relations between Serbia and Albania with Serb-Albanian relations in the post-Yugoslav space. The taunting flag of “Greater Albania” above the Belgrade stadium has given rise to suggestion that greater nation-states are still “dangling in the air”. While I have had discussions what the flag represents (whether it is greater Albania, i.e. a state in these borders or ‘just’ a more abstract claim to such territories as being ‘Albanian’), it does not matter. The idea of a “Greater Serbia” and  “Natural Albania” (as its proponents often call it) exist. Yet, these are irrelevant ideas. The Red and Black Alliance in Albania got just a little more than 10,000 votes in parliamentary elections in 2013, the only party supporting this agenda openly. Sali Berisha, in his efforts to utilize the centenary of the Albanian state for his political survival used it and failed. Arguably in Kosovo, Vetëvendosjehas been a more formidable proponent of Albanian nationalism and talk of Albanian-Kosovo unification, yet its support arguable is more based on its criticism of the governing parties and its anti-corruption rhetoric than its nationalism. In Serbia of course, the party which publishes “Greater Serbia”, the Radical Party, is no longer in parliament and I have argued earlier, the main basis of Serb nationalist rhetoric was not the creation of a ‘great’ nation-state, but a narrative of grievance and fear. Thus, the juxtaposition of “Greater Albania” against “Greater Serbia“ as the aforementioned report suggests is misleading. Danger arises from stories of owns one righteousness and the threat of the other. The power of nationalism is the strongest not when it promises the world (or at least a good chunk of the neighbor’s land), but when it speaks to people’s fears and protests one’s (in the sense of collective) innocence. Unfortunately, much of the debate after the incidents in the Belgrade stadium were shaped by such perceptions. Political elites, both in Serbia and in Albania reactions were displaying nationalist instincts, talking about the other (from the Serbian government, from the Albanian government, see also the tweet exchange between Rama and Vučić) as being responsible, while one’s own side is peace-loving and innocent.

Thus, the tense responses in Tirana and Belgrade are more surprising than expected. As mentioned earlier, relations between Serbia and Albania are not historical bad, as media reports might suggest, and there are no significant political players who want to create some ‘Great’ nation states. Yet, narratives of innocence and moral superiority are quickly established. It would be tempting to call this pandering to one’s own nationalist electorate, but this does fully explain the dynamics. Neither government has an election to win any time soon, and much too loose from worsening relations, in particular in regard to EU accession.

Regional cooperation, a key condition of the EU, has been good to talk and meet (especially if you are minister), but sensitive topics are left out. The fact that German chancellor Merkel had to intervene in the dispute is an example of the Serbian and Albanian governments depriving themselves of agency in regional cooperation and rendering their commitment to good neighborliness less credible. Thus, if only a calculated move by governments, it seems like a risky gambit. More plausible than just a strategic use of nationalism, the responses seem to suggest that underlying stereotypes remain salient. Many in Serbia still think, like Vučić, that Greater Albania is a real threat and many in Albania (and Kosovo) don’t challenge the idea that one’s own nation is innocent and that nationalism is benevolent, unlike the neighbors. In this way, the lack of relations, rather than the bad (but intense) relations between Serbia and Albania facilitated the fall out in recent weeks.

This article was originally published on the Balkans in Europe policy blog, and is available by clicking here.