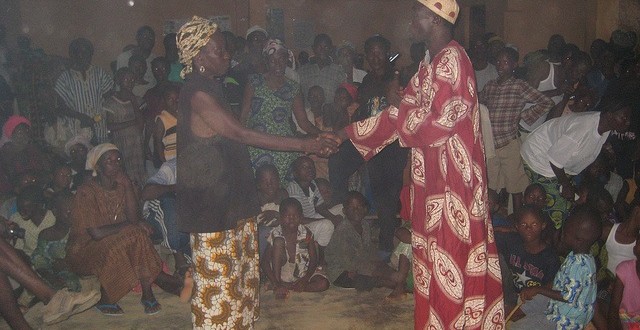 Reconciliation is a long-term process, and as Sierra Leoneans continue to drive and define the process, ex-combatants and youth will play a key role in ensuring it is one that is transformative of society, rather than purely restorative.

The Sierra Leonean civil war raged for over a decade, decimating the country and causing unimaginable suffering amongst one of the poorest populations on earth. Civilians bore the brunt of violence. Caught between three main armed groups, a staggering array of abuses were inflicted upon men, women and children of all ages and backgrounds. The conflict became notorious for the use of child soldiers. Typically recruited by force, thousands were brutalised and became perpetrators of atrocities against their own communities. By 2002, when peace was declared, more than 50,000 people had been killed, thousands maimed and millions displaced.

The intensity and scale of violence in Sierra Leone’s civil war presented major challenges to building peace. Reintegrating former fighters into the social, political and economic life of the country requires not only providing skills to those who have known only war for a decade but, in many cases, a delicate process of reconciliation. Two formal transitional justice mechanisms directly linked to this endeavour were established. In 2002, the Special Court for Sierra Leone was tasked with prosecuting senior leaders considered most responsible for atrocities. A Truth and Reconciliation Commission (TRC) was also set-up to assist in the national project of healing, providing an extensive report in 2004 on the roots of conflict and a litany of abuses by all sides.

In meeting the needs of ordinary Sierra Leoneans, both institutions have been widely criticised. The Special Court has been seen as an external exercise largely removed from the people it was intended to benefit, particularly in the prosecution of Charles Taylor which took place in the Hague. Survivors of rebel amputations have expressed frustration over the huge financial costs of the court as they struggle to meet basic daily welfare needs. Similar discontent has been voiced over the TRC’s failure to bring practical assistance to victims of war, or to promote any deep sense of reconciliation in communities most affected by violence.

Below the surface – the need for transformative reconciliation

That Sierra Leone may be in need of ‘deeper’ reconciliation is not immediately obvious judging by appearances alone. Despite the apparent limited impact of formal transitional justice mechanisms, communities remain united in their determination to avoid a return to conflict and to focus on development. This willingness to ‘move on’ has allowed ex-combatants to live peacefully among the wider community, without fear of retribution. In this sense, Sierra Leone is a success story for reintegration and reconciliation.

However, scratching below the surface reveals a different story. Many former fighters have not returned to their home communities, but have instead sought the anonymity of the larger urban areas:  a case of relocation, rather than reintegration. Where ex-fighters have returned to rural communities, the need for deeper reconciliation – beyond a simple collective will to ‘move on’ – is clear. Largely missed by the TRC and other internationally-sponsored efforts, rural villages do not afford former perpetrators and victims the space to avoid each other, and the past cannot be easily left behind.

It is in these communities that the need for locally defined, designed and implemented forms of transitional justice has been demonstrated. Since 2008, one Sierra Leonean NGO, Fambul Tok (meaning ‘family talk’ in Krio), has recognised this need by assisting rural communities in setting-up their own tradition-based reconciliation programmes. In rural southern and eastern districts, many villages positively contrast their experience of Fambul Tok, in which their ideas about justice and forgiveness are central, to the perceived irrelevance of the Special Court and TRC. Subsurface wartime grievances have been addressed in ways that engage the whole community but avoid stigmatising ex-combatants.

The success of activities such as those by Fambul Tok are encouraging, but Sierra Leone’s history cautions against romanticising local tradition. For many, traditional village power hierarchies and divisions between youth and elders were instrumental in leading the country to civil war. Any reconciliation programme that seeks to uncritically restore the pre-war status quo is as likely to widen divisions as reduce them. Reconciliation is a long-term process, and as Sierra Leoneans continue to drive and define the process, ex-combatants and youth will play a key role in ensuring it is one that is transformative of society, rather than purely restorative.

Kieran Mitton is a lecturer in International Relations at the Department of War Studies, King’s College London.