Aceh, Indonesia, and Sri Lanka offer relevant – if tellingly different – windows into the possible trajectories of how disaster and its management can affect political impasse.

Recent weeks have been challenging in Nepal, already weighed down by earthquake destruction, logistical challenges and human suffering. A major donor conference pledged billions of dollars for reconstruction, and one of the major parties walked away from a proposed plan for a reconstruction agency.

Many Nepalis welcomed the announcement in June of agreement on a federal structure following years of negotiation and uncertainty. But important Nepali communities felt excluded from the deal and are unhappy with some of its conditions, while tough decisions on the details of federal restructuring have merely been put off to a later date.

It was 2006 when Nepali Maoist rebels agreed to put down their weapons and join a democratic political process; a move which prompted people onto the streets of Kathmandu in jubilation at the prospect of an end to war.

There were high hopes in 2008 when a representative Constituent Assembly was elected to a two-year term, only to have the terms extended again and again as rival parties failed to agree on a new constitution and how to administer the country. When the earthquakes struck in April and May this year, there was still no clear vision for central or local governance in the country.

A crisis is a ‘time of danger or great difficulty’, but also a ‘decisive moment’ and a ‘turning point’, according to Oxford dictionary. The shock of an emergency can jump-start a stalled peace process, producing at least the spark of opportunity for divided political leaders to converse more constructively.

It could be useful to consider two other conflicted states that suffered major natural calamity with both humanitarian and political repercussions. Every context is different; every conflict has societal configurations and dynamics that are unique and special.

Direct, cold comparisons do not work when such huge dimensions are at stake. At the same time Aceh, Indonesia, and Sri Lanka offer relevant – if tellingly different – windows into the possible trajectories of how disaster and its management can affect political impasse. 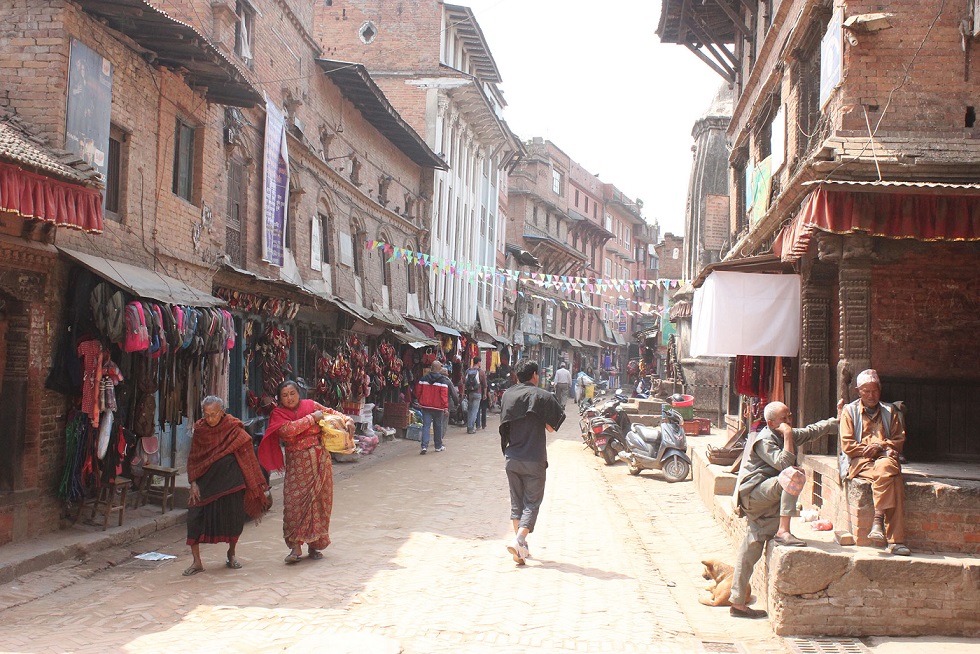 Aceh and Sri Lanka after the 2004 tsunami

The 2004 tsunami killed an estimated 167,000 people in Aceh at a point of continuing civil war fought between the rebel Free Aceh Movement (Gerakan Aceh Merdekaor GAM) and the state. In Sri Lanka more than 36,000 are known to have died, with some 800,000 displaced. The Liberation Tigers of Tamil Eelam (LTTE) had similarly been fighting for self-determination in the north of the country. Partly through a 2002 Norwegian-brokered ceasefire they had even established their own semi-autonomous zone.

In the weeks after the tsunami, the government and the LTTE agreed to develop a Joint Mechanism to deliver relief to the affected population, potentially unlocking a forum for more constructive dialogue. A dispute over the LTTE’s claim of administration rights for emergency aid funds, however, led to a hardening of party positions.

A third major voice was also recognised as a participant in negotiations, namely the Muslim community, which had been resident in affected inland areas. Settlement prospects disintegrated as ultra-nationalists refused to deal with other actors out of fear of losing sovereign control, and violence broke out again.

In Aceh the situation was altogether different. The GAM declared a unilateral ceasefire. A newly elected President announced that the tsunami had produced an overwhelming political, moral, economic and social imperative to end the conflict. The final status of Aceh had been a major sticking point in negotiations.

The parties were now able to move from incompatible positions of autonomy and independence (anathema respectively to the GAM and the government) to a new formulation of ‘self-rule’ (tolerable to both). Negotiations resumed a month after the tsunami, in January 2005, and by July a peace deal had been signed.

Both conflicts were similar in terms of long-running duration and bitterness; both were about identity groups claiming rights and territory; both entailed grievances, human rights abuses and civilian casualties. In Sri Lanka political developments post-tsunami intensified prolonged crisis, displacing any potential for compromise and leading eventually to all-out military victory by the state and to date no viable reform or redress.

For Indonesia and the GAM leadership settlement talks were not easy. But a new law governing Aceh was finally passed, and an incarcerated rebel leader who had escaped prison remarkably after the tsunami destroyed the jail in which he was imprisoned, narrowly escaping death by drowning, went on to become an elected official in the province.

Crisis and change in Nepal

Transitions are neither easy nor smooth, and survivors of war and natural disaster have different experiences, needs and feelings of entitlement. In post-tsunami Aceh, social challenges of economic and gender inequality persist alongside a rising force of Sharia law. But there has been no recourse to violent conflict; people no longer live in fear of abduction or military operations.

Sri Lanka is attempting new national government and a reclaiming of democratic governance after post-war authoritarianism, while the international community deliberates charges of war crimes in relation to the end of the war.

Issues of choice, inclusion, and compromise are there for the taking in Nepal. There is a long tradition of urban/rural and client/patron divides in political party processes, alongside problems of caste, land ownership disputes and sheer poverty. In the humanitarian crisis that has followed the earthquakes, political stasis over the constitution that has weighed down Nepal’s post-war transition has itself now become an emergency.

Nepal’s 2006 peace agreement promised to redress wartime grievances of exclusion and inequality. Peace and transition agendas converged around the development of a new federal model embracing ethnic representation. Nepal commentator Thomas Bell has described how this latest constitutional deal essentially offers ‘more of the same’, and defers the most difficult decisions (and hence the deadlock) on the delineation of the federal provinces.

Meanwhile the process to reach the new agreement has been even more exclusionary than normal in Nepal, without any public input (although a very fast-tracked consultation is scheduled later in July). Also, some of its proposed provisions have angered the very marginalised communities it is supposed to support.

Nevertheless, a national unity government that functions well might see infrastructure development alongside reconstruction. It might raise access and levels of education, create new forms of employment and maximise the potential of people and resources.

Nature, after all, may be blamed for only part of any major disaster. Response and responsibility are in the human sphere. The people of Nepal deserve a new, genuinely inclusive constitution and a new beginning.

Dr. Alexander Ramsbotham is the Head of Accord. Judith Large is a Senior Research Fellow at the Conflict Analysis Research Centre.

The Accord Nepal project is part of the Political Settlements Research Programme, a four-year initiative to inform more effective engagement with political settlements to build stable and effective institutions, reduce poverty, and minimise violence in divided and conflict-affected societies.