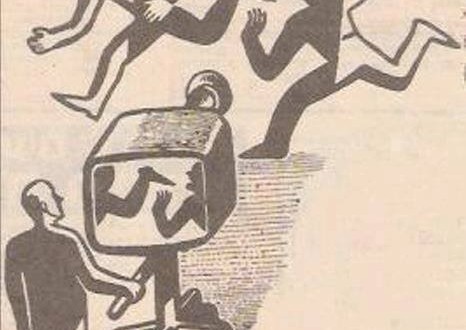 There is a significant subculture in many modern societies which rejects efforts to try to find explanations (and ultimately preventative measures) for behaviours which result in harm. The search for any of these potentially influential factors, according to this view, is tantamount to making excuses for the perpetrators of harmful behaviour.

Social scientists are concerned with identifying the individual and societal factors which lead people to behave in certain ways. In criminology, the branch of social science to which I belong, we try to find explanations (and ultimately preventative measures) for those behaviours which result in harm. For everything from theft, assault and police violence, to rape, human trafficking and genocide, our task is to ask two questions: why did it happen, and how should we respond?

There is, however, a significant subculture in many modern societies, which rejects these efforts. You will likely have encountered the attitude I am referring to because it is common in political and media discourse and, consequently, under the comments section of many newspapers’ online articles and social media posts. It involves reacting to harmful acts in two ways: firstly, by stating that any harmful behaviour is explained wholly by the moral inferiority of the perpetrator; secondly, by condemning anyone who suggests that a more complex and varied set of factors might be responsible. The search for any of these potentially influential factors, according to this view, is tantamount to making excuses for the perpetrators of harmful behaviour.

Why consider the causes of crime, when denouncing the perpetrator is sufficient? Stephen Harper, the former Prime Minister of Canada, considers Statistics Canada to be “ivory tower experts”. Apparently, reporting a drop in recorded crime is equivalent to “making excuses [and] denying that crime is even a problem”. Crime is not a sociological phenomenon, as far as Harper is concerned, and he certainly doesn’t want you to “commit sociology” when talking about political violence, either.

The Mail on Sunday is outraged by the suggestion that the shoplifting of food and diapers might be linked to sharp reductions in welfare in one of the poorest parts of England. The New York Post has no time for those who raise social issues when discussing rioting. Might cognitive biases or broader societal racism be factors in racially-motivated police violence? To suggest as much is an “annoying equivocation”. Depending on whom you talk to, neither the foreign policy of western nations, nor religion, have any role to play in explaining the rise of ISIS. The list goes on and on.

This kind of attitude is just one manifestation of the ‘us’ and ‘them’ mentality so prevalent in the UK, the US, and many other countries. It exists on both sides of the political spectrum, demanding that they (the other, whoever they are) must be punished for their actions, because they are unforgiveable and they have acted this way purely out of choice.

The reality, however, is that there are many factors which make harmful behaviours more likely. In regard to criminal activity, these conditions are called “criminogenic”. To recognise that certain conditions are criminogenic is not to make excuses or to deflect responsibility entirely away from the perpetrator. It is about realising that harmful behaviour is complex. It is about understanding the relevance of structures, environments and contexts on one hand, as well as choice, free will and individual agency on the other. Only by taking all of these factors into account do we give ourselves the best chance of preventing crime and other harmful acts in the future.

Of course, some of the most influential promoters of this simplistic approach are motivated by political or commercial gain. The problem is that their comments lead people genuinely to believe that explanations are the same as excuses. As a result, many members of our society have come to view the search for explanations with contempt.

While this belief must be challenged, we must also show understanding and compassion towards people who hold it. Any number of factors, including fear, anger, inexperience and lack of knowledge on a subject, can diminish a person’s ability or inclination to resist the influence of misleading rhetoric. They may say and do harmful things as a result of this attitude, but we have to view this in the context of the sheer volume of propaganda they are exposed to.

I say this not to excuse their behaviour, but in an attempt to explain it.

Ian D. Marder is a Ph.D. Student, School of Law, University of Leeds and Founder of the Community of Restorative Researchers.

The Community of Restorative Researchers is a member of the Global Coalition for Conflict Transformation. If you are interested or involved in restorative justice, please join the Community of Restorative Researchers on social media. We have a Facebook page, a Facebook group and a LinkedIn group. We also have a page on SoundCloud, from which you can download our new podcast series, Restorative Conversations. Finally, you can read our latest publication, Restorative Introductions, on the website of the European Forum for Restorative Justice. This is a collection of short biographies, commentaries and posters which summarise the research, practice, policymaking, activism and other pursuits of some of the many individuals and organisations working in this field.