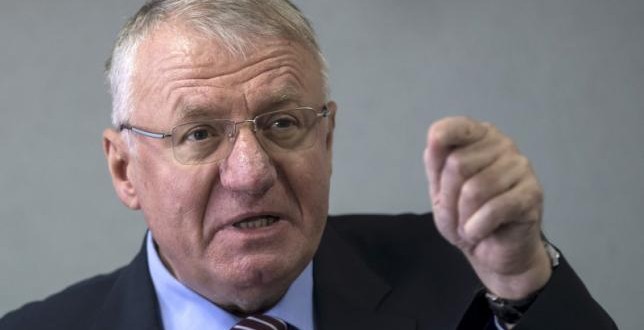 The mechanisms of international criminal justice have received ample criticism for being slow, expensive, and limited or biased in scope. As we look ahead to a time when justice for current conflicts might be possible, leaders and lawyers must work together to best balance the needs of perpetrators for a fair, legitimate process with the needs of victims for recognition of the harm caused.

The judgments announced within the past week by the International Criminal Tribunal for the former Yugoslavia against Radovan Karadži and Vojislav Šešelj call for renewed focus on international criminal justice and its role in post-conflict reconciliation. Karadžić’s unsurprising conviction for all but one crime has been applauded as a sign that the system is working, while Šešelj’s shocking acquittal of all charges has prompted speculation of judges pandering to complaints about judicial bias. Both outcomes, for different reasons, suggest a need to reflect on how we can better reconcile judicial results with public opinion and provide a process that is fair and just for everyone.

Šešelj’s case is a paradigmatic example of the possible contrast between judicial process and public opinion. Here we have someone who was convicted three times (a record at the ICTY) of contempt of court and, since being released to Serbia in 2014 for medical treatment, has taken every advantage of his freedom to continue disseminating threatening, ultra-nationalist messages. Šešelj’s involvement during the war in despicable actions against non-Serbs are undisputed even by him. He brings to mind an even more extreme version of Donald Trump, one who not only advances blatantly racist policies but also incites extremism and violence. The fact that he represented himself and presented no defense at trial (other than to insult the judges and dispute the legitimacy of the Tribunal) makes his acquittal all the more baffling. How does his acquittal address the needs of the victims or contribute to a broader narrative of how all sides were guilty of appalling acts during the war?

The distinction in the case of Karadžić is more subtle. His lone acquittal has been largely forgotten amidst the celebration of his conviction. Karadžić is the seventh to stand trial for genocide committed in the Bosnian municipalities during the early years of the war and now the seventh to be acquitted of the charge. Although the outcomes in the preceding cases made Karadžić’s acquittal all but inevitable, there was some hope that his position as the highest ranking leader to be tried for this crime would allow for the finding of the requisite genocidal intent that eluded the prior trial chambers.

As a lawyer and former ICTY intern who has studied the prior ICTY genocide cases extensively, I understand how the Karadžić Trial Chamber arrived at its decision, but as someone who cares deeply about promoting peace in the region, I can’t agree with it. Karadžić’s indictment for genocide in the municipalities predates the killings at Srebrenica, which remain the only genocide recognized by the ICTY. In the early years of the war, journalists and governments around the world called the killing and detention of Bosnian Muslim and Bosnian Croat civilians genocide, and it is these allegations that led to the establishment of the ICTY in the first place, so it is tragically ironic that the Tribunal has yet to convict anyone of that crime. Karadžić and the others may have escaped conviction in The Hague, but in the courtroom of public opinion and the eyes of their victims, they are guilty. This gap between process and public opinion fails to provide due justice to those who’ve been waiting more than 20 years to have the official record reflect what they already know to be true: that what happened to them was genocide, an attempt to destroy their ethnic group in that region.

The mechanisms of international criminal justice have received ample criticism for being slow, expensive, and limited or biased in scope. As we look ahead to a time when justice for current conflicts might be possible, leaders and lawyers must work together to best balance the needs of perpetrators for a fair, legitimate process with the needs of victims for recognition of the harm caused. If necessary, we should consider how to update the black letter law to better fit the crimes we are now seeing so that judicial decisions are more aligned with reality. Justice will be fundamental for both establishing and maintaining peace in all of the conflicts occupying today’s headlines, and we cannot afford to repeat the mistakes made by the ICTY.

Kendra Wergin is a US-qualified lawyer in London and former intern on the Ratko Mladić prosecution team at the ICTY. Her research on the problematic legacy of the ICTY’s genocide jurisprudence was published in 2014.

The views expressed in this article don’t necessarily reflect those of TransConflict.