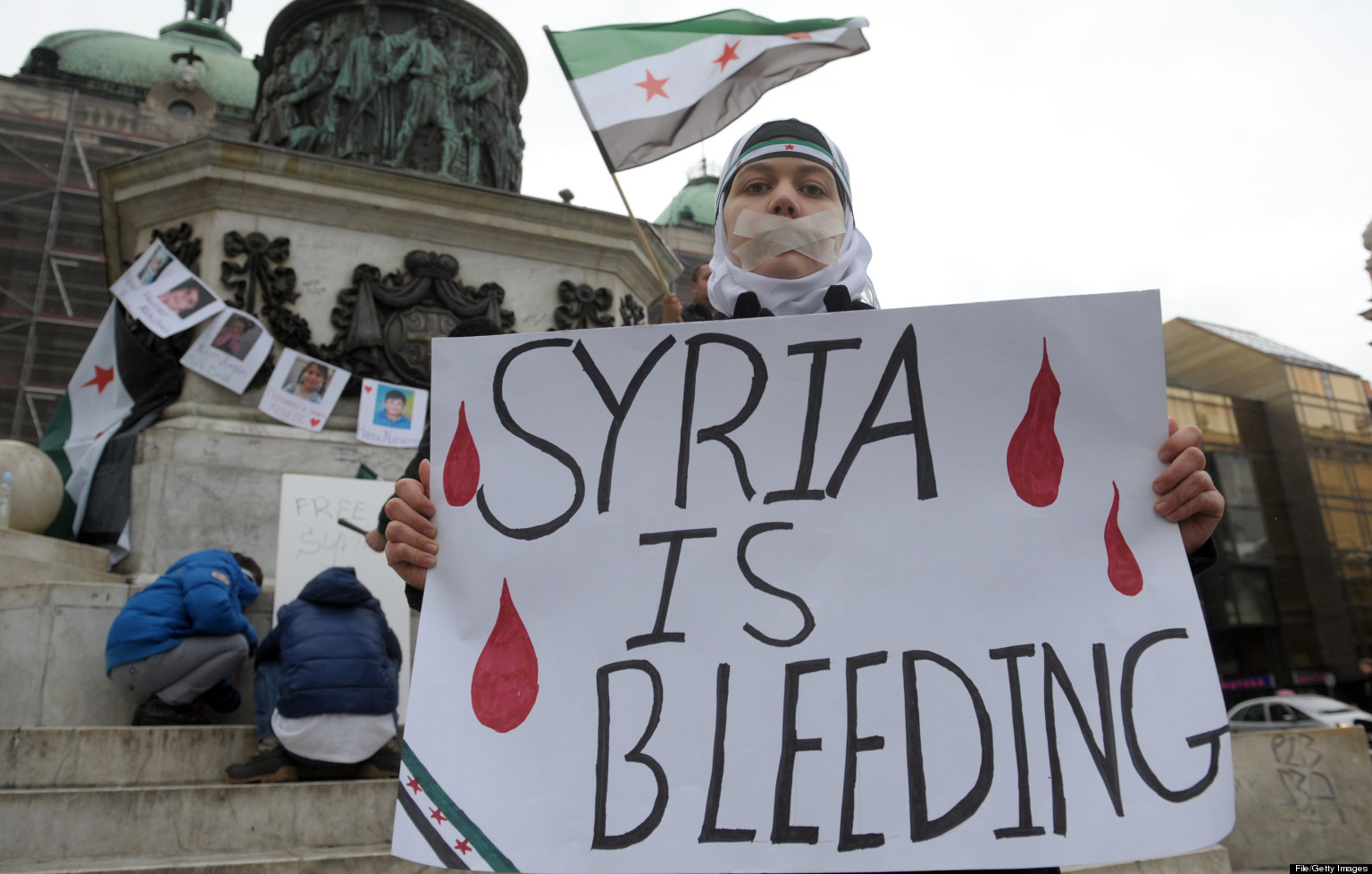 A recent wave of fighting in Syria, especially in the Eastern Ghouta zone near Damascus and in Afrin, a largely Kurdish area near the frontier with Turkey has highlighted the violations of humanitarian international law. Calls from U.N. officials for at least a month-long truce so that food and medical supplies could reach the civilian population have not been honored. The scale of the violations are such that they can be considered as a deliberate policy and not as events of “collateral damage” in the fog of war. These violations of long-established humanitarian international law are evidence that the laws of war are increasingly being undermined with few governmental reactions.

Eastern Ghouta is near Damascus and has been a contested zone since early in the 2011 uprising. Ghouta is close enough to Damascus so that opposition mortars can be fired on districts in Damascus – close enough also so that rockets and barrel bombs from government helicopters can increasingly fall on the zone. Hospitals have been hit, probably deliberately. Eastern Ghouta is one of the de-escalation zones agreed to by Russia, Iran and Turkey. However not all the opposition groups are party to the de-escalation agreement which opens the door to ever-escalating violence.

Afrin is in the Aleppo Governorate and in an area with a large Kurdish population. The Turkish government suspects all organized Kurdish groups to be “terrorists” or potential terrorists. Moreover the demands for independence of the Kurdish Autonomous Administration in Iraq linking to a possible similar Kurdish zone in Syria is considered by the Turkish government as an active threat to be countered by force. Thus for the past month, Turkish troops in the mis-named “Operation Olive Branch” have been attacking Afrin and its surrounding area. As an element in complicated Kurdish politics and alliances, a pro-Syrian government Kurdish militia has joined the battle to defend Afrin. The dangers of escalation and greater loss of civilian life are very real. For the moment, negotiations on a resolution of the armed conflict within all of Syria seems to be at a dead point, at least in terms of public negotiations.

Current armed conflicts in Afghanistan, Yemen, Syria-Iraq-ISIS-Turkey, Libya, Somalia and elsewhere have led to repeated and conscious violations of humanitarian international law such as attacks on medical facilities and personnel, killing of prisoners-of-war, the taking and killing of hostages, the use of civilians as “human shields” and the use of weapons which have been banned by treaties.

Such a conference would bring together into a coherent synthesis the four avenues of humanitarian international law: [3]

I would cite a precedent for this re-affirmation of humanitarian international law from personal experience. During the Nigeria-Biafra civil war, I was part of a working group created by the International Committee of the Red Cross to respond adequately to the challenges of this conflict which was the first African armed conflict that did not involve a colonial power. The blocking of food flows to Biafra and thus starvation as a tool of war was stressed in our work. [6]

One conclusion of the working group was the need to re-affirm the Geneva Conventions and especially to have them more widely known in Africa by writing Africa-focused teaching manuals. Thus, as at the time I was professor and Director of Research of the Graduate Institute of Development Studies, Geneva, I collaborated with Professor Jiri Toman, Director of the Institut Henri Dunant on the creation of such a manual to be used in Africa. Today, such culturally-sensitive manuals could be developed to explain humanitarian international law.

Such a re-affirmation conference would be welcomed by civil society organizations related to relief, refugees, human rights and conflict resolution. A certain number of these organizations have already called attention to violations and the need for international action. There is a need for some governmental leadership for the re-affirmation of humanitarian international law as a basis of world law dealing with the protection and dignity of each person.