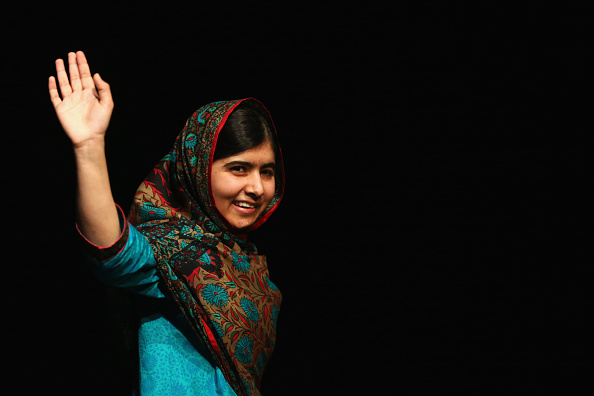 Soft power is slow, difficult to develop, spontaneous in many cases, and less effective than hard power. However, it is present more than ever as one of the most important mechanisms for attracting and achieving goals. If the focus of the great powers shifts from the promotion of violence as a way of imposing one’s own ideals to soft power mechanisms, then it is possible to create firm ground for building a culture of peace.

Soft power represents the ability to attract and achieve a desired outcome without the use of force, which is characteristic of so-called ”hard power.” This term was introduced by Joseph Nye in 1990, and it is increasingly used as a theoretical framework for situations in which different forms of lobbying have an impact on public opinion. Unlike hard power, which involves the use of sanctions, military force and threats, soft power draws its strength from history, culture and diplomacy. This type of power is not limited to states, international institutions or NGOs, but it is also used by individuals and civil society.

The essence of soft power is the use of arguments and dialogue with the complete absence of violent methods of persuasion. It is based on three basic resources: state culture, political values and foreign policy. For instance, when we talk about a culture that is characterized as “the culture of the West”, the attractiveness of states like the United States and France is clear. Therefore, language, cinema, art or literature become an important “weapon” that the state has at its disposal while trying to expand its soft power.

Economic resources can also be an important part of attracting and spreading the influence in a peaceful manner. At the moment, China precedes in its immediate neighborhood, as well as in other regions such as Africa, through various investments ranging from those related to infrastructe to those related to healthcare. While Nye criticizes China for their projection of soft power by the government and not civil society, this country still manages to achieve significant economic growth,and at the same time, create conditions for a great promotion of its values and methods. Unlike Russia, which relies heavily on hard power, China is devoting itself to development of strategies such as the Belt and Road Initiative, which additionally emphasize the image of a non-violent state.

Throughout history, the projection of military power and the development of weapons were ways to ensure the security of the state, and the best example is the development of atomic weapons by a number of states after World War II. Even during the Cold War, the soft power of the Soviet Union was worsening whereas the military power grew. This shows us that it is necessary to find a balance between these two types of power and that hard power cannot alone be the bearer of global domination. The above mentioned China not only pays attention to the development and modernization of the army, but also actively works on its soft power through the opening of a multitude of Confucius Institutes around the world in order to interest people to learn their language and culture.

These methods of establishing domination show a change of focus from traditionally violent methods of spreading influence to those that in their basis have soft power as a driving force. Soft power also provides the opportunity for smaller and poorer countries to compete with the larger ones and the richer ones by promoting their own cultural or political values. There are countries that cannot compete on the basis of hard power, but can in other areas such as technological innovation, tourism, sports, education, art, international assistance and cooperation. For example, Finland builds its soft power by preserving the reputation of the country with an innovative educational system. Likewise, soft power is not only unique for developed societies. The best example of this is Tibet, which has no economic or political power, but regardless of that, the charismatic Dalai Lama enjoys great support throughout the world. In the case of Cuba, regardless of the negative perception of the local authorities, the soft power of that society and things such as unique way of life, tradition and music still make the perception of the rest of the world generally positive.

While observing sport and sport diplomacy, we can see that there are useful soft power tools that can be used to build a platform for dialogue, reconciliation, anti-racism and integration. After the racist apartheid regime collapsed in South Africa in 1995, one year later, a rugby world championship was held there. Given the fact that this sport in South Africa is seen as a sport for white people, Nelson Mandela used this opportunity to promote unity, reconciliation and integration in a divided country and managed to deconstruct the idea that rugby is a “white” sport. Likewise, in the 1970s, table tennis friendly matches between the US and China were the overture for Nixon’s visit and the normalization of relations between the two countries. After the USA boycotted the Olympics in Moscow in 1980, and the Soviet Union boycotted Games in Los Angeles in 1984, and sports co-operation between the two countries was re-established only after the Goodwill Games in 1986.

If the focus of the great powers shifts from violent action and the promotion of violence as a way of imposing one’s own ideals to soft power mechanisms, then it is possible to create firm ground for building a culture of peace. Civil society, namely citizens, media, non-governmental organizations and other constituents of the society, should perform a projection of soft power. Right here, the importance of human capital can be realized, and that same human capital is crucial for the development of one state. It is hard to imagine that the world’s largest forces will give up military supremacy for cultural and other values, but at the same time it should not be forgotten that the image of a peaceful country (such as the image which Scandinavian countries portray) gives great advantage for the achievement of foreign policy goals. Soft power is slow, difficult to develop, spontaneous in many cases, and less effective than hard power. However, it is present more than ever as one of the most important mechanisms for attracting and achieving goals. In the 21st century, many more ”battles” are taking place in the fields of business, science and innovation, and less on the military fronts.

Muamer Hirkić is a Bachelor of English Language and Literature, currently pursuing MA degree in International Relations and Diplomacy. He is a writer/contributor for Youth Time Magazine and BalkanVibe.