Strengthening regional co-operation is a prerequisite for overcoming one of the prime legacies of the collapse of the former Yugoslavia – the fragmentation of previously inter-dependent markets and dissolution of trading links.

Though a key condition for membership of the EU, regional co-operation throughout the Western Balkans remains under-developed in a number of important areas. Accordingly, TransConflict has developed a comprehensive approach designed to strengthen the capacity of municipal officials and small- and medium enterprises (SMEs), especially those in border regions, to understand and contend with the specific practicalities and challenges of regional co-operation.

By fostering regional networks of information and communication, for instance, by providing a framework through which to establish contacts with potential partners and to become better acquainted with market structures and opportunities, TransConflict will help expand the access that SME’s have to alternative markets. TransConflict also encourage regional co-operation by building mechanisms to assist municipalities in identifying and elaborating solutions to specific problems facing bordering areas, including remoteness from national markets, a lack of transport and economic infrastructure, high levels of reported and unregistered unemployment, and relatively low income levels; problems which have previously impeded the sustainable development of marginalised areas. By promoting regional trade, TransConflict aim to increase the economic competitiveness and socio-economic cohesiveness of previously bordering regions, thereby creating new employment and investment opportunities. 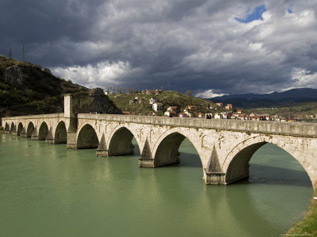 Regional co-operation is a key element of both the EU accession process and the Instrument for Pre-Accession Assistance (IPA) through to 2013. The experience of candidate countries in Central and Eastern parts of Europe, however, demonstrates that the efficient use of Pre-Accession Assistance largely depends upon a country’s economic, institutional and technical capacity to prepare for such support – particularly through the existence of well-trained human resources, capable of undertaking in-depth strategic analysis in order to identify specific problems and formulate solutions in partnership with other actors. As IPA operates throughout the whole region on the basis of one set of rules, there is a need to simultaneously familiarize actors in each respective territory with IPA and regional co-operation. The partnership approach to regional co-operation means that all relevant actors must be involved in the process of programme development and implementation from its very conception.

At present, the limited capacity of both municipalities and SMEs to identify regional priorities and develop projects inhibits them from applying for specific sources of funding that could benefit economic and other infrastructure at the municipal level. Accordingly, TransConflict aim to establish strong foundations for future joint initiatives, eligible for IPA support, by strengthening their capacity to apply for EU-funding designed to stimulate regional co-operation.