Though Turkey – which is seeking to re-build its once flourishing Ottoman-era ties with most Balkan states – is increasingly portrayed as a reliable business partner, rather then an aggressive and neo-imperialist player, further steps are required to ease anxiety towards its policies.

“The next century will be a Turkish century” – claimed Turgut Ozal, then president of Turkey in 1992. The much-loved Turkish politician either had an extraordinary sense for foreign policy, or perhaps it was just enthusiasm that lead him to say this. Nonetheless, Ozal quite accurately predicted Turkey’s international rise at the beginning of the twenty-first century. Ahmet Davutoglu, the current Turkish foreign minister, reiterated a similar vision in 2009 in Sarajevo, when he stated that “the Ottoman centuries of the Balkans were success stories. Now we have to reinvent this”. Davutoglu’s words highlight a slightly different, yet more pronounced view on Turkey’s reinvented and reformulated foreign policy. The “visionary” Turkish FM aims high. This reinvention, however, does not come as a surprise, with the current Turkish government – particularly since the Justice and Development Party (AK Party) came to power in 2002 – systematically building a new foreign policy for almost a decade.

This new foreign policy builds upon several previously non-existent elements – also present in Turkey’s approach to the Balkans – and consists of various concepts defined by Turkish politicians, including a “zero problems” policy, rhythmic diplomacy and multidimensionality. There is also an emphasis on the positive aspects of Ottoman heritage and Turkey’s geopolitical importance, using Turkish soft power capabilities to establish peace and prosperity in neighbouring regions and creating win-win situations. Aside from actively and successfully engaging in international organisations, such as the Organisation of The Islamic Conference (OIC) and the United Nations (UN) Security Council, Turkey has also promoted its “conservative democracy” as a model for transforming Arab societies throughout the Middle East. 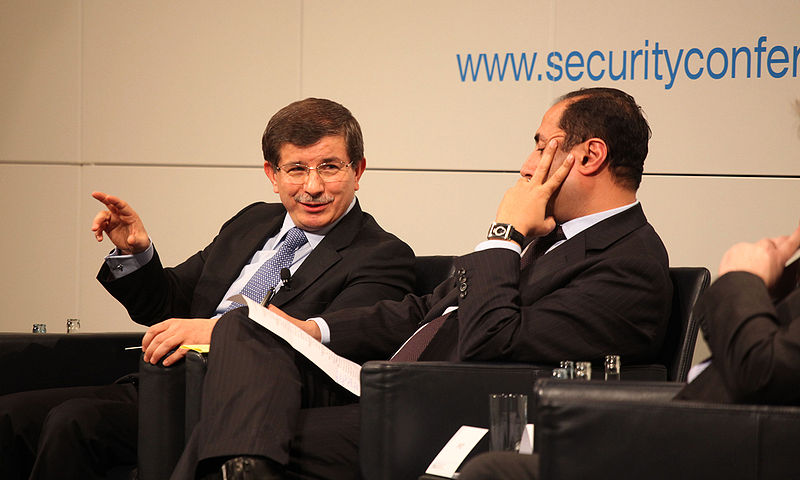 Ahmet Davutoglu has been the engine behind Turkey’s foreign policy (Wikimedia Commons:/Kathrin Möbius)

Critics say that all these elements add up to neo-Ottomanism – a highly-disputed term which claims that Turkey has disregarded its Western values, is turning away from the West and seeking alternative channels of support for its political and diplomatic actions. The emphasis on neo-Ottomanism’s Middle East and, disputedly, Islamic policies, is used to fuel debate about Turkey’s Westernness and Islamic values. The current AK Party government is certainly more appealing to religious crowds, with the majority of its female members wearing head-scarves – a divisive issues in itself – but this does not mean that Turkey is turning its back on the West.

The AK Party has deep roots – with respect to ideology, history (i.e. a focus on the Ottoman past) and values – in the Islamist Welfare Party (RP), Virtue Party (FP) and even Özal’s Motherland Party (ANAVATAN). However, the current governing party has established itself as a reformist political organisation, which uses moderate and democratic language, defining itself as a conservative, rather than an Islamist political power. Turkish prime minister, Recep Tayyip Erdogan, regularly speaks out publicly against radical Islamism.

Turkish foreign policy towards the Balkans, meanwhile, is not a departure from Europe and the West; in part because the Ottoman state was in practise a European, rather than an Asian entity. It is not, therefore, a matter of value choice between neo-Ottomanism and the West, as Turkey embraced Western values a long time ago. In addition, since the early 2000s, Europe and the US has demonstrated a relative indifference towards the Balkans and Turkey – a country which could speak the language of the region. Nonetheless, if Turkish attempts to promote peace and stability do not receive any support, then the effects of these approaches will be short-lived.

The Balkans – a region to embrace

Turkey’s new initiative towards the Balkans – which Turkish politicians do not emphasise as new, but rather as an interrupted approach after the break-up of the Ottoman Empire – builds upon the importance of economic factors; which Özal already highlighted some twenty years ago. Since 2004-2005, Turkey has rapidly increased investments in most Balkan countries, without taking Islam – as a religious and cultural bridge – into account. Though Islam is always present, official Turkish policies do not stress this as a main priority in relations.

Turkey has the advantage of having a very aggressive and effective business community, which sees a vacuum to be filled in the Balkans. Turkey is among the top-three investors in several countries, such as Albania and Kosovo, with investments covering all major sectors. There have been several important, perhaps key, Turkish investments, with Turkish companies involved in several infrastructure projects – mainly highways – in Kosovo, Serbia, Montenegro and Albania, worth hundreds of millions of euros. Turkish Airlines has bought a minority stake in Bosnia-Herzegovina’s national carrier, B&H Airlines, and is in talks to take over Serbia’s JAT Airways. Turkish investments also include:

Turkey’s trade with Balkan countries has increased to $17.7b in 2008 from about $3b in 2000, whilst Turkish exports to the region totalled more than $1b in 2008; a great step in widening and diversifying bi- and multilateral trade relations. Turkish investment, meanwhile, stood at $4.6b in 2009 – 16% of total Turkish investments abroad. 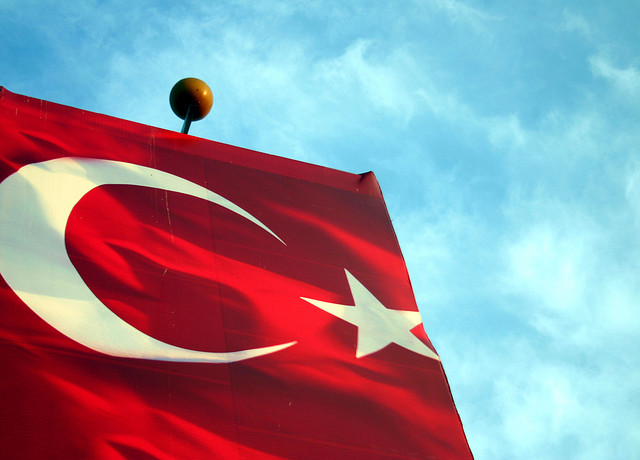 The energy question should also be taken into consideration. First, though the Balkans energy corridor, primarily the Nabucco gas pipeline project, has moved forward at a slow pace, there have been recent steps to speed-up the construction process. Second, the Balkan’s energy grid problem – namely, a lack of interconnected energy systems – causes major problems if alternative ways need to be found to substitute the perhaps only functioning energy route to the respective country (natural gas, for example). Countries in the region have long ago realised their vulnerability in this matter, but there has been little progress in solving these problems.

Last November, Turkey and Bulgaria agreed to construct a cross-border interconnector gas pipeline to increase Caspian gas deliveries to Bulgaria. Bulgaria has also signed an agreement with Greece to construct a branch pipeline to this inter-connector. If this project is realised, the “energy triangle” in the Eastern Balkans could massively contribute to both the region’s and Europe’s energy security, thereby further reducing dependence on Russian supplies.

Economic ties are, at the same time, just one – albeit perhaps the most important – element of Turkey’s relations with the Balkan states. Political support remains solid, with both Turkish and Balkan politicians constantly voicing their strong support for closer relations. Several meaningful political decisions and gestures – such as the Srebrenica Declaration or the offer of Macedonian assistance for the victims of the Van earthquake in October 2011 – have helped smooth past disagreements between Turkey and Balkan countries, thereby paving the way for future partnerships. Bi-lateral relations also been realised through frequent visits of prime ministers and presidents between Turkey and Balkan countries.

Turkey is also building upon its soft power capabilities in the region, which includes important elements of the respective countries’ cultural arena:

Turkey has been trying to occupy the “cultural vacuum” in the Balkans, and this is observed ambiguously by Balkan societies. Though the economic dimensions of relations is mostly praised – even by hostile politicians to these actions, like Milorad Dodik, president of Republika Srpska, who constantly voices his doubts about Turkish involvement – the cultural dimension draws criticisms not only from “traditional opponents” to Turkey, but from more friendlier ones in, for instance, Kosovo, Albania or Macedonia.

The perception of Turkish activity in the Balkans, for one part of the people, seems to be becoming dominant and substituting Western and EU influence and activities. Several experts, however, claim that this is just a diversification of the relations and ties which became one-sided in the nineties and early part of this century. Though Turkish influence is indeed growing in all Balkan countries, Europe’s biggest Muslim country, the 17th largest economy in the world and a major cultural power – in the Balkans, the Middle East and Central Asia – is behaving as a typical mid-sized, regional power. Through soft power, Turkey is looking to extract mutual benefits and win-win situations from increased co-operation, trade, investment and diplomatic/political support.

With respect to Europe, no rapid EU accession is expected for either Turkey or most Western Balkan countries. On the other hand, all of these countries have reiterated that they see their future in Europe – and NATO. The implications of Turkey’s EU accession process in the Balkans are diverse. First, there has been suggestions that Turkey’s successful EU-facilitated political and economic reforms could serve as a model for Balkan countries, providing the latter to proceed with such an agenda that has been positively-graded by the EU. The EU’s own physical presence in Bosnia and Kosovo, however, limits Turkey’s potential model role.

Second, as the remaining Balkan states approach membership, their common lobbying force will increase in negotiations with the EU. Emphasising a common heritage and cultural bonds could provide additional means for co-operation in this field. In addition, as most Balkan countries maintain good relations with Turkey, Turkey’s voice in these potential EU candidate countries could also be valued more. As an experienced partner of the EU, Turkey could, for instance, provide useful information regarding EU accession negotiations. Ultimately, however, the the block accession of these countries into the EU – like those of the Eastern European states in 2004 – is rather unlikely at present, thereby weakening this common lobbying force.

The most important implication, however, is economy. Whilst the Western Balkans lies outside the EU’s common market, Turkey is an important trading partner. Turkish exports to the region are increasing, with free trade agreements in-place between Turkey and individual countries (with Kosovo expected to finalize an agreement soon). The possibility for Balkan companies to export easily to Turkey is also increasing. Turkish investments, compared to previously low levels, are also increasing rapidly. The emphasis of a common past, cultural bonds and shared Ottoman heritage in economic relations makes trade and investment smoother.

The prolonged EU accession negotiations has made Turkey a more dominant player vis-a-vis Balkan countries. Turkish politicians and businessmen are keen to focus on the region with which they enjoy a huge trade surplus. Most Balkan countries are relatively poor and the amount of foreign direct investment they could export is rather limited. Turkey, therefore, dominates trade and investment, consistently buying up companies at a good price, despite the sometimes unstable political situation. Once the region joins the EU, these assets will become more valuable – securing Turkish companies access to the common market, even if Turkey doesn’t become an EU member itself. Investments in these countries serve mutual interests – Balkan countries are eagerly looking for any foreign investment to speed-up economic growth, and Turkey seems to be an eligible and adequate partner for deeper co-operation.

Gergely Nagy is a graduate of Charles University in Prague, where he completed the international economic and political studies Master’s program. Gergely has been a research assistant at various Hungarian and Czech think tanks and institutes, and is currently the deputy editor-in-chief of the news desk of Balkan Press Agency and a freelance journalist for Transitions Online.