TransConflict is pleased to showcase the work of the NGO Support Centre from Cyprus, a member of the Global Coalition for Conflict Transformation.

One NGO working to foster dialogue and reconciliation is the NGO Support Centre, an independent, non-governmental, non-profit organization dedicated to the development and strengthening of civil society in Cyprus.

The NGO Support Centre from Cyprus engages in: 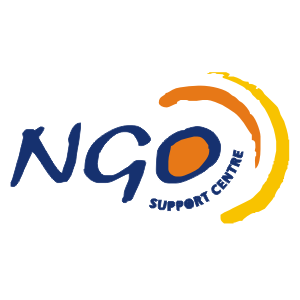 UNIDEV – Bridging the gap between theory and practice

This three-year (2013-2016) EuropeAid-funded project, which is led by the NGO Support Centre, aims to “increase the awareness and understanding of young people in partner countries (Cyprus, Ireland, Slovakia) about poverty and the Millennium Development Goals’ agenda in order to stimulate debate and action in support of fairer relations between the Global North and the Global South”.

Research in Cyprus demonstrated that, academically, there was very little focus on development-related topics compared to other countries in the EU; despite Cyprus increasingly becoming an aid donor. To counter the lack of expert resources and knowledge, the NGO Support Centre – in conjunction with Ireland’s Kimmage Development Studies Centre and Slovakia’s Pontis Foundation (Slovakia) – focused on transferring knowledge in order “to stimulate greater levels of theoretical and practical teaching, learning and knowledge to academics and students about international development issues and more specifically the MDG agenda and the post-2015 framework.”

In partnership with the Management Centre of the Mediterranean and CYINDEP (a Cyprus Island-wide NGO Development Platform), the NGO Support Centre implemented a project examining the capacities and learning needs of some 100 Greek Cypriot and Turkish Cypriot NGOs.

Through capacity building workshops and networking events, this project helped foster knowledge exchanges and collaborations between like-minded NGOs, whilst developing a Code of Ethics for NGOs in order to create a more transparent and accountable civil society.

ENGAGE – Do your part for Peace

In co-operation with the Management Centre of the Mediterranean (Cyprus), and funded by UNDP – ACT, the NGO Support Centre also worked to “strengthen the role played by Civil Society in the reconciliation process between the two main communities in Cyprus,” whilst “working towards a better informed general public engaged in the reconciliation effort” and “enhanced advocacy for reconciliation.” This project worked to stimulate networks, informal collaborations and partnerships in support of reconciliation, whilst initiating joint thematic initiatives to facilitate a common approach to island-wide issues.

These objectives were pursued through a number of means, including:

The NGO Support Centre remains committed to strengthening democracy, dialogue and civic engagement in Cyprus; particularly with respect to active citizenship and participation, development education, peace and reconciliation. As Cyprus continues to grapple with the challenges of reconciliation and peacebuilding, especially within the context of a challenging economic environment, the NGO Support Centre remains a vital driver of change.

Please click here to learn more about the NGO Support Centre from Cyprus!