Civil war has left deep scars on society in Bosnia and Herzegovina. Local organizations are, however, using the arts in innovative ways to encourage reconciliation and forgiveness, and bring divided communities together.

Twenty years on, Bosnia and Herzegovina is still suffering the effects of a war that shook the very soul of the country. A myriad of factors hinder the forgiveness process: the lack of justice for war crimes, the paucity of reparations, and the lack of government support for victims of rape and those afflicted by Post Traumatic Stress Disorder (PTSD). Reconciliation and forgiveness can only be achieved by tackling these issues from all sides, but the opportunities for interaction between conflicting groups are few.

The arts can be an integral part of reconstructing social infrastructure after conflict, offering emotional relief and facilitating the communication necessary for reconciliation. The arts create a neutral space for dialogue and exploration, addressing issues such as collective memory and victimisation. Being able to see a story from a different perspective can be the catalyst that sets the process of forgiveness into motion; the feelings of loss and suffering bringing people together instead of setting them apart.

The ability to exert control while using artistic mediums is important for victims lost in the chasm that warfare perpetuates. Something as simple as picking up a pencil and beginning to draw can bring relief from psychological suffering. Art can be a way to speak when a trauma is too terrible to express in words.

There are groups in Bosnia who are using art to create change, ensuring that this ripple effect of kindness and creativity has the power to transform. One such example is the Sarajevan clay workshop “Stories in Clay,” run by artist Tatjana Kovačević as part of a reconciliation programme that aims to present different stories to participants. This opens up a forum for discussion, understanding and perspective-taking, strengthening interpersonal relations as well as the connection between mind and body.

“Clay is an extraordinary medium through which we can express hidden emotion and thought. It has a beautiful ability to transform human suffering into joy, bringing a sense of freedom, meaning of life and hope for the future,” says Kovačević. “By working with the clay, and using various techniques such as hand-building, hollowing and adding, the participants really get to know the clay, redirect their own feelings of sadness, anger and frustration into the medium, all of which are hidden beyond our conscience,” notes Kovačević.

The initiative brings together women of different ethnic backgrounds, giving them the opportunity for communication in a neutral setting. The clay absorbs emotion and is a malleable medium, allowing the person to create impressions and forms however they choose. “Through different creative tasks, the participants will discover their identity and be able to express themselves, as well as communicate and accept the differences in others,” Kovačević explains. 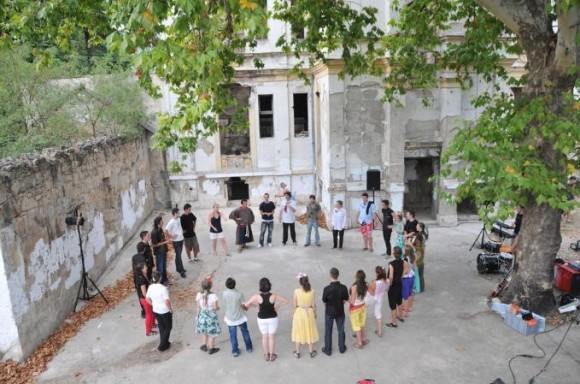 “Drama and art is a part of life that is uncorrupted; in the history of the world there wasn’t one war that was started because of it,” says 24-year-old Law student Marko Rozić, who was involved in another community enterprise, Youth Bridge Global’s (YBG) theatrical productions in Mostar.

“I often find that, in Mostar, children from one side of the Neretva River have never been to the other side,” says Professor Andrew Garrod, co-founder of YBG. “Many of them seem to accept the fact that they are taught in classrooms devoid of other ethnicities as a perfectly reasonable way for education to be conducted. I want to shake up these assumptions with my plays, bring kids together so that they can artistically produce something wonderful in which ethnicity has no role.” 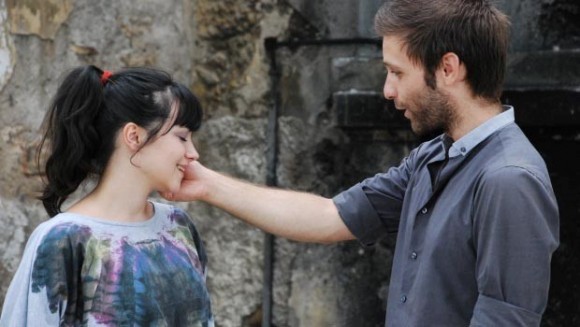 Mostar saw heavy fighting during the war and is still very ethnically divided, mostly between Bosnian Muslims and Bosnian Croats. The reconciliation process is slow. Children are taught under the so-called “two school under one roof” system. Although intended to bring children of different ethnic backgrounds together, these schools have separate entrances, schedules and curriculums that separate children according to ethnicity, making it hard for them to interact socially.

“The project was a refreshment for us. It was a project that Mostar needed,” stated Marko Rozić. “It brought diverse people together, we drank coffee together everyday and shared special moments. We created a ‘wall’ around us, a world of our own, without the borders and limitations we usually face.”

“When people are sick of war stories and manipulative politicians, they can turn to creativity. We used Shakespeare’s timeless subjects to send messages of love and absolution. We didn’t just send a message to the audience; we spread it among the cast,” Rozić said.

The attainment of peace is a complex journey and one could argue that it is never fully achieved. What society needs is people along the way who can make this journey easier – to bring joy and faith to everyday life – in the hope that by changing the small things, it will affect those which are out of our control. Reconciliation and forgiveness need approaches from all sides, and community projects such as art, music and drama workshops are a vital part of the healing process.

Balkan Diskurs is a non-profit, multimedia platform created and run by a regional network of journalists, bloggers, multimedia artists, and activists who came together in response to the lack of objective, relevant, invigorating, independent media in the Western Balkans.