TransConflict is pleased to showcase the work of the Somali Observatory of Conflict and Violence Prevention from Somalia, a member of the Global Coalition for Conflict Transformation.

In the absence of central government control over most of its territory since the 1991 Civil War, Somalia is consistently ranked as the world’s number one failed state. The impact of conflict and violence has been to drive community mistrust, resulting in the division of the county into three political divisions; namely, Somaliland, Puntland and South-Central.

To this end, the Somali Observatory of Conflict and Violence Prevention (OCVP) was established in 2009 in order to “improve the effectiveness of community safety interventions by advancing learning and evidence-based programming.” OCVP’s mission is to “contribute to peace building and state-building across all regions of Somalia through research, education and dissemination of information that promotes harmony, social cohesion, security, safety, and sustainable development within all regions of Somalia and Somaliland.” 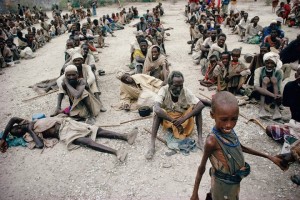 OCVP has established itself as the leading source of knowledge on the pressing issues affecting Somalia. In a context short on reliable data – especially on peacebuilding and governance in Somalia and Somaliland’s diverse regions – OCVP has become a vital resource for policy-makers and those designing interventions. OCVP’s contribution to the monitoring and evaluation of programmes and progress has helped a variety of stakeholders revise and tailour their approach to this challenging conflict-ridden territory. OCVP’s activities cover three major areas – research, training and its knowledge management department. 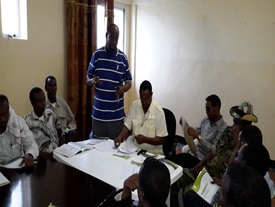 OCVP’s flagship publications are its District Conflict and Security Assessment (DCSA) Reports, which “regularly gather and analyse community perceptions on the providers and delivery of services related to security, justice and governance; as well as examining the drivers of local conflict”. The reports play an important role in policy-making, aiding the identification of year-over-year trends in a particular district. With the support of support of the United Nations Development Programme (UNDP) for Somalia and later the United Kingdom’s Department for International Development (DFID), OCVP has conducted district level assessments in places such as Erigavo.

For instance, the Salahley District Conflict and Security Assessment for 2015 found that “police as a formal security provider is overstretched and operate under poor transportation to respond to security incidences in the distant places outside Salahley town”, whilst the Burtinle District Conflict and Security Assessment for 2015 noted that “the new administration garnered public support by holding continuous consultation meetings with stakeholders and various civil society groups, along with raising awareness of the pressing needs in the community.” The report for Balanbale found that the “most pressing needs which the community faced were  poor health, unemployment and poor education”, whilst for Afgoye “land and tenure disputes, rape, Al-Shabaab attacks and clashes among the different security providers pose a threat to the security of the district”

OCVP also publishes a series of ‘Safety and Security District Baseline’ reports, which has to date covered five different districts across Somalia. For OCVP, “the picture of safety and security that emerges from these baseline reports…[guides] the elaboration of appropriate responses by communities, local and state governments.”

OCVP’s training department has developed different manuals on areas of Conflict Analysis, Conflict Sensitivity, and Mediation and Negotiation skills. These manuals are designed for different sectors of society; including, but not limited to, district safety committees, womens’ groups, traditional leaders, government officials and local councils at district levels. 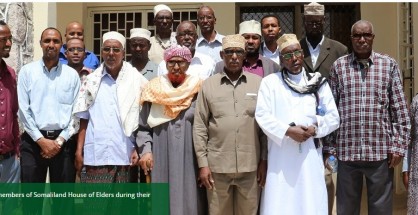 Complementing this data collection and policy work, OCVP has been instrumental in the development of an Early Warning and Response Network (EWARN), which brings together local authorities, communities, NGOs, academics and other experts in order “to prevent and respond to violent incidents as well as any other threats to peace and security in the country”.

As part of its 2014-2019 strategic plan, outlined five strategic priories – a) Post Conflict Governance and Development; b) Displacement and Migration; c) Trauma Healing and Social Reconstruction; d) Environment and Livelihoods and e) OCVP Capacity Strengthening and Development. The direct links that OCVP has cultivated with local communities has allowed it to develop highly-contextualised interventions and targeted advocacy campaigns that contribute to building long-term solutions to the plethora of challenges facing Somalia and Somalia and Somaliland.

Please click here to learn more about the Somali Observatory of Conflict and Violence Prevention!