Following the fall of Muammar Gaddafi in 2011 after 42-years of rule, Libya witnessed its first free elections for almost forty years in 2012. Peace and stability, however, continues to be challenged by the existence of various militia groups.

Horiyat Group for Development and Human Rights engages in peacebuilding projects in post-war areas which have been exposed to the adverse effects of conflict. Horiyat provides training programs on dialogue and mediation and conflict transformation, supporting the transformation by working with the respective conflicting parties. Read more… 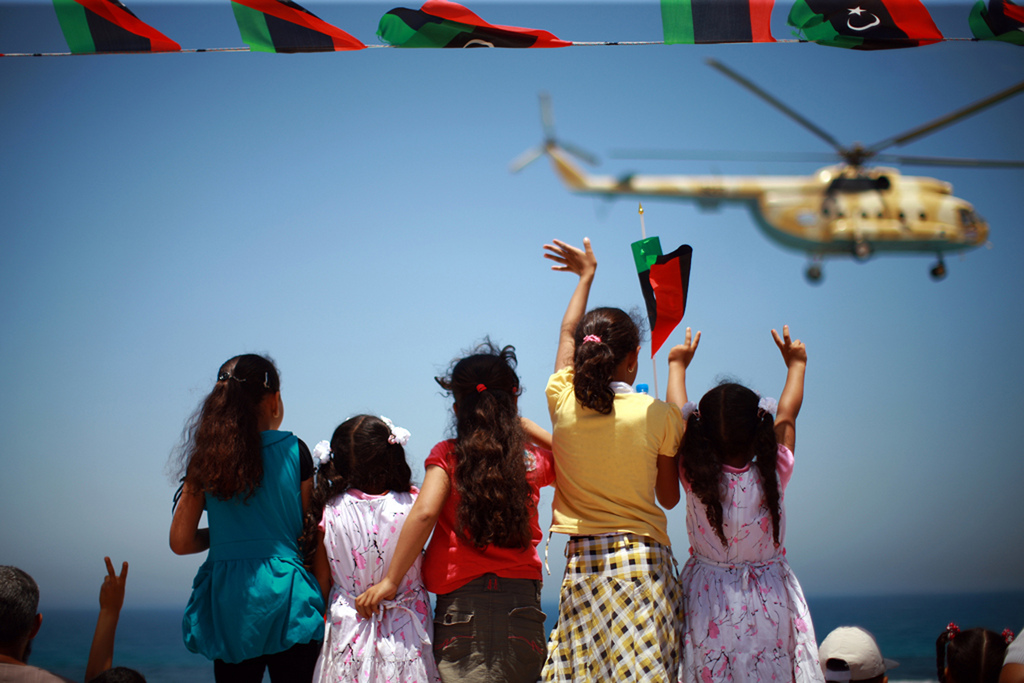 Girls wave and flash victory signs at a passing helicopter during a military parade in the western city of Zawiya, Libya, held to mark the anniversary of an uprising last year that cleared the way for the anti-Qadhafi forces’ march on Tripoli. Photo ID 516887. 11/06/2012. Zawiya, Libya. UN Photo/Iason Foounten.