Conciliation – Peace Economics Network encourages research and brings together people interested in the concept of peace economics as a form of facilitating transformation and thereby contributing to fostering peace and conflict resolution. Read more…
[likebtn]

The NGO Support Centre supports dialogue which contributes to strengthening Cypriot civil society and reinforces links between Cypriot Civil Society Organisations (CSOs) on both sides of the divide, as well as links with international CSOs. The Centre also works to encourage dialogue which will lead to the reunification of Cyprus. Read more…
[likebtn] 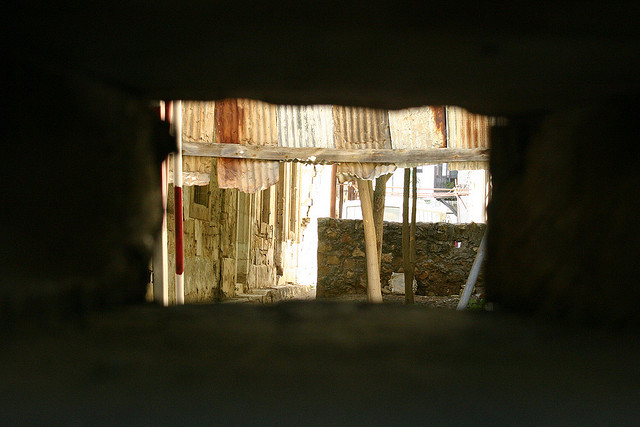 Looking through a hole in the Green Line into the Buffer Zone. Photo by khowaga1, published under a Creative Commons License.