After the unification of north and south Yemen in 1990, the country has continued to suffer from internal conflict – including the 1994 civil war – that is manifested in armed insurgency and acts of terrorism. 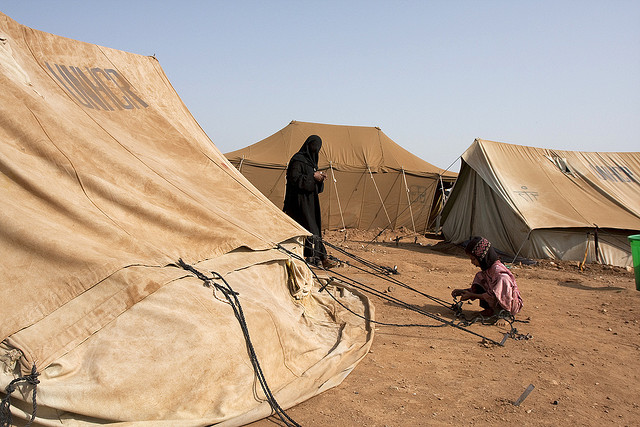 Al-Mazraq, Yemen Oct. 9, 2009. A young girl ties down her family’s tent at the Maraq refugee camp in Hajjah province.The displaced persons at Mazraq camp have fled the ongoing fighting in the Sa’ada province of northern Yemen (photograph courtersy of Paul Stephens/IRIN, published under a Creative Commons License).