Having presented the mission, objectives and programme activities of TransConflict – both in Serbia and elsewhere in the Western Balkans – Ms. Kosić and Mr. Bancroft placed a particular emphasis on the principles of conflict transformation – as distinct from both ‘conflict resolution’ and ‘conflict management – as both an approach to, and way of thinking of, conflict itself; one which reflects a far more comprehensive understanding of the very nature of the conflict.

In January 2012, TransConflict launched the Global Coalition for Conflict Transformation (GCCT), with the aim of raising awareness about – and broadening understanding of – conflict transformation, not only in the Western Balkans, but also in international contexts, to advocate for greater support for conflict transformation processes and to catalyse the sharing of best practice between practitioners. 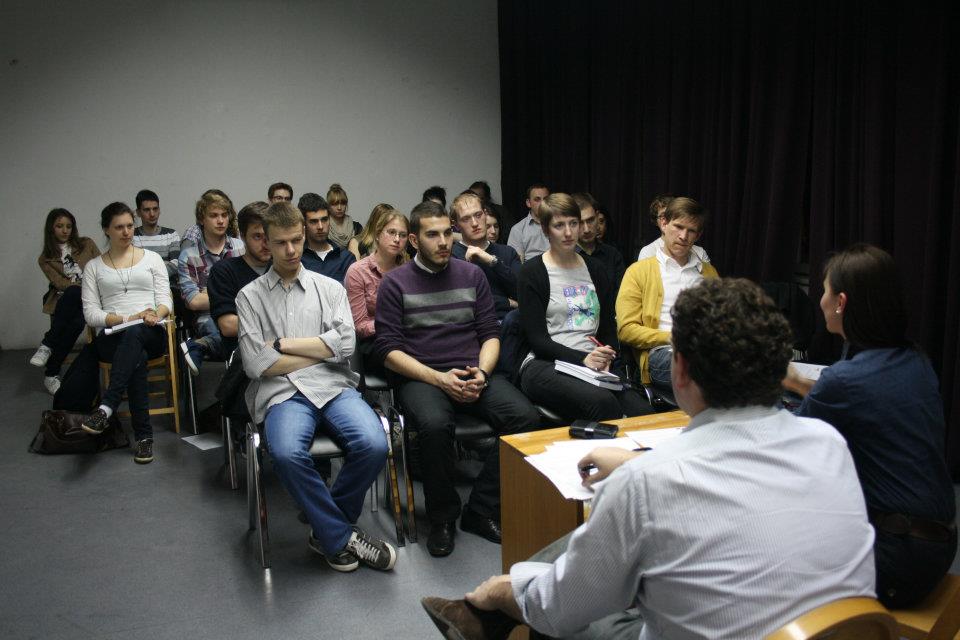 Ms. Kosić pointed out that whilst conflict resolution and conflict management – which were frequently applied during the nineties, including to Bosnia and Herzegovina and Kosovo – imply that conflict is a state or a phenomenon which can be resolved or managed, conflict transformation views conflict as a long-term, gradual process, demanding sustained engagement and interaction. Conflict transformation is, in many respects, more attentive to the quality of the peace attained; not merely ensuring the absence of war or violence.

Mr. Bancroft particularly emphasized the case of Northern Ireland where, over a decade on from the much-vaunted Good Friday Agreement, non-government organizations continue to engage in dedicated peace-building work. Mr. Bancroft also stressed that European accession, in and of itself, will not guarantee long-term peace and stability in the region; in particular because the process itself is blind to many of the root causes of conflict, such as identity-related questions. In addition, membership in the EU is often viewed as an end in and of itself; not as a framework of reform that can improve living standards. 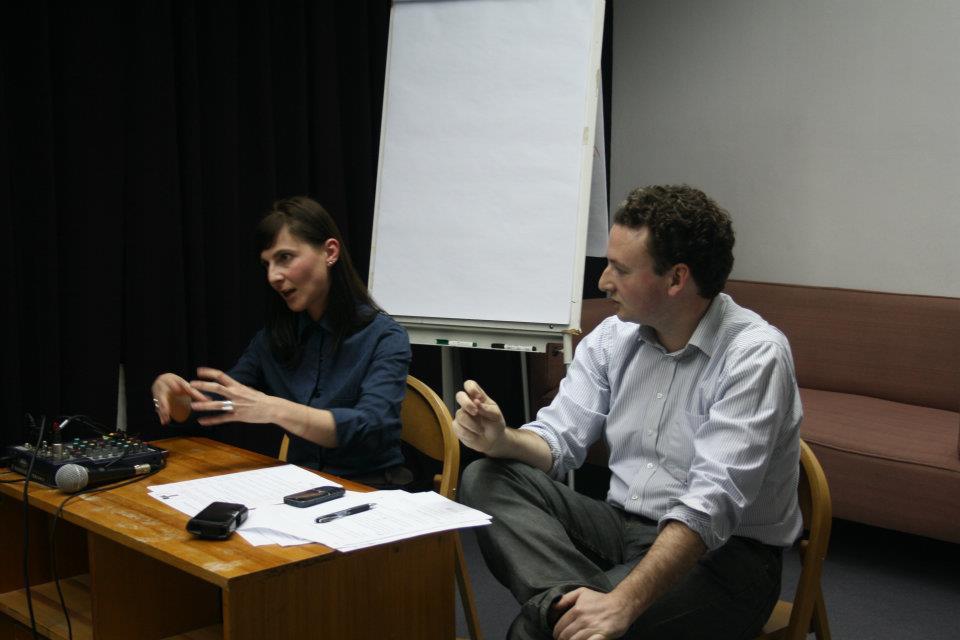 At the same time, the perception of the Western Balkans in Europe often goes from stigmatisation and generalisations to emphasising and celebrating rather superficial ‘similarities’, whilst disregarding that many of the challenges faced – such as extremism, particularly religious fundamentalism – are indeed very similar, and that the Balkans can offer many lessons in that regard.

Following the presentation, a very engaging discussion with JEF representatives was opened, with a number of questions pertaining to the wars in the former Yugoslavia, the concept of international or ‘humanitarian’ interventionism, inter-ethnic relations in the Western Balkans, success of reconciliation process in the region, the future of the European Union and the Libya crisis.

TransConflict Serbia would like to thank Mr. Dušan Petrov, Coordinator of JEF Serbia and TransConflict’s Associate, for the successful organisation of the visit and the opportunity to debate a variety of points with Europe’s future decision-makers.