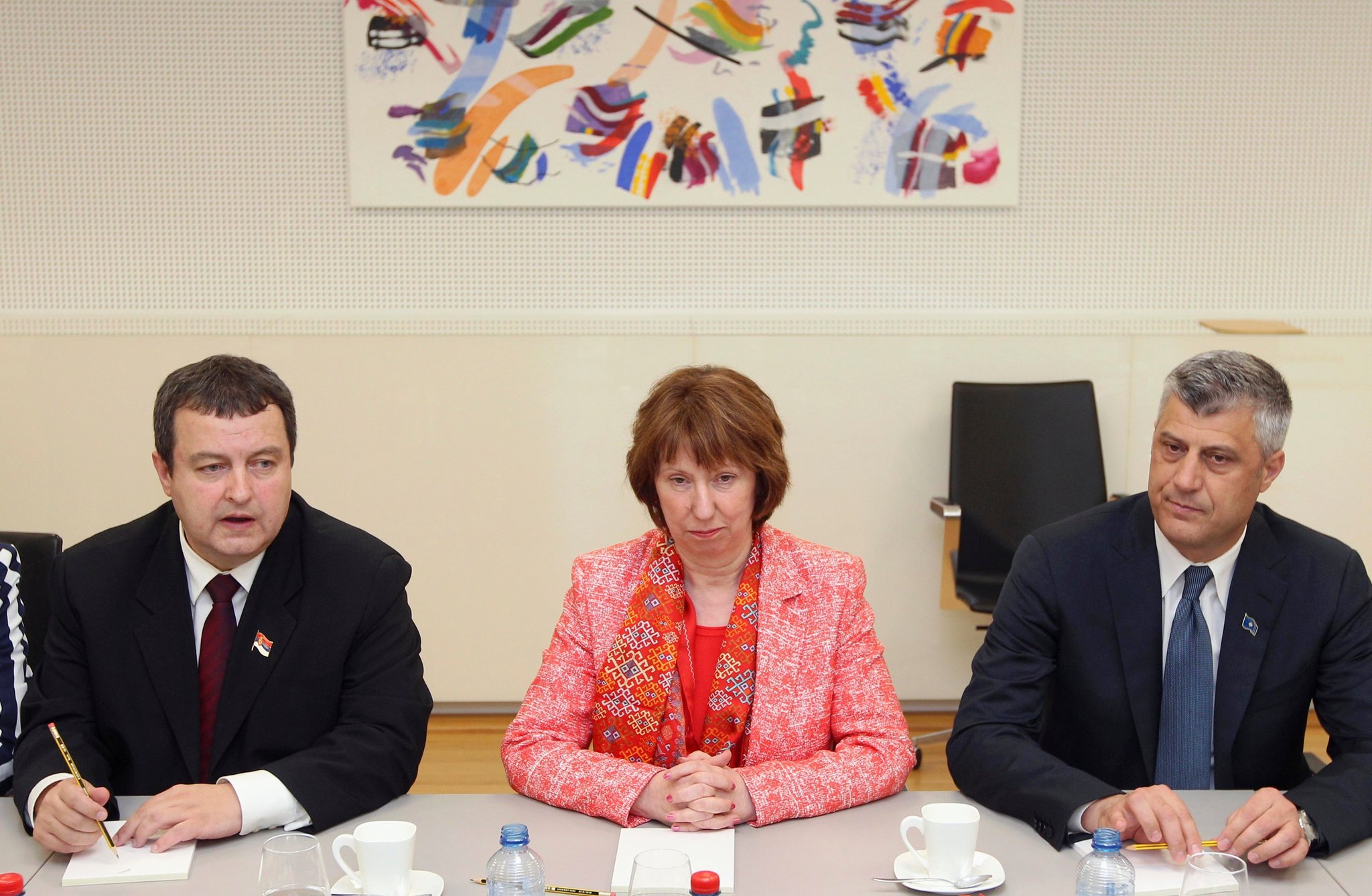 The agreement is an important step in the direction of establishing good-neighbourly relations between the two countries, although it does not determine the ultimate success of the Kosovo-Serbian dialogue. The question of how to implement the agreement, however, remains open.

On 19th April, an agreement was signed in Brussels between the governments of Serbia and Kosovo on “principles governing the normalisation of relations”, which was followed by approval from Kosovo’s parliament and the Serbian government. The agreement deals with a number of disputed issues between Belgrade and Prishtina, especially the status of the four municipalities in northern Kosovo inhabited by about 40,000 Serbs which have remained outside Prishtina’s control. A compromise was reached over many of the contentious issues including police, education, urban planning, economics, culture, and the health & community organisations of the Serbian municipalities in Kosovo. By 15th June, an agreement on telecommunications and energy issues will be announced.

The agreement has been interpreted differently by both sides. The authorities in Kosovo claim that it represents Serbia’s recognition of Kosovo as a de facto state, whereas the Serbian side maintains that the agreement will ensure the autonomy of the Serbian municipalities, and that establishing good relations with Kosovo does not amount to a recognition of its independence. However, these agreements do not guarantee Kosovo’s international recognition or its membership in the United Nations and other international organisations. Nor do they give autonomy to the Serbian communities; the community of Serbian municipalities will only have executive and coordinative powers.

The normalisation of relations between Kosovo and Serbia is a prerequisite by the EU for continuing the process of the European integration of the two states. After signing the agreement on 22 April, the European Commission recommended the opening of accession negotiations with Serbia, and of negotiations on a Stabilisation and Association Agreement (SAA) with Kosovo. In this case the German position will be decisive. Although the German government received the signature of the document with satisfaction, Berlin also made it clear that it expects the agreement’s provisions to be implemented effectively. Negotiated under the auspices of the EU’s High Representative for Foreign Affairs and Security Policy, Catherine Ashton, it may form the basis for accelerating the process of integrating Serbia and Kosovo into the EU, but nevertheless it does not pre-suppose the development of such a scenario.

Guarantees for the Serbs in Kosovo

The mayors of the four Serbian municipalities in northern Kosovo will be able to submit a list of candidates from which Kosovo’s interior minister will select the local police commander in northern Kosovo. The matter of who takes up this position will therefore depend on agreement between the authorities in Prishtina and the leaders of the four Serbian municipalities. The Serbian police structures already existing in the north will be incorporated into the Kosovo police. The police forces are to be fully funded from the Kosovo state budget; the agreement does not specify whether the Serbian institutions in Kosovo will continue to be funded by Belgrade, which may prove to be an area of future conflict. In matters relating to the judiciary in Kosovo, the Serbian municipalities will be responsible for a specific department appellate court in Prishtina, composed of judges representing the Kosovo Serbs. In addition, Serbia’s Prime Minister Ivica Dacic has stated that he has received assurances from NATO’s Secretary General Anders Rasmussen, in the presence of Catherine Ashton, that the Kosovo army would not enter the Serb-inhabited municipalities in the north of the country.

Relations between Serbia and Kosovo

Serbia’s recognition of Kosovo is the most important demand of the Prishtina authorities. The agreement makes only limited reference to relations between Kosovo and Serbia; the penultimate paragraph of the document requires the parties to refrain from mutually impeding their progress in integrating with the European Union. During the negotiations, the Serbian side requested similar wording relating to the UN and the OSCE to be removed. Kosovo did not insist on this because the agreement and its signature by the Prime Ministers of both countries was most important to it; according to Kosovo’s leaders, this indicates that the document constituted an agreement between two states. The Serbian government unanimously adopted the document, but it has avoided taking any actions which would demonstrate that it has recognised Kosovo as a state. Therefore, the debate in the Serbian parliament called for 26 April does not mean that the agreement is subject to a process of ratification, which would be appropriate for agreements between states. Thus, the nature of the agreement is open to an asymmetric interpretation. It is unlikely that Kosovo and Serbia will agree on its true nature any time in the near future.

Challenges and threats to the agreement

The agreement is an important step in the direction of establishing good-neighbourly relations between the two countries, although it does not determine the ultimate success of the Kosovo/Serbian dialogue. To improve relations between the countries and their prospects for being integrated into the EU, the smooth implementation of the agreement will be essential. The biggest challenge to it is the scepticism of the Serbs living in northern Kosovo and of representatives of the Serbian Orthodox Church. In recent months, the Serbs in northern Kosovo have been taking a more independent stance from Belgrade; the leaders of the four municipalities rejected the agreement calling for a referendum on the issue. The Serbian Orthodox Church, for its part, has accused the Serbian government of surrendering Kosovo in exchange for the prospect of accelerating the process of European integration. Kosovo Albanians in turn have welcomed the agreement.

The question of how to implement the agreement remains open. It provides for the creation of a special Kosovar/Serbian committee to deal with its implementation. Not specified in the document, however, is who would be able to join the committee, or what competences such persons will be granted.

Implications for the EU enlargement process

The agreement removes a major barrier to the integration of Serbia and Kosovo with the EU, but it does not conclusively establish any specific date to start Serbia’s accession negotiations or Kosovo’s association talks. The European Commission and the European Parliament clearly recommend these actions; and many European leaders have also expressed similar sentiments. A much more muted reaction, however, has come from Berlin; the German government has stated that the agreements are only the first step towards an expected ‘normalisation’ of relations. Germany may demand rigorous implementation of the agreement before the date for starting accession talks is fixed (i.e. at the Council meeting in June), perhaps by imposing conditional clauses for its approval. Serbia has made far-reaching concessions in order to be granted the June deadline, and it is depending on at least a partial and visible implementation of the agreement by then.

Jan Muś currently teaches courses on contemporary Balkan politics and on history of Balkan conflicts at the Catholic University of Lublin and Warsaw School of Social Sciences and Humanities. Born in Poland, Jan has spent a considerable amount of time in the Balkans as a volunteer in a refugee camp, and later on as a researcher and scholar. He has cooperated with, and worked for, a number of public and private institutions involved in the affairs in South Eastern Europe.

This article was originally published by the Centre for Eastern Studies, a research institution dealing with analyses and forecast studies of the political, social and economic situation in the countries neighbouring Poland and in the Baltic Sea region, the Balkans, the Caucasus and Central Asia.