In spite of the demographic turbulence that Bosnia and Herzegovina has endured, Tuzla has remained largely multi-ethnic in composition, with Bosniaks (Bosnian Muslims), Croats and Serbs residing side-by-side.

“Multiculturalism in Tuzla survived the war in Bosnia and Herzegovina and it has weathered all the challenges of post-war reconstruction solely owing to its citizens, rather than its political elites or non-governmental sector” – Miralem Tursinovic

Over fifteen years on from the end of violent conflict in Bosnia and Herzegovina (BiH), the consequences of war still exert a heavy influence over society. In the absence of a civic conception of state, the ethnicisation of society continues apace; leading many to describe today’s divisions as being as wide as at any point since 1995. Tuzla – from the Turkish word for ‘salt mine’, a reference to its extensive deposits of this once valuable commodity – is home to some 180,000 citizens, including many displaced by the conflict of the early-nineties. In spite of the demographic turbulence that BiH has endured, Tuzla has remained largely multi-ethnic in composition, with Bosniaks (Bosnian Muslims), Croats and Serbs residing side-by-side. The town is part of Tuzla Canton; one of the ten cantons that make-up the Federation of BiH, one of the two entities which form part of BiH’s complicated governance structure.

In the immediate post-war period, a significant number of NGOs in BiH were established and supported almost entirely by the international community. However, given the turbulent political dynamics afflicting the country, the focus of attention has largely shifted onto political parties and processes, leaving a large number of these organisations to rely upon their own resources. At the same time, by focusing its agenda on BiH’s European integration, the international community now insists on regional initiatives and cross-border cooperation, completely underestimating the fact that the key elements for such cooperation are still underdeveloped or often completely lacking. 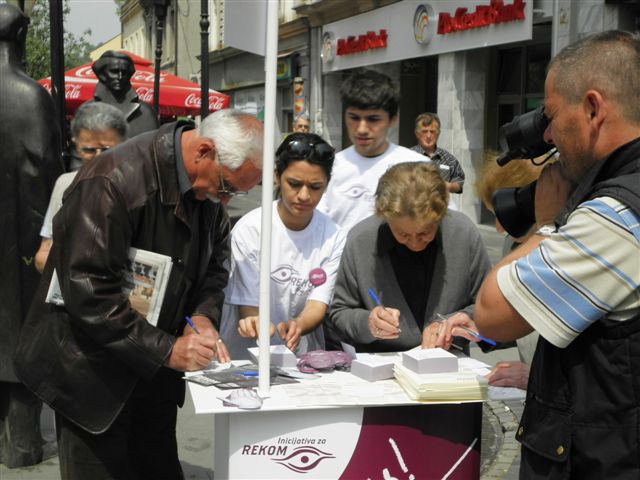 Having perceived the need for support and technical assistance to youth organisations throughout BiH, the Youth Resource Center (YRC) was established in Tuzla in 2004. Since then, YRC has developed an impressive portfolio of activities and has become a member of a number of international and regional initiatives and networks.

“[the] non-governmental sector in BiH is in many ways the mirror-image of its social picture: on the one end, there are a few well-established organisations which dominate the scene and absorb the bulk of international support, and on the other end, there is a number of small grass-root organisations scattered around BiH whose functioning is enabled thanks to small grants. As a result, in the past 3-4 years almost 30-40% organisations either closed down or are now dormant.”

Tursinovic goes on to emphasize that:

“[the NGO sector in BiH] has no common vision nor perceived common interest; it is therefore extremely difficult to achieve consensus on pertinent issues and simply work for the benefit of all citizens, regardless of their ethnic, religious or national background.”

With respect to the legacies of the conflict of the nineties, Tursinovic notes how:

“The major consequence of ethnic division of the country are generations of young people who do not know anything about the ‘other’, and whose antagonism towards that ‘other’ is not based on fear or inherent hatred, but rather on a complete lack of understanding the other – namely, sheer ignorance and absence of opportunities to get to know each other.”

Tursinovic cites as an example his experience from the Podrinje region, bordering the river Drina, where a few years ago YRC organised a camp for young people. When asked to complete evaluation sheets and to make recommendations regarding potential future activities, quite a few of them said that in the future they would like “to meet some Croats”. 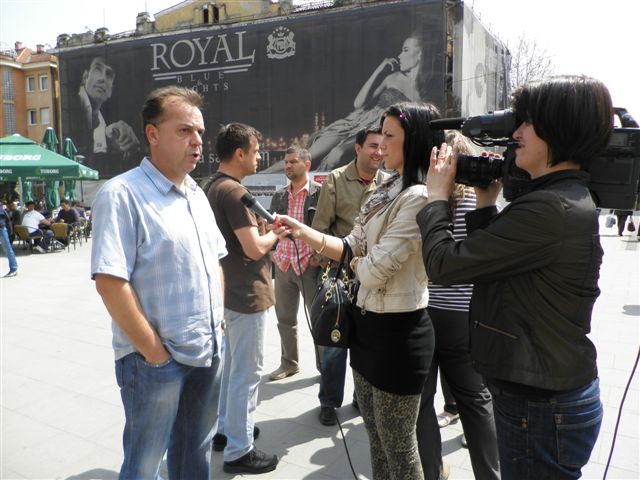 However, further ethnic separation continues to manifest itself in various aspects of life. As Tursinovic points out,

“Until several years ago in Tuzla, the language taught at schools – both elementary and high schools – was referred to as Bosnian/Croatian/Serbian, whereby all three variants were equally represented (in terms of alphabet, grammar, orthography and lexicon, etc.), as well as three distinct literatures…[whilst] there was also a department for Bosnian/Croatian/Serbian languages and literature at the Faculty of Philosophy. However, a couple of years ago, the Cantonal authorities made a questionnaire for parents, asking them to choose which language they wanted their children to learn and in which language their certificates (with final grades) would be written – by doing that, they simply ‘forced’ people to declare themselves as belonging to or representing one of the groups.”

Due to a lack of progress over these past fifteen years, Tursinovic explains how, the “segregation of society, compounded by the grim economic situation and future prospects, has shaped an often prevalent passivity amongst young people and an attitude of blaming others – for example, politicians, other ethnic groups, the international community – for their individual situation.”

Tursinovic’s criticism of the international community also extends to its insistence upon the idea of ‘reconciliation’ between ethnic groups and individuals. For Tursinovic:

“Reconciliation is a somewhat ‘problematic’ term, since one cannot reconcile those who have never fell apart – as a matter of fact, a majority of ‘ordinary’ people – and an insistence on it has slowed down the process of normalisation of mutual relations. Instead, reconciliation necessitates the truth – and that is what all actors engaged in this process in BiH have to work on, even if the truth is unpleasant and difficult to accept.”

Tursinovic also describes ‘tolerance’ as a term that is frequently misused and manipulated within BiH, primarily because it has been too frequently and too lightly used in the day-to-day discourse of politicians, international representatives and NGOs, so that it has become vacuous. The term translated into local languages means “to be able to suffer someone or something”, which has a somewhat negative connotation – “to be able to suffer/cope with” is not the same as “to be able to accept the other as such”, and that is one of the missions of YRC”.

Miralem’s personal mission – as well as that of YRC – is to continue facilitating and promoting the power of youth by offering various forms of informal education and trainings, facilitating networking and connecting young people throughout the region as a precondition for building a safe, secure, multi-cultural, multi-ethnic and multi-religious society. For Tursinovic:

“Reconciliation can only be truly achieved if young people start communicating and connecting on a more comprehensive level, by visiting other parts of BiH, breaking the walls, demistifying imposed notions of the ‘other’ and ‘enemy’, finding common interests and objectives.”