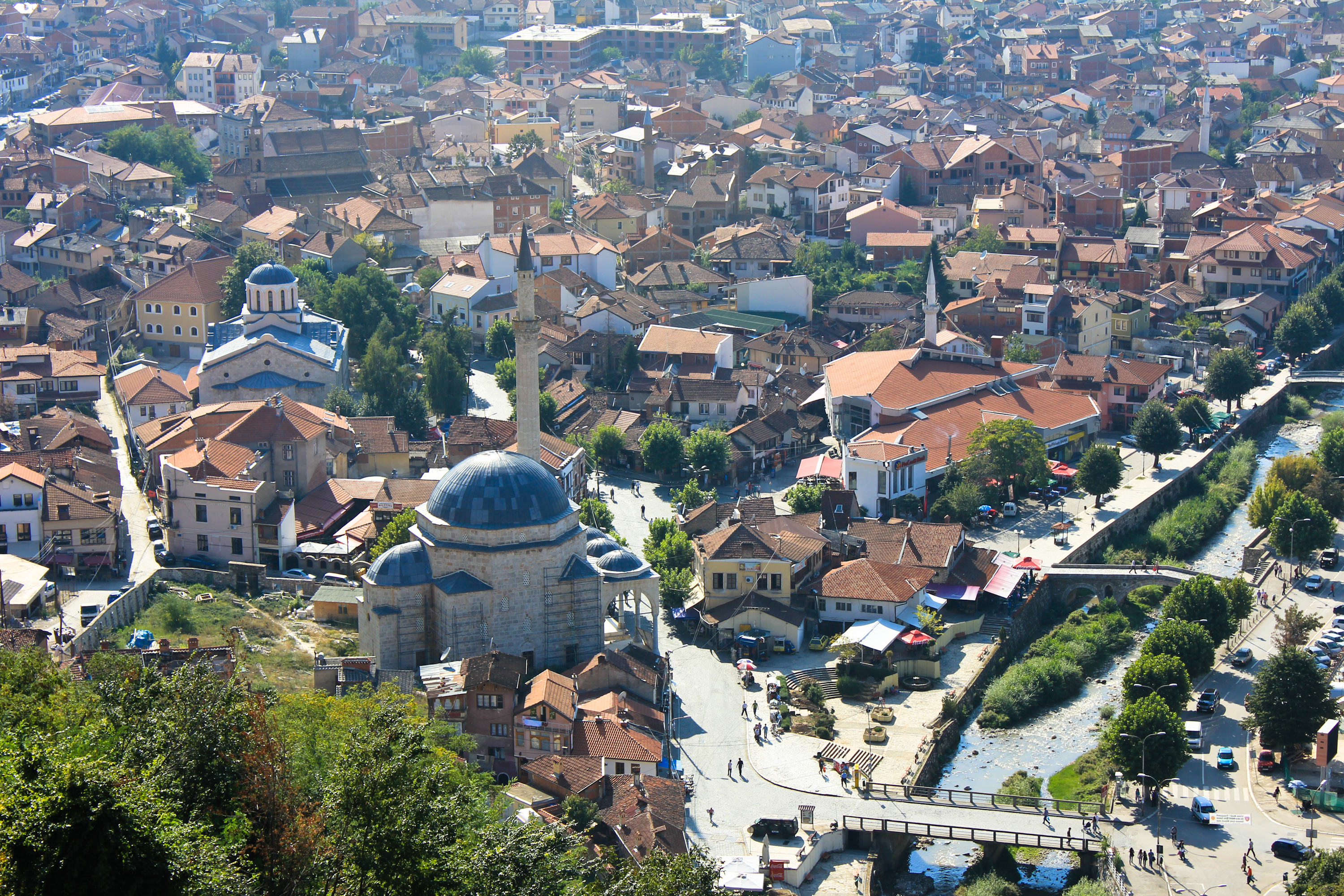 The cultural heritage of Prizren has long been one of peaceful coexistence, yet various political agendas – both international and domestic – have chosen to pursue their own interpretations and interests. In this case, therefore, politics is a threat to multiculturalism, despite claiming to respect it.

In terms of the impact that international missions and institutions have had on building a multicultural platform in Kosovo, there are many examples of both improvement and destruction. It is clear that Kosovo is in a more sensitive situation compared to other countries in the region when it comes to its international presence. Since 1999, responsibility for creating multicultural tranquillity has been that of the internationals; whom many citizens blame for the country’s lack of perspective.

One of the most prominent internationals is Martti Oiva Kalevi Ahtisaari; a Finnish politician, the tenth president of Finland, Nobel Peace Prize laureate and United Nations diplomat and mediator, noted for his international peacebuilding work. Ahtisaari was the UN Special Envoy during the Kosovo status talks, and whilst negotiations between the Serbian and Kosovar government did not lead to a solution, it did result in the Ahtisaari Plan. Kosovo declared independence from Serbia in February 2008. In October 2008, Ahtisaari was awarded the Nobel Peace Prize, “for his efforts on several continents and over more than three decades, to resolve international conflicts.” The Nobel statement said that Ahtisaari has played a prominent role in resolving many conflicts in Namibia, Aceh, Indonesia, Kosovo and Iraq, among other areas.

The Ahtisaari Plan is of particular importance to the City of Prizren; one of the oldest settlements in Kosovo and in Eastern Europe, which has acted as a crossroads of cultures and trade throughout history. Prizren was an important economic, diplomatic and cultural centre, located in the middle of the ancient Istanbul-Venice route. Since antiquity, Prizren was recognized as a unique place for its historic, religious and cultural values of co-existence. Thanks to its favourable geographic position, the harmonious merging of different cultures and their respective monuments earned Prizren the epithet of the “City Museum” and the “Museum Under the Open Sky.”

The 2004 riots in Kosovo created a new reality. Churches and buildings were damaged, and concerns about the preservation of Orthodox heritage become one of the points of status talks. In Annex 5 of the Ahtisaari Plan can be found the articles that should be respected concerning the Historic Centre of Prizren, which also envisaged the creation of a special area in this Centre.

The first two articles of Annex 5:

1.1 – The Serbian Orthodox Church in Kosovo will be offered protection, its privileges and immunities as provided in this Annex. The implementation of these rights brings with it other duties and responsibilities to act in accordance with the laws of Kosovo by not violating the rights of others.

The International Civilian Office and its highest representative, Pieter Feith, along with the Kosovo government turned the Ahtisaari’s proposal into a controversial Draft Law.

NGOs and the parliamentary opposition – against the law

Hajrulla Çeku from “EC Ma Ndryshe”, an NGO, was the main voice of opposition, arguing that the Ahtisaari Plan involved only very superficial consultation with civil society. Moreover, according to Çeku, its makers have been more influenced by political pressures  than by respect for the local cultural context. Through this law on protected areas, Çeku asserts, enclaves of cultural heritage are created; enclaves which serve to violate the principles of secularism. Çeku argues that, “above all, this document has extremely politicized culture, transforming ethnicity into the main feature of cultural heritage. Paradoxically, by attempting a multicultural society, this package has achieved exactly the opposite effect, creating a difference between monuments belonging ‘to them’ or ‘to us’.”

Among the parliamentary opposition, ‘Vetëvendosje!’, one of the largest parties, said that this law practically promotes Serbian nationalism and chauvinism. “Protected areas, as mentioned in this document, only protect the nationalist instrumentalization of these monuments, by alienating multiculturalism in a catastrophic way” says Liburn Aliu, a deputy of Vetëvendosje!, in an interview with the author.

The Historic Centre of Prizren – which includes 11 mosques, two Serbian Orthodox Churches, a school for priests and five Masjids – is one of the most distinguished zones of urban heritage in Kosovo. Although it represents a major asset for the city’s social and economic development, its immense potential – cultural, historic, touristic and environmental – has been undermined by the lack of an approach that would preserve, promote and protect these cultural treasures. The laws and regulations for Prizren’s Historic Centre envisages measures – including a ban on public activity and construction in the vicinity of the aforementioned buildings – that freeze development and prevent its integration into modern life. This is not in the public interest, as civil society has argued. However, the international community pushes through its multicultural values, without taking into account local traditions. Instead, cultural heritage is to be divided amongst ethnic groups, making it part of the political struggle rather than using it to overcome socio-political differences.

Ahtisaari, Feith and Žbogar put parliament under pressure to approve the law. The law in question, according to Ahtisaari, needs to be respected if Kosovo wants to join the EU and other international bodies. Pieter Feith, the former head of the International Civilian Office (ICO), stated that the law did not give extraterritorial status or excessive power to any particular community in Prizren, arguing that “Kosovo laws will remain and the Municipality of Prizren will continue being the responsible authority.”

Although the statements of both parties – international and national – contradict each other, civil society from Prizren were not asked about this destruction and removal of their cultural identity. Civil society – who have, together with members of the parliamentary opposition, protested the law – considers such heritage to be joint heritage, based upon a mixed identity of different cultures.

Dardan Gashi, Minister for Environment and Planning, says that this law is not discriminatory. For Gashi, “the law is derived from the Ahtisaari package, but is not discriminatory. We as a government have proposed that in the council where the issue was discussed should be the Orthodox Serbian Church, the Muslim Community plus the civil society, so I do not see a discrimination here.”

In an interview with the author, Samuel Žbogar, the EU’s representative in Kosovo, argued that the law ensures the preservation of the character and beauty of this unique place. “The protection, preservation and promotion of the cultural heritage is a core European value for the good of Kosovo and its inhabitants. I believe that these laws provide a legislative basis for the development of this value”, insists Žbogar, adding that, “I encourage the Kosovo institutions to quickly move forward the implementation of the law. This will ensure that the future urban development and construction will not harm the beauty and harmony of this Centre, and will care also for the cultural and religious heritage for the next generations.”

Kosovo’s Council for Cultural Heritage – against the law

The law was also opposed by the highest state institution for cultural heritage, Kosovo’s Council for Cultural Heritage. In a statement to ‘Koha Ditore’, Gjejlane Hoxha, executive director of the Council, rejected all of the law’s points. In conclusions that the Council sent to the Functional Parliamentary Committee in November 2011, it explicitly states that the contents of the draft law, plus the law on creating special protected areas near to the Centre, are inconsistent with the requirements set forth in the Ahtisaari Plan, is contrary to the Constitution, and is opposed to international contemporary practices and principles of culture heritage.

After a long and tough debate, members of the Assembly approved the draft law on the Historic Centre of Prizren on April 20th 2012. Each amendment was handled separately, with MPs instructed how to vote in advance. Adoption was advocated on the grounds that its implementation helps Kosovo leave behind the supervision phase of independence.

The municipality of Prizren has no access to its Historic Centre

Since April 2012, the municipality of Prizren was not allowed inside its Historic Centre, according to Urim Ukimeri, culture official in Prizren, during a debate about cultural heritage during the 2012 Dokufest – an international documentary festival, which takes place every summer not far from the Historic Centre of Prizren. “Realistically, if recently we could at least monitor the conditions of the Centre, now with the approval, God knows who is engaging in it” says Ukimeri.

The laws were welcomed by the US Embassy, which stated in a press release that it “is satisfied that the Assembly took action to move the country closer to the goal of ending the supervised independence”. The release adds that, “the adoption of the four last laws remained by the Comprehensive Settlement Proposal (CSP) and recognized as liabilities from the Assembly at the time of independence, represents an important turning point. Moreover, the law on Historic Centre together with three others (The law on village “Hoça e Madhe”, tax administration procedures and amendment of the law on Public Enterprises) themselves are good for Kosovo and it was the right thing to do.”

A petition of civil society, not taken seriously

Members of civil society – the only actor living near to the Historic Centre of Prizren – started collecting signatures at the beginning of 2012 opposing the law’s approval. According to them, there has been no consultation with civil society on the issue. The petition, however, ultimately didn’t lead anywhere.

Zejnullah Hoxhaj, an ordinary citizen of Prizren, in a cold tone, says that he understands the purpose of the Ahtisaari Plan. “I understand the package and its goals through Kosovo’s situation. But what I don’t understand is that even today the Municipality itself doesn’t have access to it, this culture is ours and belongs to Prizren” he stated. “Multiculturalism is not clearly understood. If this package really aims for multiculturalism, then why is it not permitted coexistence with the rest of the Centre, but everything is going in the hands of Serbs and the Serbian Orthodox Church based in Belgrade? Here we are in Prizren, in the cradle of culture”, queries Hoxhaj.

Drita Stublla, another Prizren citizen as well, says that there is no reason for the Centre to be victimized so that Kosovo integrates itself. “This Historic Centre belongs to Prizren, and this should be known by everyone who decides to create a boundary between this relationship. Orthodox Church has also some rights on this Centre, but for this there is no need to create new protected areas, because by being protected everything is becoming untouchable there”, commented Stublla says.

The politics of multiculturalism have, in this example, been implemented in a top-down manner. The cultural heritage of Prizren has long been one of peaceful coexistence, yet various political agendas – both international and domestic – have chosen to pursue their own interpretations and interests. In this case, therefore, politics is a threat to multiculturalism, despite claiming to respect it. Prizren is not for one side or the other, it belongs to a collective of people and consists not only of buildings, but also of people and cultural values as well. These values transcend ethnic identities as they are politicized in the Kosovo context.

Arbër Selmani works as a culture journalist for ‘Zëri’, a daily newspaper published in Kosovo, and is also a contributor to the Balkan Investigative Reporting Network (BIRN). Selmani is also an author, mainly writing poetry and columns. He is an alumni of the BICEED project, supported by the Swiss Cultural Programme, and has participated in several artistic events in Turkey and Italy.

The article about Prizren’s Historic Centre is the result of a five-month research project into how multiculturalism between Albanians and Serbs is being affected by state laws, religious perspectives and the Ahtisaari Plan.