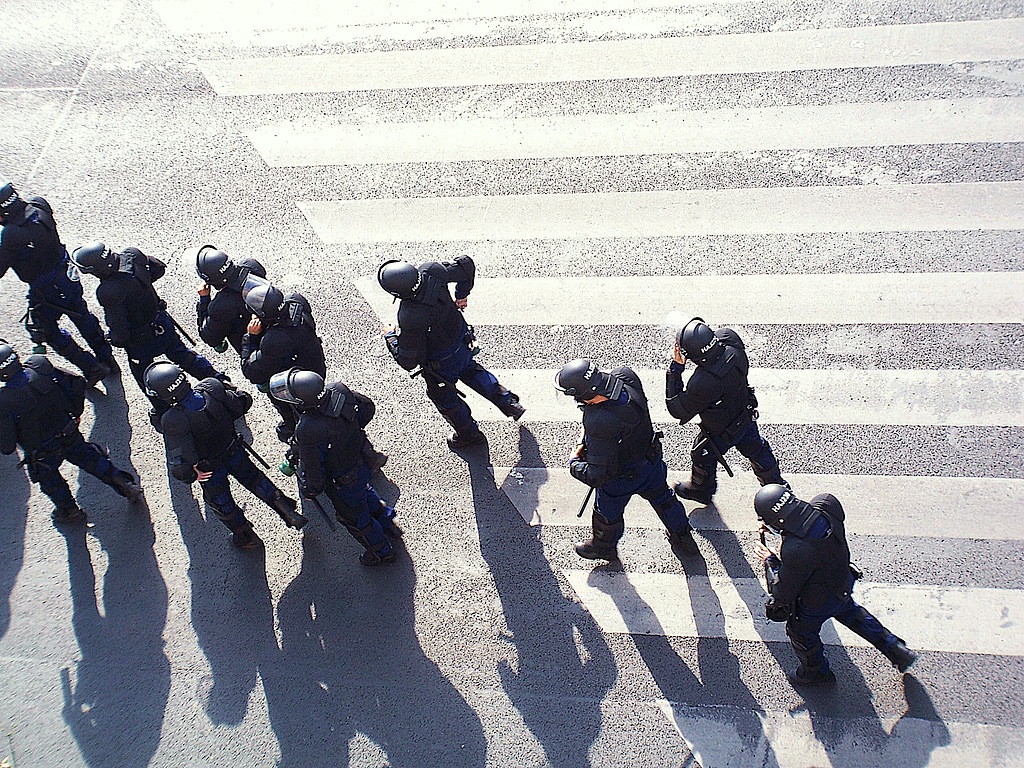 Whilst some may be tempted to use radical, far right organizations as proxies for their daily political goals, they would be wise to remember that even the most powerful political and security actors have in the past ‘overplayed’ with fire and created potent adversaries.

The story of the two Obraz could be considered a “not so peculiar” one. The Serbian Obraz is “the older brother” of the two; an unusual fact given that the influences have normally been exerted in the opposite direction. The Serbian Obraz was banned by a decision of the Serbian Constitutional Court in July 2012, whilst their leader, Mladen Obradovic, was sentenced to two-years in prison for threats and hate speech towards the LGBT population, as well as for coordinating violent protests during the 2010 Pride Parade. The sentence was suspended in February 2013 by the Serbian Appellate Court.

The younger brother, on the other hand, is still active. According to the Russian based web-portal, ‘Right World’, the Obraz brand was brought from Serbia to Russia by a young historian, Ilya Goryachev, in the autumn of 2002. The creation of Obraz in Russia in 2007 was authorized by members of the main board of the Serbian Obraz. From 2006 to 2007, Ilya Goryachev served as an assistant to Nikolai Kuryanovich – from Vladimir Zhirinovsky’s Liberal Democratic Party of Russia (LDPR) – a deputy of the State Duma.

In 2012, Goryachev co-founded the Right-Wing Conservative Alliance (Pravo-Konservativny Alyans), which declared Vojislav Seselj – the founder of the Serbian Radical Party (SRS), currently on trial at The Hague for war crimes – an honorary citizen of Moscow. The initiative followed Goryachev’s visit to the Serbian parliament as a guest of the SRS, together with his fiancée,  the leader of Italian Forza Nuova, Roberta Fiore, and a member of banned Serbian neo-Nazi, National Alignment (Nacionalni Stroj), Miodrag Milikić.

The Right-Wing Conservative Alliance and Russian Obraz maintain contacts with with far-right parties and movements from all over Europe – including the Serbian Radical Party, Forza Nuova, the English Democrats, Golden Dawn etc. – and are apparently rather critical about the current Russian government, who they see as a “false union of the conservative forces with liberals and leftist”.

Things get more complicated if we monitor the activities of the most media-exposed far-right organization since the banning of Obraz; namely, SNP Naši. In a recent trip to Moscow – recounted in detail on their website – SNP Naši were hosted by an organization called the Kosovo Front, whose leader, Alexander Kravchenko was a volunteer in the Serbian paramilitary units during the wars of the nineties. The Serbian representatives also allegedly met with Russian experts participating in drafting the law on foreign agents and seeking a one-hundred year ban of gay propaganda; two models that SNP Naši seek replication of in Serbia. One of the laws co-authors stated that they would provide precise translation of the laws to aid SNP Naši’s efforts.

Representatives of SNP Naši also visited the Sergey Radonitzky Church, next to which a new Orthodox temple is being built. In the basement of the new church – allegedly with the blessing of the local priest, Father Sergey – is an “Orthodox military-sports club”, which trains young men in military and survival techniques. According to the SNP Naši website, the members also receive talks from priests in order to “strengthen their spirit and national consciousness.” There are believed to be around 3,000 such clubs in Russia, with an estimated 75,000 members, many of them underage. SNP Naši apparently expressed their wish to help establish such clubs in Serbia.

With respect to other similar movements, the far-right, conservative Dveri and far-right nationalist SNP 1389 have also had contacts with SNP Naši’s Russian namesake, Nashi, who are are in the process of “rebranding” due to a bad image amongst the general population. Nashi – with whom the creation of a Russian-Serbian youth society was discussed – has been officially endorsed by the Russian president’s administration, having been established by the Federal Agency for Youth Affairs (Rosmolodezh). They were created in 2005 by rebranding the previous official state-controlled youth organization, ‘Marching together’, established back in 2000. The modus operandi of Nashi has caused controversy  with their political opponents (mostly liberals and the media) accusing them of intimidation, thuggery and hooliganism.

Since 2005, Nashi has been headed by Grigoryevich Yakemenko, from the Moscow satellite town of Lyubertsy, who was a prominent member of the notorious Lyuberi street gang back in the late eighties. Lyuberi were a group of young (mostly teenage) thugs who patrolled the streets targeting what they saw as unwanted, deviant and westernised youths (hippies, metal-heads, punk rockers etc.) and promoting the Soviet way of life. Their links with the criminal underworld and security structures are well documented, with the CPSU and KGB understanding their usefulness. Following the break of Soviet Union, the saviest members of Lyuberi entered private business with the help of their still powerful backers, with Vasily Grigoryevich acquiring significant wealth and benefiting from the coming to power of Putin, whose closest collaborators remain his comrades from his KGB days.

These contacts between Serbian and Russian organizations pose a number of important questions, particularly concerning their relationships with the respective security agencies and the extent of the threat they pose. With the political and economic situation in Serbia – and indeed the wider region – unlikely to improve significantly in the medium term, the appeal of these organizations is only likely to increase. Banning these organization would do little to diminish their support and would only encourage them to find other, possible more violent, means of expressing their views. Whilst some may be tempted to use these organizations as proxies for their daily political goals, they would be wise to remember that even the most powerful political and security actors have ‘overplayed’ with fire and created potent adversaries. Whether this lesson of history is heeded, however, remains to be seen.

Vladimir Ninković is a project officer for security at TransConflict Serbia.

This article is published as part of TransConflict’s project, Confronting Extremism, which aims to improve understanding about the concept of extremism itself, plus the groups and ideologies that manifest extremism in their aims, rhetoric and activities.

If you would like to contribute to the debate on Confronting Extremism, please do not hesitate to contact us with your ideas and suggestions by clicking here!