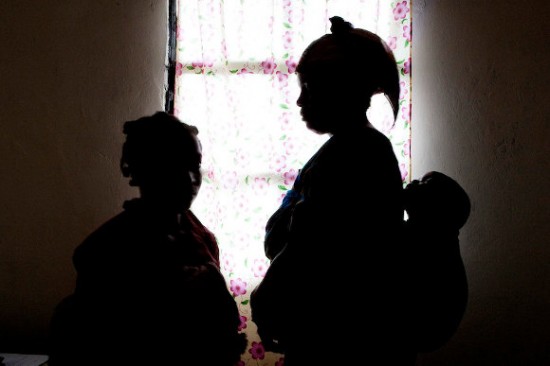 Wartime gender-based violence is proof of a prevalent undercurrent of gender discrimination in peacetime; a fact that is often overlooked in the strategies developed to tackle sexual violence.

That gender-based and sexual violence is a weapon of war – and a painfully common occurrence in nearly every war – is a brutal fact. What is obscure, and perhaps little considered in the strategies developed to tackle sexual violence, is that it is as much rooted in peacetime as it is in wartime. Gender violence is ubiquitous and exists as a phenomenon in a “continuum” of sorts between peacetime and wartime.

In both peacetime and wartime, the occurrence of gender-based violence is a representation of the dominance and aggression that men assert over women, and of the fact that the bodies of women are focal points for aggressive discrimination based on sex. The only difference between both situations lies in the proportion.

In peacetime, there are scattered or episodic instances of violence. The bodies are “individual” in that the cases are separate incidents and rape is not pursued as a policy of dominance. In wartime, the scale and proportion extends beyond this limit, where bodies become ‘social bodies’, with the number of events taking place tolling much higher – both, as a matter of policy of dominance, and by any and every person.

Wartime gender-based violence is proof of a prevalent undercurrent of gender discrimination in peacetime. This is precisely the reason for the “effectiveness” of gender violence in war in breaking a nation’s social order. If there were no prevalent concepts in peacetime of honour, shame, sexuality, sacredness of virginity and modesty, gender-based violence cannot function so effectively in war. The element of cultural salience in peacetime surrounding a woman’s honour is a reflection of the connotations that sexuality has in peacetime.

A women’s shelter for victims of sexual abuse in Goma (photograph by UN Photo/Marie Frechon, published

The dynamics of male dominance stem from the notions surrounding the protection of female honour, which in turn, is inherent in many traditional cultures. Most countries that have remained thriving hotbeds of impunity with gender-based violence in wartime are those that are peppered with a sanctimonious perceptions of women as sex objects in peacetime.

By “sex objects”, the connotation intends to convey that women are representatives of the code of honour of their families and the code of honour of their blood and lineage. This in turn leads to the augmented sanctity attached to the virginity, chastity, honour and virtue of a woman. Women themselves are brought up with the preconditioning that their honour and shame are non-negotiable elements for their acceptance in society. A woman is deemed the representation of the honour of the three-tiered hierarchy that commands her life: her husband, her family, and the community or province she represents.

Given the importance of and emphasis upon a woman’s chastity, monogamy and fertility in peacetime, it is understandable why women become the critical targets of enemy combatants in a state of war. An act of violence against women is a means for combatants to show their control over the “sexual property” in a conflict.

Bodies don’t turn into battlegrounds when peace descends into to war, but remain battlegrounds through peace and war. Sexual violence in peacetime is often construed as crimes against the individual – while in war the very same offences gain greater magnitude. The continued existence of a culture of silence in peacetime is a springboard for the unhindered occurrence of violence against women in war.