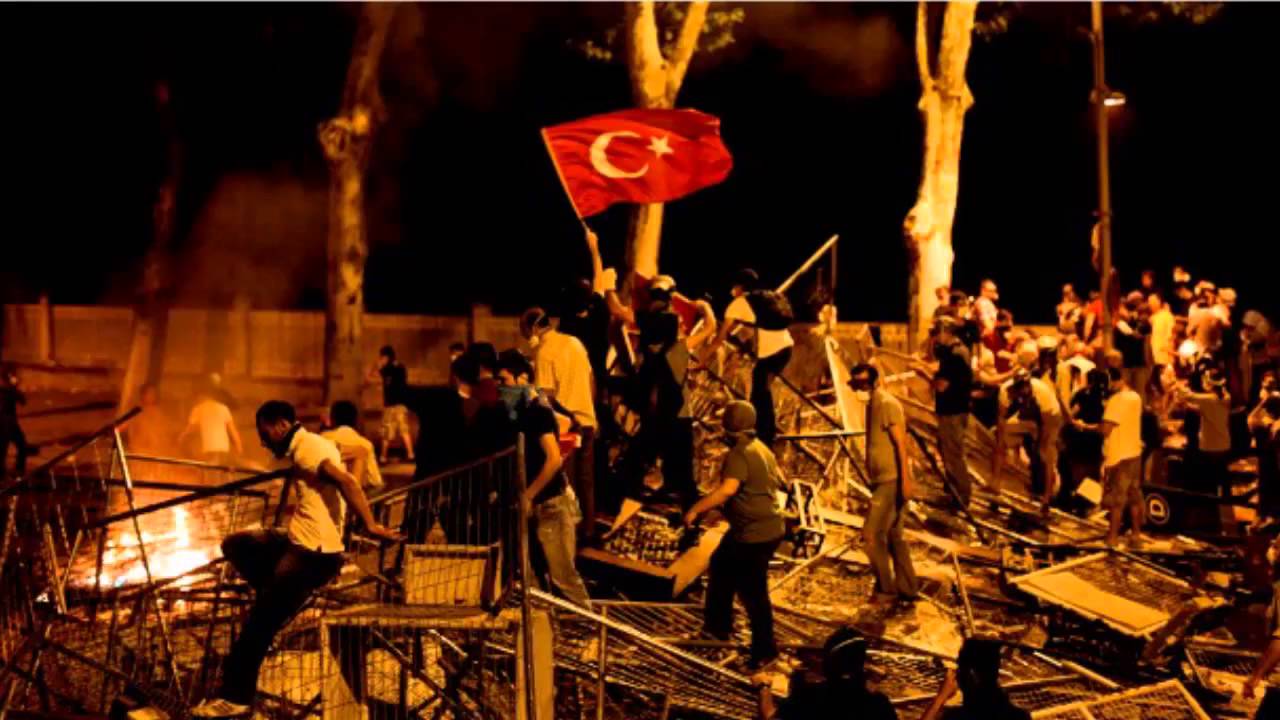 After a week of protests and police brutality, a group representing the Gezi Park Solidarity met with government officials in Ankara and handed in a list of six demands. Erdogan, however, does not seem to be willing to meet any of the demands even halfway and is instead hoping to leverage the polarization of Turkish society to his advantage.

After a week of protests and police brutality, a group representing the Gezi Park Solidarity met with government officials in Ankara and handed in a list of six demands. Demands emphasized how politics and the city defined this new movement in Turkey: 1. put an end to the construction plans for the shopping mall or any other projects that will replace Gezi Park, 2. stop the demolition plans for the Istanbul City Concert Hall, 3. sack the government officials responsible for excessive police violence, 4. ban the use of tear gas in public demonstrations, 5. free those who are detained and officially declare that they are not going to be prosecuted, 6. open all city squares for public demonstrations.

A bunch of young environmentalist activists was spending the night in Gezi Park in Istanbul’s Taksim Square when a bulldozer started tearing down a few of what has remained from 75 year old maple trees. Gezi Park has never been a magnificent park, but it was one of those few green public spaces that anyone could sit on a bench and relax without having to consume. Istanbul is a concrete jungle of 15 million people with very few public parks. Giant shopping malls and towering urban blocks have spread all around Istanbul over the past decade. The city currently has 92 shopping malls, a number much higher than any other European city.

Yet as projects moved forward, a growing pattern of destruction of Istanbul’s symbolic landmarks emerged. Places like the historic Art Nouveau Emek Movie Theater and Inci Patisserie that had a special place in many people’s personal histories were torn down only to open space for construction of yet another shopping mall. In liberal democracies, such urban development projects are generally handled by the city government in consultation with the public councils. In cities like London, Washington, DC or Paris any developer needs to receive several permits before putting a nail on a 100-year old apartment. The most disturbing is the direct involvement of PM Erdogan in almost all construction projects as if he is still the mayor of Istanbul so many years later.

Erdogan’s style has been confrontational throughout his career. Actually it was his political courage that finally challenged the authoritarian military influence in Turkish politics making him one of the most popular politicians of all times with landslide victories in three consecutive general elections. Recently, however, Erdogan began to assert himself as the omnipotent father of Turkey. Just in the past one year Prime Minister personally clashed with American author Paul Auster who criticized Turkish Government for keeping hundreds of journalists in jail. Erdogan pushed for introducing time limits on the sale of alcohol, called for an end to extremely popular TV show ” Magnificent Century” for insulting Sultan Suleiman and supported the morality announcements in Ankara metro.

Today’s Erdogan is not the same Erdogan who promised respect to all lifestyles when he first got elected in 2002. Surrounded by a group of media whom he now insults as “dogs on leash” he began to manufacture a new image for Turkey that is not only prosperous but pious and repressive. This new Turkey was supposed to be a source of inspiration for all countries in the Middle East. Mainstream media under Erdogan’s strict orders censored the news on the Reyhanli bombings on Syrian border where 51 people lost their lives and the police violence in May 1st demonstrations in Taksim Square.

Irritated by the presence of the activists in Gezi Park a defiant Erdogan called the protestors “looters and marginals” and insisted that the park will be demolished.

Erdogan will continue escalating the crisis. His speech upon his return from his North Africa trip where he blamed the loss of lives for 15 trees and the artists is a clear indication that he is hoping to leverage the polarization of Turkish society to his advantage. Yet, the new civic opposition has various different elements from socialists, LGBT movement, liberals, anti-capitalist Muslims, Kemalists, Kurds and environmentalists who are immune to repression and will not be intimidated by Erdogan’s threats. Erdogan is not even willing to meet any of the six demands halfway. At this point it is fair to expect further financial instability in Turkey as stocks will continue to plummet responding to Erdogan’s uncompromising stance. Erdogan, on the other hand, smiles as his supporters cheer “let us go and crash Taksim”.