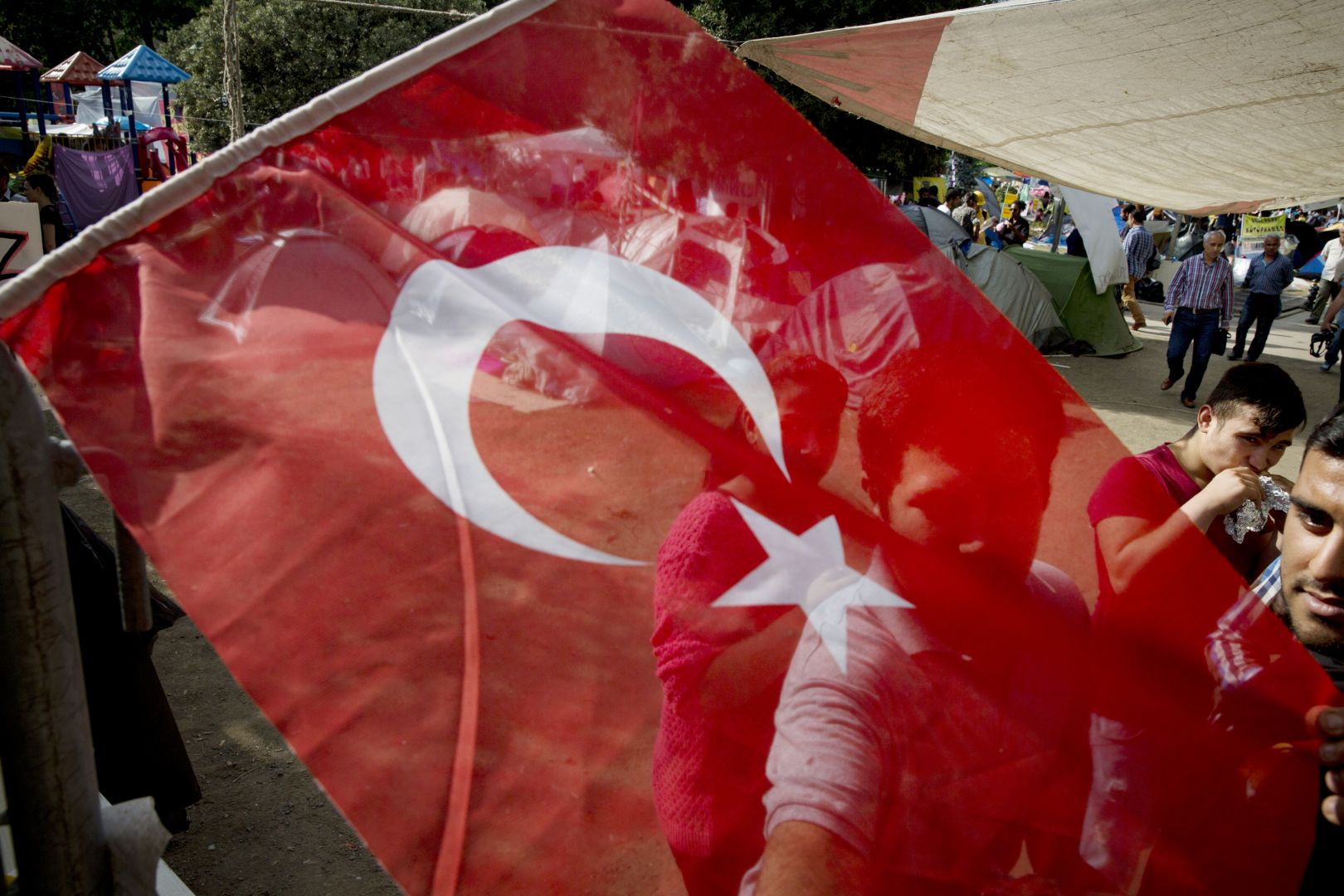 The protests constitute an alarm call for both government and opposition. They should bring home to the AKP the realization that Turkish democracy, all its deficiencies notwithstanding, has come of age.

This is a second effort to comment on the recent protest in Turkey. This ‘second take’ is informed by having had the opportunity to talk over the past couple of days to a number of people in Istanbul with diverse opinions on the situation.  In an article I wrote back in 2007 on the events of the summer of that year in Turkey, I had tried to develop a reasoning that countered the way in which the military-bureaucratic establishment in Turkey framed Islamism in general, and the AKP in particular, as the ‘Other’, as an outsider to the Turkish body politic that threatened to destroy the achievements of the secular, modernizing forces that had built the Republic. I was arguing then it is evident that, contrary to the attempted simplification of the current political situation into one characterized by the irreconcilable conflict between a monolithic and fundamentalist Islamist camp bent on introducing Şeriat (sharia law) and Turkey’s secular forces, the reality is much more complex. Political Islam in contemporary Turkey is an incredibly diverse phenomenon that cannot be reduced to the traditional label of religious fundamentalism. In this vein, the AKP should be seen as a multifaceted, internally diverse movement that comprises old Islamist political forces, to be sure, but increasingly, the new middle class and business elite that emerged in the 1980s due to the transformation of the official Kemalist discourse into one that had room for Islam and, indeed, depended on the latter for its own legitimacy and effectiveness. As such, it purports to represent both the urban and provincial poor who see in Islam the promise of social justice and of what Tuğal (2002: 101) has called ‘moral anticapitalism’ and the aspiring economic elites who consider that the party’s Islamic discourse has room for what Tuğal once more calls alternative, or ‘moral capitalism’. As it has also been pointed out, (Cornell 1999; Sofos 2001: 259) Islamic political forces have been very successful in attracting the young, especially those disaffected with the impasses of Turkey’s tutelary democracy, corruption and Turkey’s state bureaucracy. It is this, additional, dimension of political Islam in Turkey, its ability to attract considerable numbers of young and disgruntled voters and to articulate their disenchantment, that has been largely ignored by commentators and politicians alike.

Within a few years, the AKP, and Prime Minister Erdoǧan in particular, had presided over a sea change in Turkish politics. The military had been tamed and slowly abandoned its intervention reflexes, a fossilized opposition had started to consider embarking on a long and painful process of renewal, and secularism was being redefined in ways that did not discriminate against citizens who faced the dilemma of compromising their religious beliefs in order to participate in the public arena (I am primarily, though not exclusively, thinking of the relaxation of the restrictions imposed on covered women entering in education or employment in certain areas of the public sector). A lot of its achievements have been controversial. The investigation of senior army officers for corruption and conspiracy has attracted accusations of fixed charges and has been likened to a witch-hunt. The number of journalists that faced government obstructionism and lack of transparency or even were incarcerated has increased dramatically. The AKP and its leader have grown arrogant and have started marginalizing their secular, liberal and leftist critics in ways that are reminiscent of the marginalization of their constituency by the ‘Kemalist’ establishment.

The events that started at the Gezi Park in late May have been interpreted in substantially different ways by the different parties involved. The protesters – not a homogeneous group – have, at least temporarily, been brought together through what social movement researchers call ‘the construction of shared injustice frames’. In simpler words, they perceive themselves increasingly ignored and marginalized by an arrogant government and Prime Minister. Some of the people I talked to describe the protest as a ‘White Turk Revolution’. If this means the political coming of age of relatively young and hitherto relatively apolitical Turks, the label ‘White Turk’ is accurate. If this means that the events have set in motion of a long, arduous process of political realignment of the political system, then the term ‘revolution’ is also accurate. Some of the protesters I talked to are passionate secularists and some are nostalgic of the ‘Kemalist era’ meaning the time prior to the political ascendance of the AKP, although they have little or no memory or experience of it.Others have been more irreverent towards the Kemalist heritage – protesters in Taksim put fruit in the hands of the statue of Mustafa Kemal on the İstiklal Anıtı (Independence Monument) whereas others covered the facade of the Ataturk cultural center with banners and flags. And, next to the secular or liberal or leftist youth one needs to recognize the Alevis who have been increasingly worried about an increasingly assertive AKP and all sorts of different political minorities with other particular concerns.

On the other hand, the very few AKP supporters I managed to talk to gave me an insight to the fear of becoming marginalized again under an aggressive secularist system that would draw legitimacy from the secular educated middle and upper classes. Some argued that the ‘Kemalists’ ‘ contempt towards ‘them’ could be described as racism. Which reminded me, incidentally, a discussion I had a few years ago with a major Leftist intellectual whose name I would not divulge who had said, referring to the AKP’s Anatolian strongholds, ‘Anatolia is a factory of ignorant fascists’. Against this background, the arrogance of some in the leadership of the AKP notwithstanding, one can understand (not though justify) the fierce and brutal reaction of the government.

The paradox of this situation is that the protesting youth in the street are the product of a period of economic development and increased educational and employment opportunities created by the model of development adopted by the AKP. Although its paternity may be unclear as it built on the economic plans of Kemal Derviş, their paternity is complex and points partly to the AKP. As I suggested in another note, the protests constitute an alarm call for both government and opposition. They should bring home to the AKP the realization that Turkish democracy, all its deficiencies notwithstanding, has come of age. The streaks of majoritarian authoritarianism inherent in the AKP governmental record are increasingly becoming unpalatable to half of the electorate that had remained sceptical of the AKP’s pre-election assurances that it was not intending to pursue a strategy of creeping islamization. Arrogance and contempt can generate powerful emotions and solidarities and the past few days have made this abundantly clear. The opposition’s irrelevance during the protests is bearing bad news for its leadership. Although some of the slogans used during the protests such as the popular ‘we are the soldiers of Mustafa Kemal’, at first sight reflect the endurance of the Kemalist ideology shared by CHP, the major opposition party, along with many other smaller political forces, the secular, democratic and grassroots outlook of the protests has very little to do with the fossilized, elitist and statist version of Kemalism revered by opposition parties.

If one had to resort to catchwords to describe Turkish society today, the words that come to mind are post-Kemalist and post-Islamist. To be more accurate albeit still simplistic, it is a society where secular modernity (including its political-democratic components traditional Kemalism has been so ill-at-ease with) intersects and interacts with conservative, often religious values, expressed by particular factions within the AKP, in so many possible ways. The messages conveyed by the popularity of the AKP and the vibrancy of the ongoing protests are unambiguous: the contradictions of Turkish society call, not for political and social polarization, but for the search of a modus vivendi, one that needs to be painstakingly invented and continually recalibrated, based on democracy, tolerance and compromise. It means that the fears of the protesters and those of the supporters of the AKP need to be addressed. And this will require a government and an opposition that are prepared to ‘listen’. I still maintain that whether the political class of the country is prepared to embrace the challenge of renewal is yet to be seen.