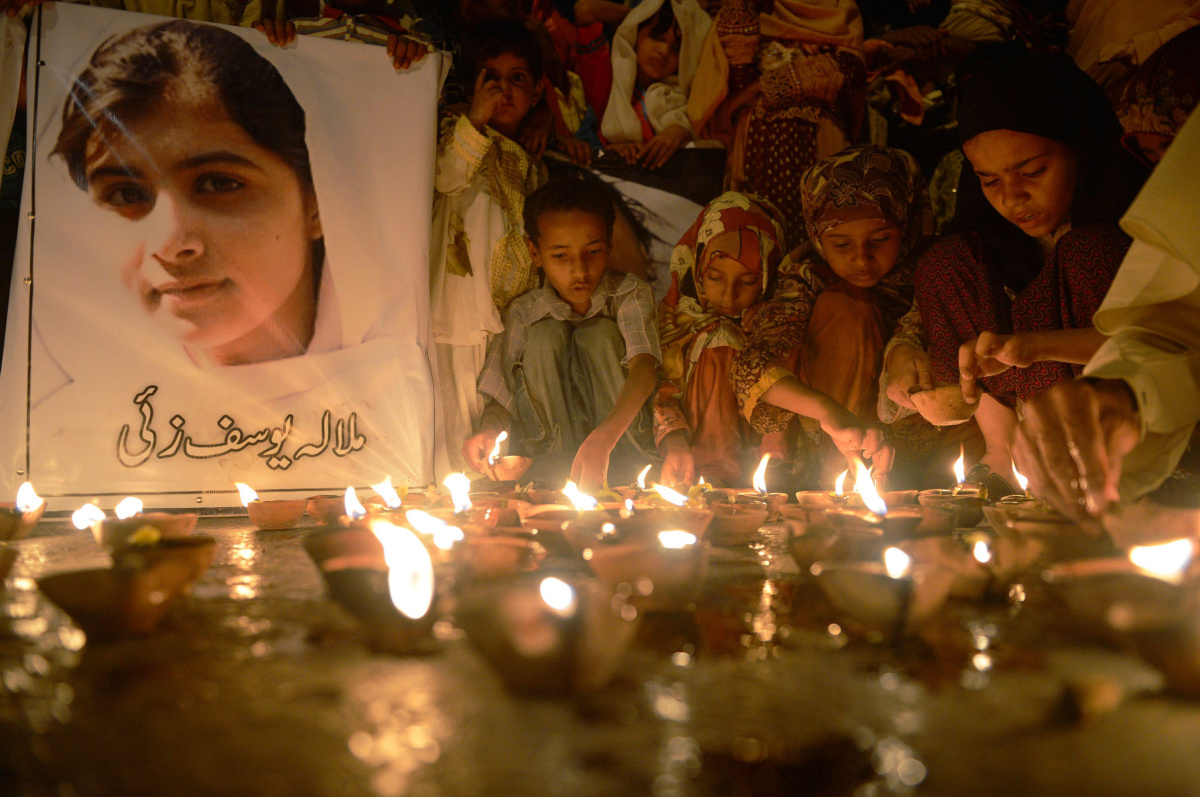 To mark the birthday of Malala Yousafzai, the Global Coalition to Protect Education from Attack (GCPEA) called on governments, non-state armed groups, international and local organizations, and other education actors to take action to ensure that students like Malala are able to learn in safe environments, protected from violence and conflict.

Malala Yousafzai, a Pakistani school girl, recently turned 16 – an age she almost did not live to enjoy. Last October, Taliban gunmen shot Malala in retaliation for her speaking out on girls’ education. On Malala’s birthday, the Global Coalition to Protect Education from Attack (GCPEA) called on governments, non-state armed groups, international and local organizations, and other education actors to take action to ensure that students like Malala are able to learn in safe environments, protected from violence and conflict.

Like Malala, many other school children across the world risk their lives on a daily basis to receive an education. Many of them tragically lose their lives, as happened last week to 41 students and one teacher in northern Nigeria. According to news reports, the 42 people died in a vicious attack at their boarding school when militants from the group Boko Haram opened fire on a dormitory as they were sleeping. In the aftermath of the attack, some bodies were found burned beyond recognition and many of the children who had fled remain missing.

These incidents are direct attacks on education. Indeed, Boko Haram, whose name translates to ‘Western education is sacrilege,’ has been targeting schools, students, and teachers with increasing intensity and frequency. In a single week in June, the group opened fire on nine school children taking their exams; in another incident, thirteen people, including children and teachers, were killed in a shootout when militants from Boko Haram attacked a different school.

In Iraq, University of Baghdad professor Dr. Ahmed Shaker was killed by a bomb planted in his car – this was but the most recent assassination of an academic in a country that has seen hundreds of professors directly targeted and killed since 2003.

In Syria, according to Human Rights Watch, opposition and government armed forces both have used schools as military bases, barracks, detention and torture centers, and sniper posts—a practice that endangers students, limits their access to education, and increases the likelihood of attack from the opposing side. The Syrian government has also fired on school buildings that were not being used for military purposes.

In northern and central Mali, armed groups have raided, burned, and destroyed schools, according to the Watchlist on Children and Armed Conflict; the UN Secretary General reported that these groups attacked 115 schools in 2012.

Including Nigeria, Iraq, Syria, and Mali, there have been reports of attacks on schools, universities, students, and educators, or the military use of schools, in more than 30 countries since mid-2007.

Attacks on education carry a widespread and devastating impact. Beyond the individuals immediately injured, killed, or denied an education, schools and universities may be shut down across a broad geographic area. The governor of Nigeria’s northern Yobe state ordered all schools closed following the July 6th attack, according to media reports. In the longer term, attacks on education diminish the quality of education, weaken educational systems, impede academic freedom, and lead to the loss of teachers and scholars. A report published by Save the Children today shows the short-term damage and the long-term impact attacks on education have had on education systems in countries like the Central African Republic, Democratic Republic of Congo, Mali, occupied Palestinian territory, Pakistan, and Syria. The report shows that the education of millions of children is interrupted for months or years.

In honor of Malala’s courage and the bravery of the countless other students, teachers, and professors who go to their classrooms each day despite overwhelming danger, GCPEA recommends that:

The Global Coalition to Protect Education from Attack (GCPEA) was established in 2010 by organizations from the fields of education in emergencies and conflict-affected fragile states, higher education, protection, international human rights, and international humanitarian law who were concerned about ongoing attacks on educational institutions, their students, and staff in countries affected by conflict and insecurity.