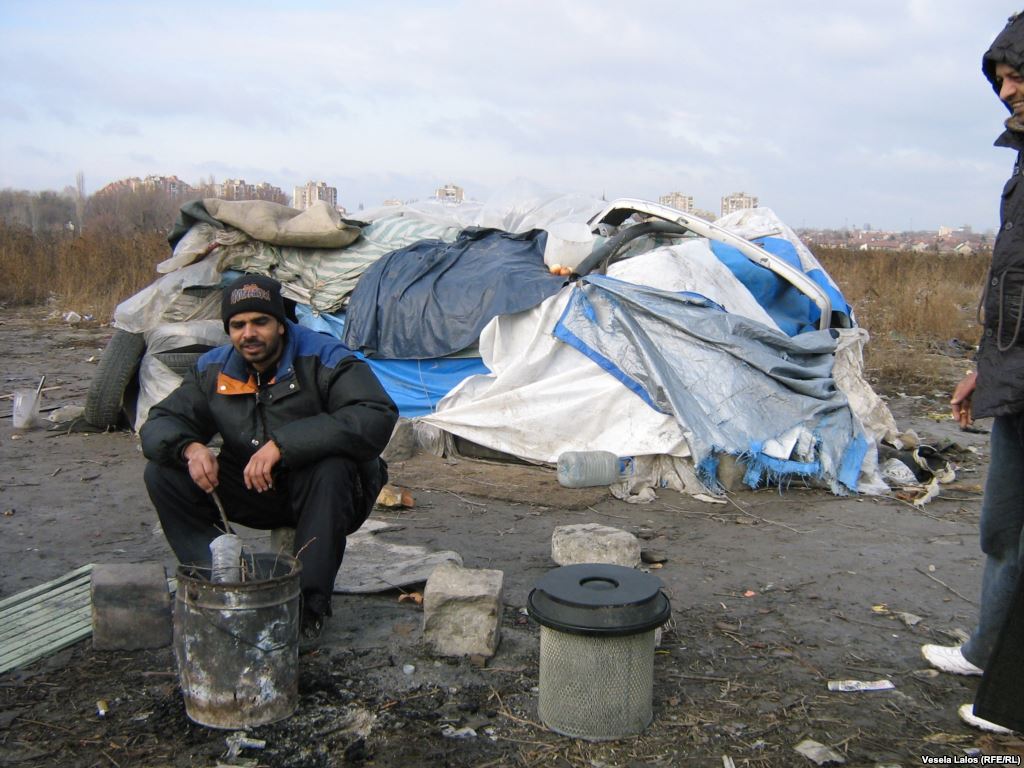 Taking into account the surprisingly low numbers of persons granted any form of international protection, the actual situation in Serbia raises serious doubts about whether the state is able to effectively deal with the problem of asylum seekers, whilst simultaneously providing its own IDPs and returnees with adequate services.

Over the past four years more than six-thousand people have applied for asylum on the territory of the Republic of Serbia. Only three have been granted subsidiary protection; the rest were rejected without further consideration after the authorities applied the ‘third safe country’ concept. (1) Constituting, in a way, a ‘rampart’ of the European Union, the country attracts people willing to apply for asylum within the territory of the EU; people who perceive it mainly as a transit point and do not stay there for long. Yet, there are still those who deliberately choose Serbia hoping for a better future.

Having emerged in June 2006 after the dissolution of the State Union of Serbia and Montenegro, Serbia is still dealing with the problem of internally displaced persons (2) from the was in the former Yugoslavia. Recently, it has faced another challenge – a record number of returnees who lost international protection status abroad and have been forced to return to their country of origin (e.g. according to data from the Serbian Ministry of Internal Affairs, only in Germany there are more than eighty-thousand people who no longer enjoy any protection according to German legislation and who should be returned to Serbia. (3)

This has hampered the government’s initial plan to close the returnee ‘problem’ within the next three years. The process will undoubtedly be far more time-consuming and will require extensive financial contributions on the part of the state.  A very difficult internal situation and the lack of resources necessary for providing  Serbia’s own citizens (both IDPs and returnees) with adequate living standards forced the authorities to significantly limit  the number of approved asylum applications. This led to the situation where, in the period of the last four years, only three people have been granted subsidiary protection status.

One of them is Hamid (4), a fifty-year-old Iraqi. When I met him, he was rather animated, speaking fast and smiling nervously. As one of the very few people who specifically chose Serbia as a place for asylum (the majority get here ‘by chance’, often deceived by smugglers promising to take them to the EU), he explained how he came here first during the time of the former Yugoslavia and was taken by the country and by openness of its people. He still likes it here. Just a bit less. It has been two years since he was granted subsidiary protection, yet he was still living in an asylum centre, unable to either find a job, or to provide for his living himself. For several months, Hamid – who has two engineering degrees from the Baghdad University – was collecting the documents that would enable him to have his qualifications recognised  and to ultimately find a job. When we explained to him that the procedure is time-consuming, potentially taking up to one year, he just kept wringing his hands.  More than anything else, he wanted to work.  Hamid has in the meantime compiled Arabic-Serbian and Arabic-English phrase books which he distributes in the asylum centre. This is how he helps other migrants who are in an even worse position than himself, since they do not enjoy refugee or subsidiary protection status. Two months later, I found out that Hamid managed to find a job. The UN Refugee Agency (UNHCR) and Danish Refugee Council offered him a post of an assistant English teacher in the asylum centre.

Soon after that, I met Selma and Ahmed. They are both in their twenties and both are from Tunisia. Selma is Catholic, Ahmed Muslim. Whilst they were in Tunisia, they lived together which was perceived as offensive by a highly conservative society. Selma was blamed for not wearing burka, although she is not a Muslim. Then she ‘liked’ a page ‘STOP Sharia Law’ on Facebook  and the next day, she was beaten in the street. This made them leave the country. Now they want to get married. We explained what the procedures were like in Serbia and that the only way to conclude a marriage is by getting married in the Civil Registry Office. Ceremony in the church is merely of a symbolic character. Away from Tunisian reality, it is difficult for them to fully understand new and unfamiliar system.

I also got to know Asam, who came to Serbia with her three-year-old son Mohammad. She ended up in Serbia ‘by chance’. Mohammad got an unexpected epilepsy attack which forced them to stop and search for help in the nearest hospital. The boy underwent special treatment, the costs of which were covered by one of international organizations. However, Asam didn’t want to keep giving him any medicine in the asylum centre. When we talked to her and explained how important it was to continue the medical treatment, she just kept nodding her head. It seemed as if she understood the gravity of the situation. A few days later, the boy whose condition aggravated, was taken back to hospital. In the meantime, Asam managed to contact her husband who, together with other children, was staying in Greece. Not long after that, they all arrived to Serbia with the assistance of smugglers. Asam, together with her family, already left the asylum centre in Serbia. She probably decided to try to reach the European Union, just like the majority of other migrants for whom Serbia is nothing but a transit country.

These are only three of many life stories whose main commonality is the struggle for dignity.  Asylum seekers are determined to find an environment which would provide them with adequate conditions to enjoy their rights and dignity. They all leave their homes, embarking on a long and dangerous travel – often without any financial resources – and depending on illegal smugglers, hoping to reach a point where they can claim asylum. And only then they need to start a long procedure, without any guarantees that their claims would be favorably resolves. Being aware of the gravity of situation in Serbia where, in the course of the past four years, only three people were granted subsidiary protection, very small percentage have any chance for a positive decision on their application.

In December 2012, the Council of Ministers of the European Union released a last-instance warning to Serbia and other Western Balkans countries due to a huge influx of their citizens applying for asylum, informing them that this could lead to abolishment of non-visa regime by the EU towards the countries in the region. Trying to improve the border control, the states introduced a number of restrictive measures aimed at preventing illegal migrants from crossing the EU frontier. Taking into account surprisingly low numbers of persons granted any form of international protection, the actual situation in Serbia raises serious doubts about whether the state is able to effectively deal with the problem of asylum seekers whilst simultaneously providing its own IDPs and returnees with adequate services.

Ewelina Tylec holds a master’s diploma in law from the University of Wroclaw (Poland) and is a graduate of  LL.M. in Human Rights from the Central European University in Budapest (Hungary). She was affiliated as a researcher,  inter alia, with the Open Society Archives in Budapest. For the past six months she has been based in Belgrade working on an Open Society Foundation funded project in the area of asylum and migration in Serbia.

1) Having established that an asylum seeker, before he or she crossed the border with Serbia, travelled via the territory of a third country which fulfills the condition of being a safe third country (which is the case with majority of applicants), the case is rejected without further consideration and the asylum seeker is returned to the country of origin.

2) According to the data provided by the Internal Displacement Monitoring Centre, there are around 210 thousand people on the territory of Serbia who are registered by the state as internally displaced people. Another 15 to 20 thousand are people with irregular IDP status; mainly of Roma origin. To view full statistics, please click here.

4) Names of the people have been changed for the purpose of this article.