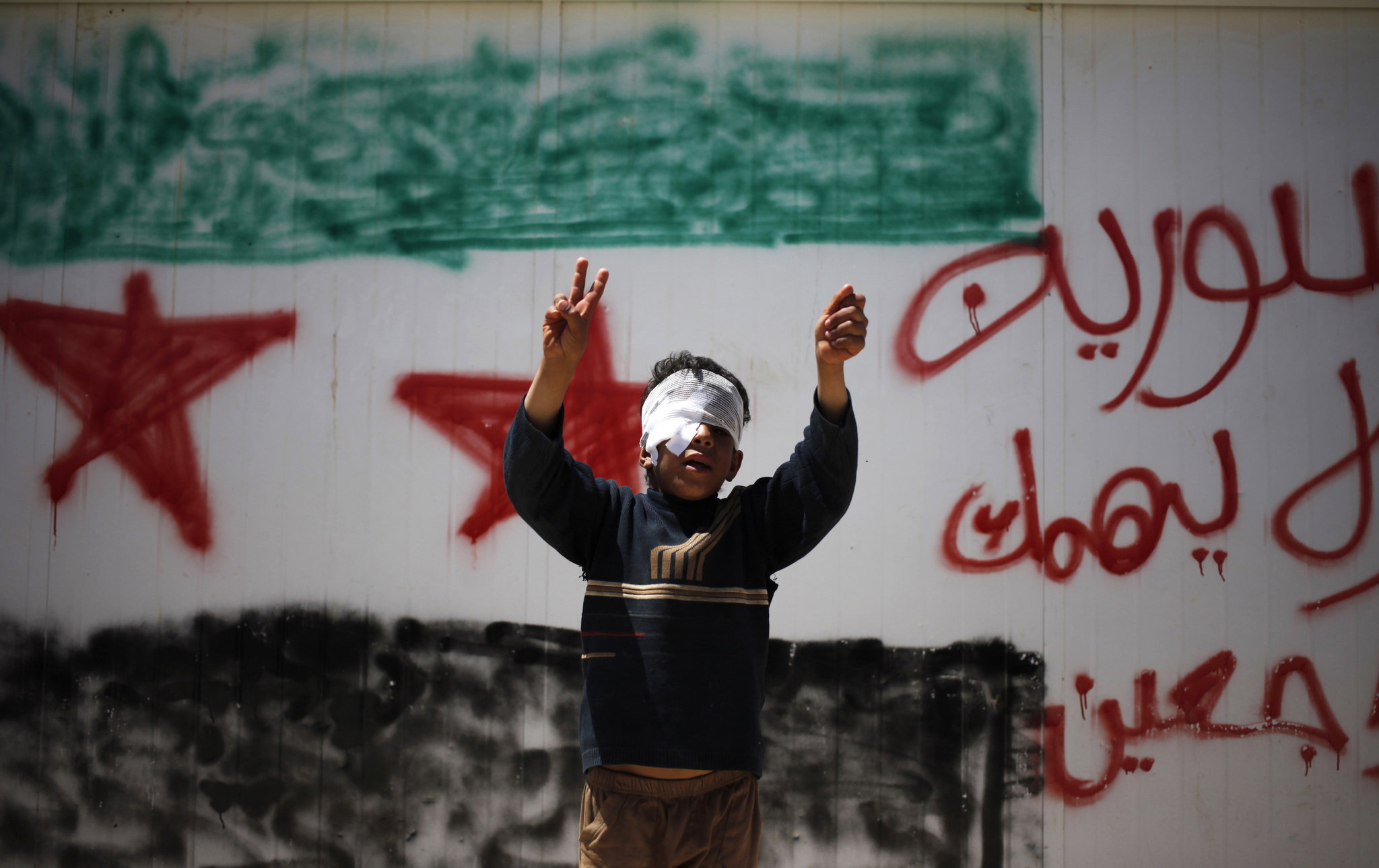 In the two years since the conflict began, civilian deaths have unfolded in unimaginable numbers, yet the international community did not act. With respect to the Responsibility to Protect, therefore, are the lives that have been taken thus far worth less than the potential use of chemical weapons? Are we now to see another Iraq unfold before us – with the West intervening on the pretext of weapons-held, not because of lives lost?

The beginning of the Arab Spring in Syria was marked some two years ago. Whilst Egypt, Tunisia and, in particular, Libya, received much international attention, Bahrain and Syria have been relatively ignored. News of the use of chemical weapons by the Assad administration, however, has brought forth the question of whether to military intervention should be undertaken.

Several instances of intervention, though unauthorized, have been declared legitimate – like NATO’s intervention in Kosovo in 1999. More recently, the military intervention in Libya, though frowned upon by several states in the international community, can be said to be lawful since it was authorized by the Security Council in Resolution 1973, in ostensible exercise of its powers under Chapter VII of the UN Charter.

With respect to Syria, several countries are looking to intervene militarily in the face of the probable use of chemical weapons. This raises two importantly issues. First, with Russia and China keen to block any intervention, will the West side-step the need for prior UN authorisation and repeat a Kosovo – the very event they declared would not be a precedent? Second, assuming that all such questions are resolved – are chemical weapons alone a sufficient reason for intervention? It shouldn’t be forgotten that there has long been a terrible humanitarian and refugee crisis, with a rapidly growing death toll caused by conventional weaponry.

Public International Law by itself authorises no intervention, and retains the prohibition on it as a lofty ideal found within the primary provisions of the United Nations Charter. Article 2(4) of the UN Charter regards as sacred the political independence and territorial integrity of all nations, and allows for an exception to the prohibition on the use of force only in the form of Article 51; namely the right to self-defence in response to a prior armed attack.

However, NATO carved out a niche exception through its 1999 intervention in Kosovo, and later under UNSC Resolution 1973 when it intervened in Libya. With respect to Kosovo, however, NATO members declared that it was only a special measure, not one that would set a precedent – “sui generis” they chose to call it.

In light of Public International Law as it stands today, it does not bode well to seek reliance on Kosovo to justify an intervention in Syria. Russia and China, as subjects of Public International Law, are averse to any form of intervention. This implies that there is every chance that a move to seek UN sanction for military intervention might be countered by a veto. As it stands, no treaty law authorises humanitarian intervention – it is yet to become a “customary norm”, and until then, there is a prohibition against its deployment.

Some may argue that it could be justifiable to intervene militarily under the Responsibility to Protect doctrine. Even relying on the doctrine (its legal status is a different issue altogether which is also yet to be considered customary practice) is not something that makes sense in the Syrian context. Intervention is definitely going to have its negative impacts; for instance, an increase in civilian deaths and an expected protraction of the conflict.

This leads to the second question concerning the very thought process that puts the use of a certain kind of weapon before the value attached to human life. In the two years since the conflict began, civilian deaths have unfolded in unimaginable numbers, yet the international community did not act. With respect to the Responsibility to Protect, therefore, are the lives that have been taken thus far worth less than the potential use of chemical weapons? Are we now to see another Iraq unfold before us – with the West intervening on the pretext of weapons-held, not because of lives lost? Kevin Jon Heller pointed out on Opinio Juris the very same thing in his own poignant words.

It still remains to be seen, though, if military intervention will be pursued and, if it should happen, whether it will have UN support. In a day and age when the UN itself is getting into conflict mode in the Democratic Republic of Congo, it is hard to see much hope for the denouncement of military intervention. Perhaps it might help to go the Richard Haass way – intervening “mostly with tools other than arms” – if there simply must be intervention.