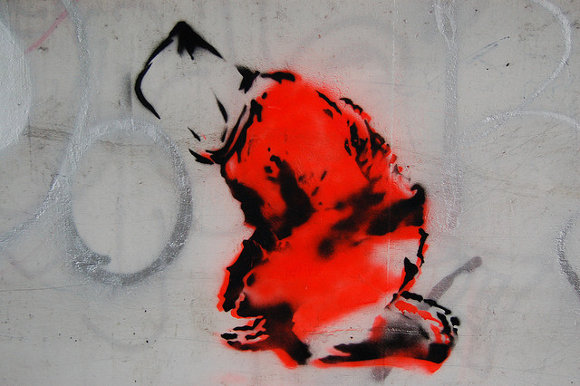 Despite not being a traditional armed conflict, sexual violence has been rampant in the global war on terror. The prevalence of sexual violence in these “wars” was also in pursuit of a policy of dominance, but to serve a different end: that of making detainees and interrogated people “confess” to having links to terror outfits.

The Global War on Terror was not war within the strict interpretation of the terms “armed conflict” under the Laws of War. And it couldn’t be, either – for allowing the declaration and carriage of war against a non-state actor would allow untrammelled use of force across nations without respect for sovereignty.

And yet, there was conduct quite like there is in a proper armed conflict. Weapons were used; civilian casualties occurred; prisoners of war were taken, detained and interrogated; and sexual violence was rampant.

Whether in Guantanamo Bay’s detention centre or in the Abu Ghraib prison in Iraq, sexual violence was often used as a tool of torture in interrogation. In Guantanamo Bay’s detention centre, sexual violence was used among several other methods of torture. It was reported that female interrogators used sexual torture to break Muslim prisoners into “confessing”. There were several reports and testimonies of released prisoners which reveal that sexual violence and sexual humiliation were used as interrogatory tactics in the detention centres. A former US soldier, Saar, who served at Guantanamo Bay also confirmed the use of sexual torture to coerce and interrogate prisoners. The testimony of a detainee, Jumah Al Dossari to Amnesty International explains that he was “interrogated hundreds of times, beaten, tortured with broken glass, barbed wire, burning cigarettes, and sexual assaults.”

At Iraq’s Abu Ghraib, a detainee once told of witnessing an army translator raping an Iraqi teenage boy while a female soldier took pictures. A series of photographs that have been kept from public viewing for good reason speak volumes of the kind of violence that prevailed in the prison. Some of these photos reveal an American soldier raping a female prisoner, while some photos show instances of interrogators sexually assaulting prisoners with all kinds of objects including things like a truncheon, wire and a phosphorescent tube. Plenty of instances of rape of female inmates at the hands of soldiers transpired, admitted to having happened even by senior officials of the US.

In peacetime, even with established rules of law there are instances of custodial torture and sexual violence of arrested convicts and people accused of crime. During a conflict, there is a complete breakdown of law and order, which provides a hotbed of impunity allowing torture and sexual violence to thrive. In the context of the War on Terror, there are, on some occasions a supervening imposition of an external security sector – such as in the Abu Ghraib; and on other occasions, there is a subjugation of abducted, imprisoned and extraordinarily rendered detainees, to a lawless security sector. In the case of the United States, a legal document called the Bybee Memo authorised torture in interrogation, and were outlawed only seven years after they were signed. At any rate, irrespective of whether it is in war or in interrogation of a crime of terror, an environment with frugal control over those in charge of the enforcement of law can result in a rise in the use of sexual violence to coerce confessions.

The prevalence of sexual violence in these “wars” was also in pursuit of a policy of dominance, but to serve a different end: that of making detainees and interrogated people to “confess” to having links to terror outfits. When used in interrogation, the use of rape and sexual violence is intended to humiliate the detainee into “confessing”, sometimes to crimes and offences that they had no involvement in at all.