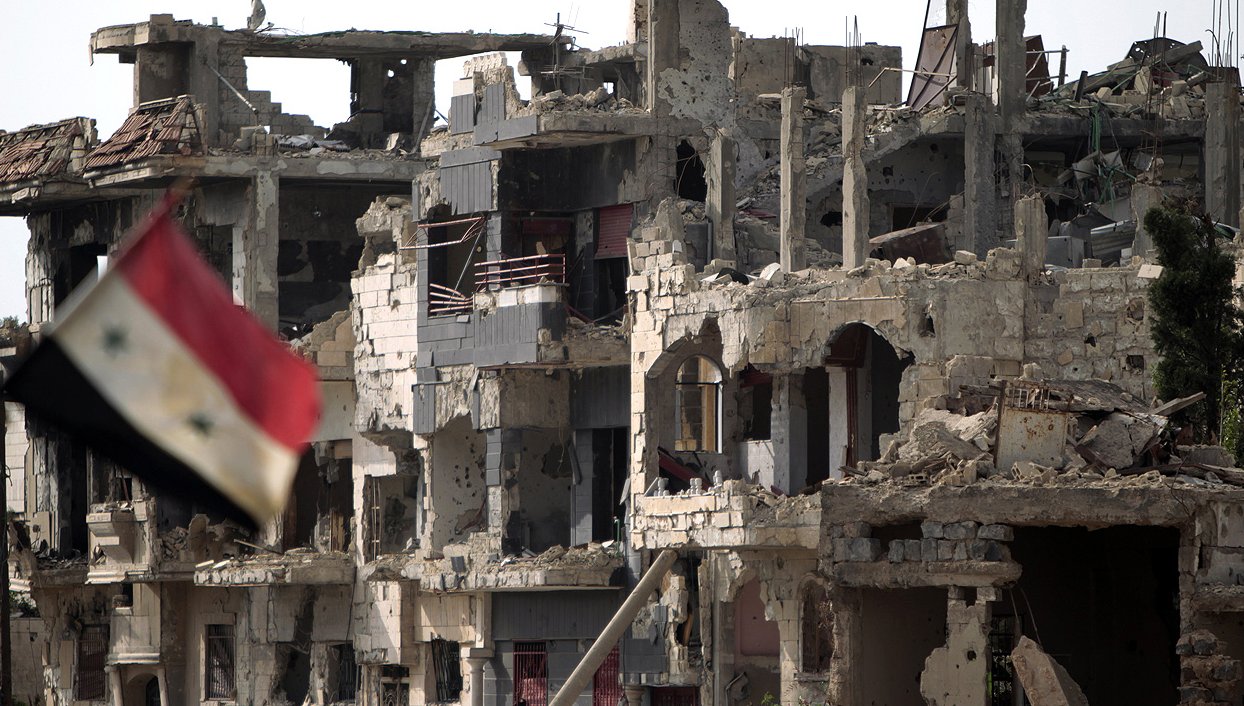 The UN would likely play a key role in verifying and overseeing an effort to put Syria’s weapons under international control. But the UN Security Council can only work if the two remaining superpowers put their backs into it.

Events surrounding Syria and chemical weapons have moved quickly in the last few days. As the United States appeared to be moving to a possible military action against the Assad government, an opportunity opened for a peaceful resolution. Perhaps as a result of prior discussions between Presidents Obama and Putin and Foreign Minister Lavrov and Secretary of State Kerry, Russia proposed that Syria put its chemical weapons under international control (for eventual destruction) to foreclose any military action. Syria quickly agreed. Then on September 10, Syria’s foreign minister admitted that the country had chemical weapons by agreeing to reveal their location, to stop producing them, to open its sites to UN inspection and to join the Chemical Weapons Convention. Until then, the Syrian government had refused to admit it had such weapons.

Meanwhile, President Assad had explained his position directly to the American people in an hour-long TV interview in English. Taped before the Russian proposal became public, Assad denied his government used the chemical weapons on August 21, asserted that the war was being prolonged by outside interference including outside fighters he said were Al Qaeda and stated his openness to a political settlement between Syrians. He also warned of possible repercussions – in the region and for the US – to an attack on Syria. Throughout he appeared calm and measured. This, plus the new Russian proposal, took the air out of President Obama’s efforts to gain Congressional approval of US military action. Indeed, it seemed already clear that approval by both houses of the US Congress was unlikely. President Obama addressed the American people on the evening of the 10th and made his case for the moral and practical necessity of sending Syria (and the world) a message that the use of chemical weapons was unacceptable. But he also bowed to reality by asking Congress to postpone any vote while the possibility of a diplomatic resolution is examined and until the UN inspectors report back their findings. He added that the option of military force remained and that any agreement on disposing of Syria’s chemical weapons would have to be verifiable.

The UN would likely play a key role in verifying and overseeing an effort to put Syria’s weapons under international control. The Russian proposal envisioned a limited role for the UN Security Council in the form of a statement by its president. The US, UK and France want more robust UNSC action in the form of a resolution – under Chapter VII of the UN Charter – authorizing the use of force if Syria does not comply in a timely manner. France reportedly drafted a version of such a resolution that would demand Syria “declare locations, amount and types of all items related to its chemical warfare program” and order it to “unconditionally destruct, remove or render harmless, under international supervision … all chemical and biological weapons and all stocks of agents … manufacturing facilities and … all means capable of delivering chemical weapons.” It also would refer the use of chemical weapons to the International Criminal Court and affirm the possibility of further actions under Chapter VII “in the event of non-compliance.”

Russia has made clear it will not accept a Chapter VII resolution and that the approach to peacefully dispose of Syria’s chemical weapons can only work if the threat of military action is taken off the table. The US, UK and France want something beyond a UNSC presidential statement. An acceptable compromise would seem to be a Security Council resolution under Chapter VI which allows for the peaceful resolutions of disputes with the consent of all parties. As Syria seems to be consenting, this should be acceptable to Moscow. As it would be binding under international law and authorize the UN role, it should be acceptable to Washington. Kerry and Lavrov will meet on September 12 and perhaps they might agree on such a compromise. The next steps would be for a UN team to work with the Syrians to identify and put under observation all chemical weapons sites pending plans for their destruction. This would preclude risky military action. It would also relieve the region of a grave security threat and open the door to further international cooperation – especially by the US and Russia – which could then take on the issue of bringing the entire Syrian conflict to a negotiated resolution. (Interestingly, Assad suggested in the TV interview willingness to see eventual presidential elections.)

The UN Security Council can in fact work if the two remaining superpowers put their backs into it. President Putin probably did not make his offer to help President Obama. He may have wanted to break the cycle of bad news about his heavy-handedness at home by showing himself to be a peacemaker. Russia also has equities in Syria to protect. But diplomacy is about engaging the other side and seeking areas where interests overlap. That would be a form of US leadership that would indeed merit a Noble Prize.