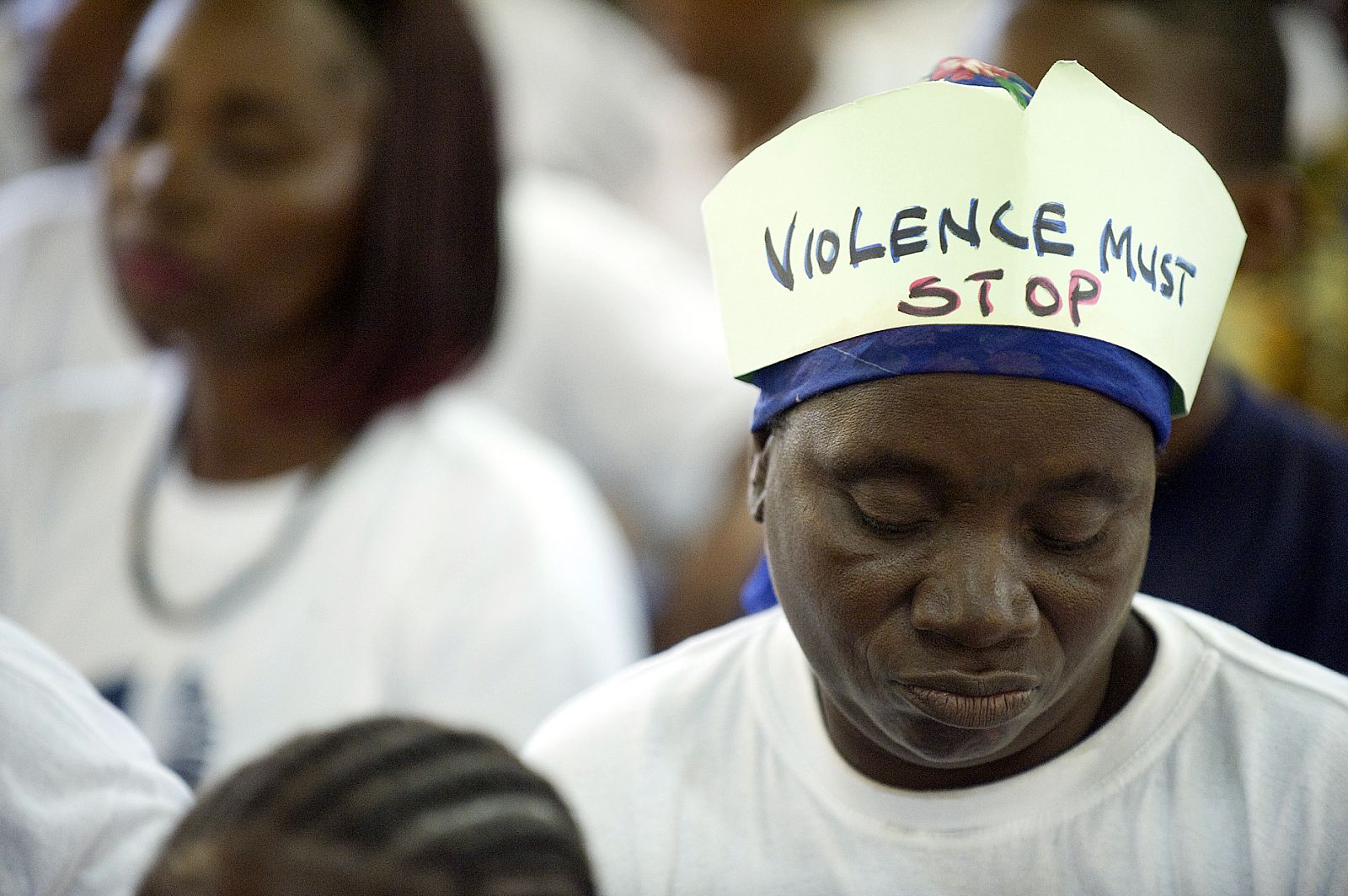 These effects of rape as a strategy of war demonstrate how it has been systematically used as a weapon to destroy the possibility for future social reunion, reintegration and reconstruction.

The end of the Cold War saw a shift towards intra- as opposed to inter-state armed conflicts. Aside from the millions of casualties of such wars, Gender-Based Violence (GBV) has emerged as one of the most profound challenges, particularly when used as a strategy and weapon of war. Generally, GBV refers to the emotional, physical or sexual abuse based on the gender of the survivor. The World Health Organisation (WHO) defines GBV as “any sexual act, attempt to obtain a sexual act, unwanted sexual comments or advances, or acts to traffic women’s sexuality, using coercion, threats of harm or physical force, by any person regardless of relationship to the survivor, in any setting, including but not limited to home and work.”

GBV refers to violence against both men and women.(1) In war times, women and girls face a particular risk of sexual violence, which is increasingly used as a weapon of war. For example, in the 1994 Rwandan genocide, an estimated 250, 000 women are said to have been raped.(2) Today, on average, 40 women are estimated to be raped everyday in South Kivu, Democratic Republic of Congo (DRC) as a result of the on-going conflict.

Widespread rape has been witnessed in conflicts where ethnic hatred is rife. In Kenya, the 2009 Krieglar and Waki reports on the 2007/8 post-election violence, believed to have been influenced by ethnic hatred, highlighted sexual violence as one of the regrettable tragedies. As Thomas Plümper and Eric Neumayer have observed, “reports on systematic rapes and rape-related murder of women, forced impregnation and forced abortion are particularly abundant during ethnic wars,” as a mechanism to dehumanize one’s opponents. Those subscribing to this theory cite ethnic difference as the main factor underlying the use of rape as a weapon of war. This trend has been noted in ethnic Albanian women in Kosovo; indigenous women in Guatemala; women from several ethnic groups in Myanmar; and Tutsi women in Rwanda. For example, the intention of the Hutus raping Tutsi women and girls in the 1994 genocide was to destroy the Tutsi’s and possibly the entire generation.(3) Muredeth Turshe notes that “rape targets women because they keep the civilian population functioning and are essential to its social and physical continuity; rape is used in ethnic cleansing, it is designed to drive women from their homes or destroy their possibility of reproduction within or ‘for’ their community.”

The use of rape as a strategy of war has an impact on the entire society, particularly immediate families. Within the family set-up, rape destroys bonds that unite and define family relations. Perpetrators therefore hope or believe that these effects will in turn generate distrust, hatred, divisions and generally weaker coping and survival strategies in the wider society. These consequences have been experienced in places such as DRC, where survivors of sexual violence continue to be discriminated and alienated from participating in community activities – thus depriving them of social and political status. Such hostile environments push survivors and their relations to ‘safer heavens’, very often urban settings, where they are subjected to abject poverty and a life dependent on charity. These effects of rape demonstrate how it has been used purposefully in the case of ethnic conflicts, as well as other forms of conflicts, as a weapon to destroy the possibility for future social reunion, reintegration and reconstruction.

It is, therefore, necessary to take a number of steps to ensure that the victims of war time rape do not remain permanently disadvantaged.

First, there is a need to safeguard the dignity of women. No country should ignore the plight of those sexually-violated, particularly during war, but should instead promote human dignity through the principle of solidarity. This principle points to a unity anchored upon, but not limited to, exercising personal and collective responsibility to promote human worthiness. The same principle calls for the empowerment against all forms of oppression, exploitation and abuse.

Second, there is a need for deeper, contextually-defined, analysis of the interplay between sexual violence, gender and war in parts of Africa where patriarchy is a dominant feature. In contexts such as this – where men hold power and women are excluded – conventional archetypes become the dominant ideology underpinning gender relations.  Such interaction – entrenched by masculine structures and misogynist beliefs – motivates opportunities where sexual violence thrives. For instance, by portraying women as an inferior gender, such masculine structures further polarize political space, with the strong – ‘powerful and privileged’ men – dominating the ‘weak’. In the cases of Rwanda, Bosnia-Herzegovina and DRC, it is evident that strong formal and informal patriarchal institutions and practices grounded in violence and misogyny exist. The hegemonic status of men promotes nothing but aggressive behaviour, a devaluation of women; degrading “the feminine” in men or nation-states, whilst serving to legitimize SGBV.(4)

Women have been subjected to extreme sexual violence in war simply because of their gender. Even in situations where the act is directed towards men, the intention is to feminize the victim. By raping a man, the objective is to treat him as one would treat a woman. Male-to-male sexual violence, notes Alison Miranda, is no less gendered than male to female violence. Miranda is convinced sexual violence against either men or women are all means to affirm power and masculinity – it is nothing but a masculinised act aimed at feminising the victim.(5) Therefore, sexual violence is nothing short of a weapon of war meant to maintain conventionally constructed gender roles. A collective response is therefore required to challenge patriarchal structures, which Catharine MacKinnon blames for entrenching and encouraging rape and other forms of sexual violence, both in war situations as well as during peacetimes. MacKinnon is convinced that rape is “a conscious process of intimidation by which all men keep all women in a state of fear.”(6)

Third, there is need to enhance security and protection of women in volatile areas. Coordinated and systematically-executed sexual violence over a long period of time – as is the case in the DRC – can only thrive in places with poor security mechanisms. For example, the lack of a functional and responsible security apparatus during the 1994 genocide in Rwanda contributed immensely to the spread of sexual violence. Today in the DRC, local populations residing in rural areas far from urban centres have no security provision.(7) Hence it is equally important to consider engaging women in security-related matters. In the spirit of UN Resolutions 1325, 1820, and 1888, women must participate and be included in peacebuilding, national reconstruction and the fight against SGBV. The inclusion of women in security deliberations would enable them to share with local authorities security problems affecting them. For too long, the security sector has been a male-dominated arm of the government. Including women in various positions within the security sector is important because women constitute the largest category of the population affected by SGBV.

These three needs are not only closely interrelated, but are also implicitly embedded in the pursuit of justice and security; the absence of which will simply serve to create a political and social environment in which the use of SGBV becomes entrenched. Should the victims of SGBV continue to remain ignored, the possibilities for reintegration and reconstruction in post-war settings will remain severely inhibited.

Augostine Ekeno is a student at Hekima College, a Constituent College of the Catholic University of Eastern Africa (CUEA), Nairobi, Kenya. He holds a master of philosophy in international peace studies from Trinity College, Dublin, and worked as acting director of the Jesuit Hakimani Center, a centre for social concern based in Nairobi.

2) Estimates by Human Rights Watch (2004), p. 7. The same report on page seven includes Rwanda’s National Population Office that estimates that between 2, 000 and 5,000 children were born as a result of rape.