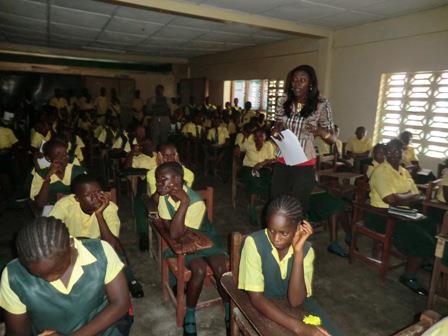 The Movement Against Violence and Impunity in Africa (MAVIA) was established 2009 in the city of Monrovia, Liberia. It has since been involved with community outreaches raising awareness and teaching about non-violence, peace, and human rights.

MAVIA seeks to create a caravan for change, peace and nonviolence across the African continent and to ensure that the people of Africa live on a continent where there is justice, and respect for human rights and freedom of expression.

Education in Africa has paid insufficient attention to teaching human rights, peace and non-violence, each of which are vital to reducing tensions and outbreaks of violence. Through the establishment of nonviolence and human rights clubs, however, MAVIA has been able to manage conflicts in many schools and communities within the borders of Liberia. 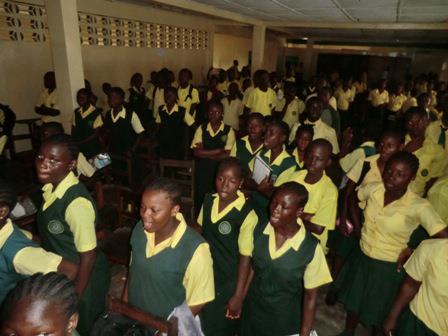 MAVIA has launched Nonviolence and Human Rights Clubs (NHRC) in schools in several communities and 65 schools within the city of Monrovia, Liberia, and there are efforts underway to establish these clubs in schools within the Irvington, New Jersey area. MAVIA’s Executives have held meetings with the City of Irvington regarding its project and the concept for establishing the clubs has been accepted. These clubs serve as active advocates of young people to attain basic rights, whilst at the same time teaching against violent behavior and approaches through awareness raising activities such as debate, discussions, and presentations. The clubs activities are communicated through song, dance, poetry, drama, drawing and public speaking. They are designed to increase awareness of violence, abuse and exploitation, in so doing educating and sensitizing their peers in schools and communities.

One of the main activities of these clubs is to empower youth to contribute to the change process in their schools and communities, which is one of the most effective tools that can be used in dealing with youth violence and inequality. The more input that youth have into the issues that face them, the more respect they have for the processes used in transforming them. One great idea of youth empowerment is a peer mediation programme. Youth are often more open to ideas and influence from their peers than from adults. They feel that that their peers are better able to relate to the issues involved. In effect, this programme comprise youth that can apply for membership of a youth association called a Nonviolence and Human Rights Club (NHRC) in each school represented, whereby active advocates of young people’s human rights and gender equality will meet, discuss and embark on various activities to sensitize their school and communities.

MAVIA is confident that such a time has come for us to allow these young growing and aspiring leaders to contribute to uplifting their respective schools and communities by engaging other youth and learners in their knowledge and awareness of human rights issues. MAVIA often refers to these initiatives as train the trainers’ programmes. In each school that MAVIA works in, a youth programme, called a Nonviolence and Human Rights Club (NHRC), should be established by the MAVIA’s Public Education Programme.

The purpose of the clubs is to: 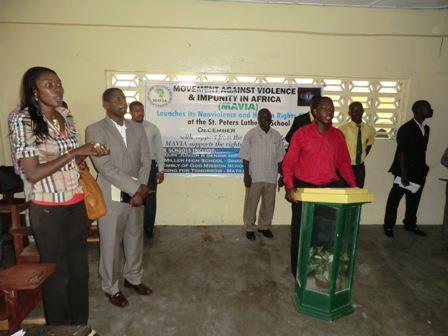 The objectives of the NHRC are to:

MAVIA is now seeking supports to extend it program to other parts of the United States, Liberia, Sierra Leone, Guinea and Ghana.

Please click here to learn more about the Movement Against Violence and Impunity in Africa from Liberia.