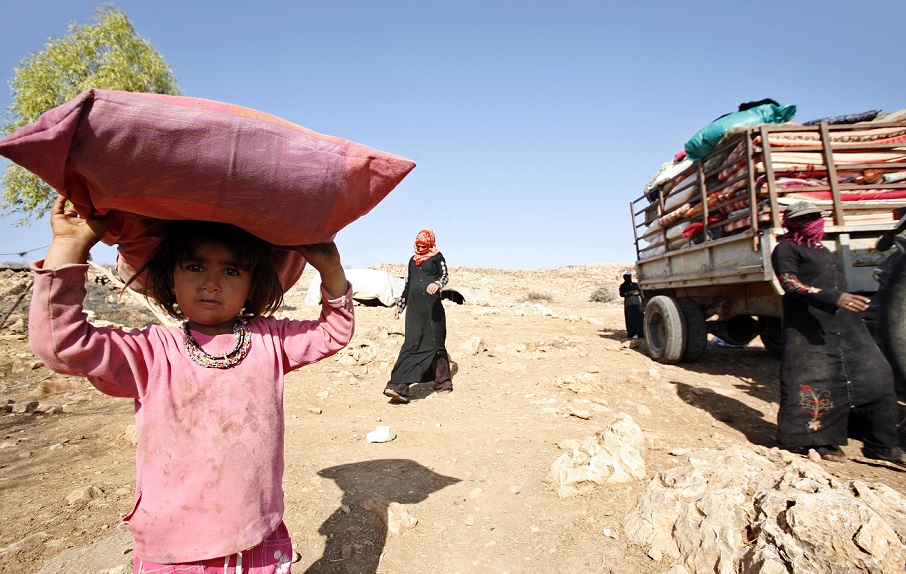 The recent decision by Israel’s Ministerial Committee approving the annexation of the Jordan Valley goes against one of the very core tenets of public international law.

The foremost value that the UN Charter endorses as the foundation on which the edifice of international relations is built is that the territorial integrity and political independence of a state is inviolable. Against this backdrop, the recent decision by Israel’s Ministerial Committee approving the annexation of the Jordan Valley goes against one of the very core tenets of public international law.

It is not news that Israel has been “annexing” territories that belong to Palestine. The 1981 annexation of the Golan Heights by the extension of Israeli law to the region was denounced by UN Security Council in Resolution 497 as being “null and void” having “no effect”.

Under international law – specifically the segment that concerns the law of territory – the acquisition of territory by conquest was at one time acceptable. Conquest refers to the act of defeating an opponent and occupying all or part of its territory. Back in the day when it was recognised and accepted, and even today, conquest does not by itself constitute any basis of title to land (1). Victorious entities would enjoy the right of belligerent occupation, along with a few rights pertinent to the territory concerned, however the territory remains the legal possession of the ousted sovereign (2).

Technically, sovereignty does not pass with conquest, but legal issues aplenty emerge when the territory concerned had questions about its own legal status prior to the conquest. (3) Conquests result from the use of force, both legal and illegal. Force per se has been outlawed by the UN Charter under Article 2(4), and by the Kellogg-Briand Pact of 1928. However, force may be used only in the rare event of self-defence, which is in response to a prior use of force by another state.(4) Nevertheless, it is important to understand that it is not that because there has been a successful use of violence that territory is acquired. What happened under the classical rules of conquest was that an acquisition of territory occurred with every formal annexation following an act of conquest. This came to be on account of a legal fiction in an attempt to shield the conquest and to legitimize the acquisition of territory.(5) Practice never did clarify, however, when this formal annexation ought to have been made – whether during or after the war is an issue that still needs clarification. It seems logical that one has to decipher the juridical status of the territory in dispute only at the end of the war, since the control by the state purporting such annexation must be effective without as much as a possibility that the former sovereign might regain the land. In the Nuremberg Trials (6), the rule that annexations occurring before the end of a war bore no effectiveness, and were thus invalid in the eyes of international law, was emphasized. The tribunal also mentioned that the intention to annex is an equally important ingredient. The conquest of Germany by the Allies in 1945 did not amount to a case of implied annexation by way of the legislative control that was actually exercised, because the Allies had categorically emphasized otherwise in their joint declaration.(7)

With the advent of the rule in writing – that a use of force is illegal – there is a general notion that the acquisition of territory by force is illegal. In addition to Article 2(4) of the UN Charter, UN Security Council in Resolution 242 mentioned that the acquisition of territory by war was inadmissible. Further, the Friendly Relations declaration has thrown light on the issue by stating that the territory of a state shall not be the object of acquisition by another state ensuing from the threat or use of force. It goes on to state that no territorial acquisition resulting from the threat or use of force shall be recognized as legal. The Iraqi annexation of Kuwait was unanimously denounced in UN Security Council Resolution 662. In the light of such jurisprudence, it would be wise to conclude that the acquisition of territory at the end of a war or an armed conflict would require more action to fortify the claim – both of an international and domestic nature – such as perhaps, a treaty of cession, or the accordance of international recognition.(8) If these principles are relied on, it is difficult to accept and suggest that Israel – or for that matter, any country – has a right to annex territory through the use of force in conquest.

On the flipside, though, there are views that support Israel’s claim over the Golan Heights – a theory that is built on the 1920 San Remo Declaration that effectively included the region under the erstwhile British Mandate, and on what feels like an incorrect interpretation of UN Security Council Resolution 242 that makes a reference to the “secure and recognized boundaries”, to the effect of giving Israel a right to alter the Green Line.

While other annexations have been subject to much debate regarding their legality and validity, annexation of the Jordan Valley is prohibited through the Oslo Process – a process that dictated that the Valley was subjected to Israel’s control until such time that negotiations transpired. This could prohibit an annexation outside the scope of the negotiations, although it still is true that Israel has shown scant regard for the dictate of the Oslo Process. Nevertheless, even if Israel does indeed go right ahead to annex Jordan Valley, the annexation will definitely face stiff opposition and non-recognition by a majority of the International Community.