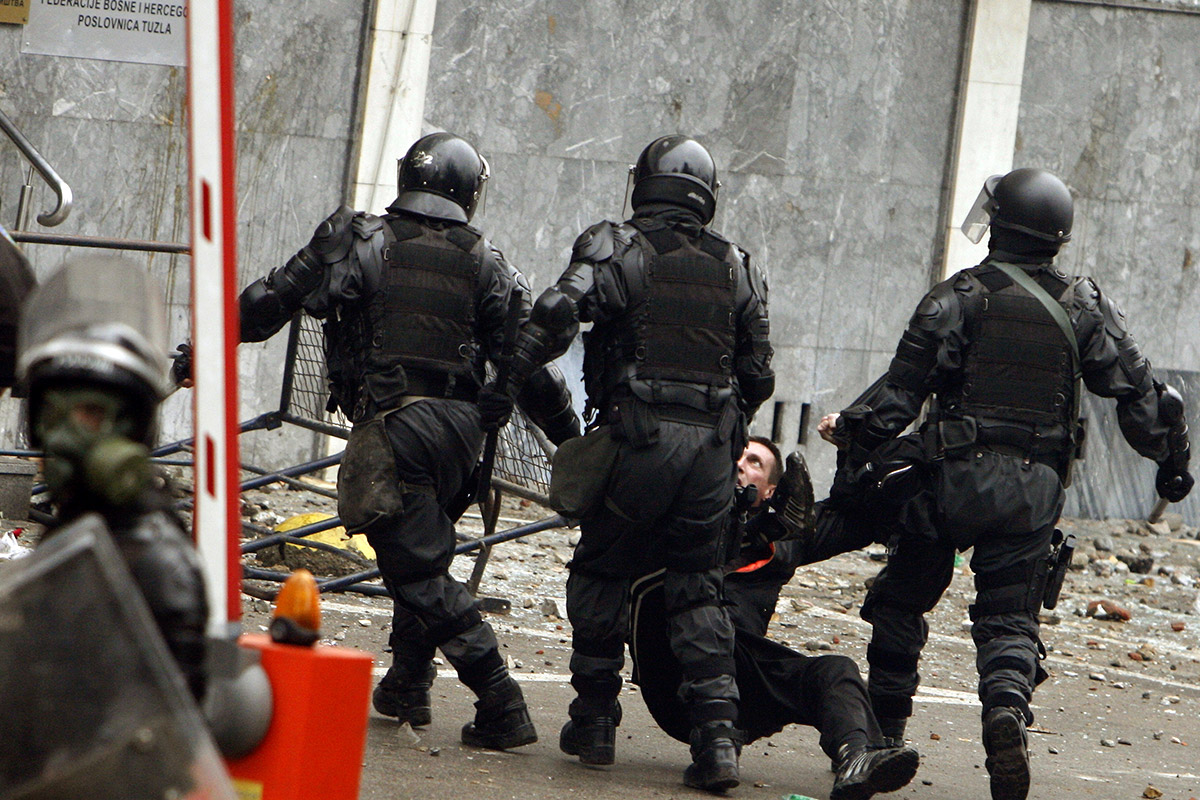 The protests and plenums in Bosnia and Herzegovina are a legitimate response by citizens to the unwieldy apparatus of government that has deprived them of their inalienable right to freedom and prosperity.

At the end of last year, the respected British magazine The Economist ranked Bosnia and Herzegovina (BiH) among the countries likely to be seriously threatened by social unrest in 2014. At the time, no one took these predictions seriously. It was, however, only a matter of time before the violence erupted in a country ranked 101 in the Heritage Foundation’s Index of Economic Freedom as being “mostly unfree”.

It has all started in Tuzla Canton, BiH’s most populated canton with the highest unemployment rate, especially amongst young people. The bankruptcy of four formerly state-owned companies, which used to be the largest employers in Tuzla, combined with the sluggishness of BiH’s judicial system, left former workers facing a seemingly endless wait for unpaid wages. In the end, they took to the streets, blaming the Cantonal government and the Courts for this on-going injustice. Despite high salaries in the judiciary, the system does not provide justice based on the rule of law. People stopped believing in the justice system, and started seeking justice by other, alternative means, as the current protests demonstrate.

In response, the Cantonal government has exerted heavy pressure on citizens in the past few months; in part to stem the €35m deficit facing the Cantonal budget. The Canton had to rely heavily on borrowing from the beginning of the fiscal year, so the government resorted to targeting workers, entrepreneurs and ordinary citizens. Inspectors closed small- and medium-sized businesses, and the police introduced a fine for pedestrians not crossing  the street on pedestrian crossings. The Cantonal government even proposed instituting a tax on solar energy and required taxi drivers to drive the same colour cars (in a country where taxi drivers use their own cars for work).  The prime minister was portrayed by a local media as Louis IX and the Sun King, while taxi drivers briefly blocked the city. Though both proposals have stalled, they nevertheless demonstrate that something was fundamentally wrong at the top of the Cantonal government.

The protesters knew the right address for their demonstrations – the courts in Tuzla and, finally, the Cantonal government. The protests did not take place before symbols of the economy, like the Occupy protests  in front of Wall Street. With the local economy is devastated and power concentrated in the hands of those living off budget, there are no symbols of economy that could represent a capitalism system against which protests are organised worldwide.

Soon the Orwellian police forces began violating the rights of citizens in order to protect the Canton’s excessive apparatus. Their response, however, only strengthened the protests. Finally, the police gave up and dropped their shields and weapons. After three days, the prime minister of Tuzla Canton resigned, along with the entire government. The resignation was accepted last week and the Assembly of Tuzla Canton is now trying to find people with knowledge and skills, but also with the necessary courage to take over the demanding task of governing. Similar reactions are occurring in other Cantons throughout the Federation of Bosnia and Herzegovina through citizens, organized in so-called plenums.

This is a major step in the right direction for BiH, demonstrating that the cause of protecting a common person’s rights is alive and well. Long-awaited reforms are now required to empower citizens against the state apparatus. This can only be achieved through the ideas of freedom, which Tuzla has readily embraced. It is necessary to make the first step towards removing all possible barriers that hinder the freedom and prosperity of common people in BiH, whilst protecting the fundamental rights to life, liberty and private property. This is currently the only possible way out of the vacuum of power that was produced by the legitimate protests of the people.

Admir Čavalić is a Young Voices Advocate from Tuzla, Bosnia and Herzegovina. Admir is currently working as a project coordinator for the NGO Multi and as an assistant professor at the Faculty of Economics at the University of Tuzla. Admir frequently comments on the economic situation of Bosnia and Herzegovina and has made a documentary called Economy.