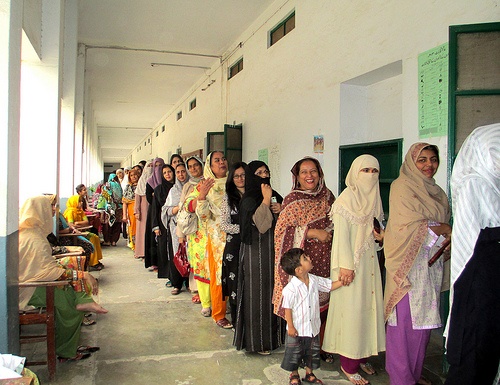 The democratic transformation requires a change in thinking at each level of society in post-conflict nations. There must be a shift from intervention to deescalate conflict towards conflict resolution and reconciliation.

However, only in the “21st century [did] the study of democracy and democratisation [become] a subfield of political and sociological enquiry in research centres and journals.”[1] Recently, international relations specialists started to pay more attention to the relationship between peacebuilding and political governance, adding extensive research on democratisation. As a consequence, the relationship between these two subfields improved post-conflict governance, including the concepts and policies associated with international post-war political reconstruction.

Peacebuilding is now defined as “efforts to transform potentially violent social relations into sustainable peaceful relations and outcomes.” It includes both positive and negative peace, elite, and non-elite approaches. Peacebuilding should not be limited to post-conflict societies. This articles looks at the various trends which have shaped peacebuilding through the years.

According to Charles T. Call and Susan E. Cook there are three trends in peacebuilding. The first was initiated by Boutros Boutros-Ghali in his “Agenda for Peace”[2] where peacebuilding was defined as “post-conflict social and political reconstruction activities which were aimed at avoiding a relapse into conflict.” His definition emphasises elite peace processes only. It distinguishes between peacekeeping and peacemaking, presenting a better view of what peacebuilding, peacemaking, and peacekeeping is all about.  It is also a plan of action which includes research, development, and policy advocacy in relation to all aspects including peacekeeping, peacemaking, conflict prevention, peacebuilding, and reconciliation.

The second trend of peacebuilding, conceptualised by Johan Galtung, emphasises “conflict prevention and conflict resolution initiatives at levels beyond or below the state.” His emphasis is on non-elite peace processes, including social, psychological, religious, and other dimensions of conflict resolution.

The third trend of the peacebuilding literature uses a broad term when referring to peacekeeping, peacemaking, and conflict prevention. The idea that prevention activities in “postconflict societies” differ systematically from conflict prevention and war termination processes is rejected by some scholars while the first categorisation is the most debated in written work of scholars. It is highly prescriptive, empirically weak and theoretically uneven in the past.

In the 21st century the concept of peacebuilding has moved beyond peace agreements. Peacebuilding and peacemaking in our times are peace processes employed as starting points, not the end of wars like in the past. Both peacebuilding and the democratisation literature argue that peace and security are preconditions for democratisation. The emphasis is now on justice and the rule of law as part of political analysis. The human rights aspect have been neglected in comparative analysis and policy circles in the past. They will continue to be highly recognised in the analysis of post-conflict governance. “Peace implementation requires a central authority to exercise control over all legitimate means of violence.”[3] What is essential in implementing peace and human rights norms can only be achieved through transformation. Achieving sustainable peace is in itself a process of transformation, be it in the political, social, civil or economic sector.

As a point of convergence between peace and democratisation one can recognise that peace implementation is the focus now, along with participation and building civil societies. In post-conflict governance both peace and democratisation are equally accepted at local-level events. For example, in Kosovo, East Timor, and Afghanistan local participation must take priority in order to build institutions and obtain civil rights guarantees as part of the human rights agenda, before a new government is established.

Democratisation theory addresses the question of centralisation versus decentralisation in transitions. If this question is avoided or misapplied it can undermine peace processes in post-conflict societies. Both peace and democracy depend on ending warfare and preventing renewed warfare. Peace implementation requires empowering a central authority like the central government of a war-torn society to exercise control over all legitimate means of violence. Decentralisation on the other hand is necessary to remove the excessive and abusive power concentration of a central government while granting power and voice to local and often marginalised citizens. Decentralisation undermines democratisation if the local authority is more authoritarian than the central authority, for example rebel or terrorist groups like Hamas or the Taliban.

The growing universality of human rights and the liberal democratic model has dramatically changed the field of international law since the Cold War with implications for societies in transition today. The solution for peacebuilding can be found by answering the question which implies an increased concern in relation to intervention versus non-intervention. The latter is still used as an excuse in many political circles in our times. The main question is not whether but to what extent the international community will intervene in the peace process in a given society.

In order to have a sustainable peace [4], democratic institutions must be part of the creation of a new governance model. “Democracy is the most appropriate governance model to resolve civil conflict and prevent its recurrence and the best option for ending conflict over the longer term.” [5] Historically, it is proven that “democracies are more stable than autocracies.”[6] Democratic institutions provide greater opportunities for the non-violent resolution of conflict. It provides a forum for rational discussion of political problems and settlement of conflicting social interests between hostile parties.

A well designed structure for reforming governance must ensure that a negotiated governance agreement between parties exists. Such agreement should address the disputes that led to conflict in the first place. It could assist in solving conflicting issues and parties’ interests which would alleviate and minimise the chances of a return to conflict. Negotiated agreements are essential tools employed to secure basic democratic governance. This new governance structure must encourage a more cooperative power-sharing model of governance which includes genuine checks and balances on the abuse of power.

There are certain features which must be included in order to maintain a governance structure that is responsible and accountable for every action taken. Democratic nations must use incentives like technical and financial aid in order to encourage compliance and enforce peace settlements. National dialogue and public participation must be encouraged in seeking solutions and shaping both the mandate and policy framework for the future governance of the state.

Transformation of the root causes of conflict is a very important element of democracy and peacebuilding. In order for structural transformation to occur the root causes of conflict must be well understood within the socio-political and cultural landscape of a nation. “Peace requires social transformation and must be a long endeavour.” It includes all economic, social, cultural issues along with sustainable development, humanitarian enterprise, and social justice.

Another feature in creating a responsible governance structure is avoiding “a climate of unregulated executive power that would undermine the stability and legitimacy of the new state.” The two causes of concern in newly formed governments are dominance in the early years and accountability mechanisms during transition time. They can destabilise the efforts of securing a lasting democracy if they are neglected in the early years. The terms must be consolidated between a new government and the international community. One of the benchmarks could be the expectation that the new national government will abide by the constitution negotiated as part of the transition. As Ashraf Ghani argues: “A compact between rulers and their people and a compact between the government and the international community. And this must be framed in a context of a series of achievable benchmarks.”

Peacebuilding is a consequence of a democratic activity. It is a major foreign policy initiative of the Canadian government, of many other IGOs, and NGOs.  The ethical implications are inherent in the process of peacebuilding in divided societies.  The Canadian peacebuilding initiative started in 1996 when Lloyd Axworthy, the Canadian Minister of Foreign Affairs, introduced a package of measures for “peace by building a sustainable infrastructure for human security.”

The Canadian agenda for peacebuilding is materialised through “direct assistance to countries in which civil conflict exists; by assisting individual and governmental organizations with peacebuilding and conflict resolution activities at international level as part of the second-generation peacebuilding initiatives like humanitarian relief, demining and demobilization, repatriation and reintegration of refugees, police and justice training, support for an independent media, election and human rights monitoring, reconstruction of schools and health centres.”

The background factors for peacebuilding activities are, first, action to limit the prevalence and recurrence of civil violence in our times. Second, an interest in individual human rights and the influence of rights discourse within the foreign policy communities of Western governments, international and regional IGOs. It is imperative to note that all rights-based declarations represent intervention against the traditional principles of state sovereignty, territorial integrity, and non-intervention.

Finally, an increased attention to peacebuilding since the end of the Cold War and the strengthening of the Western hegemony of the international system shows a trend towards democratisation. Liberal democracy and free markets reflect collectively the value of market democracy. They are considered the guiding principles of governance. Market democracy fosters domestic and international peace, stability, and prosperity at the same time. It is morally and politically important to foster market democracy as a legitimate and significant foreign policy objective.

The democratic transformation requires a change in thinking at each level of society in post-conflict nations. There must be a shift from intervention to deescalate conflict towards conflict resolution and reconciliation. This article has looked at the concepts of peacebuilding, peacebuilding trends, and policy instruments used in the past. We discussed intervention versus non-intervention, the risks and the advantages of non-violent intervention via peacebuilding. The current methodologies for peacebuilding include assistance to rebuild civil societies, promoting a culture for the protection of human rights, reconstructing law enforcement systems and facilitating ethnic reconciliation in unstable political and social environments.

It has also looked at ways of creating new structures of governance, enforcing democracy, and introducing market liberalisation as the main elements of sustainable peace in post-conflict societies. What is missing at this time is a proper conceptual framework or an intervention model that could be used to prevent violence from re-occurring in post-conflict nations. Conflict prevention is a radical idea as part of another Canadian initiative, to be discussed in the near future.

Gabriela Monica Lucuta holds a Master’s degree in Human Rights Law and a degree in Peace and Conflict/International Studies. She has written speeches and articles on subjects ranging from apartheid in South Africa to UN Commission Of Inquiry recommendations for peacebuilding and change in Asia, including North Korea. She has also written about the DRC, Israel and the Occupied Palestinian Territories, Afghanistan and Rwanda.