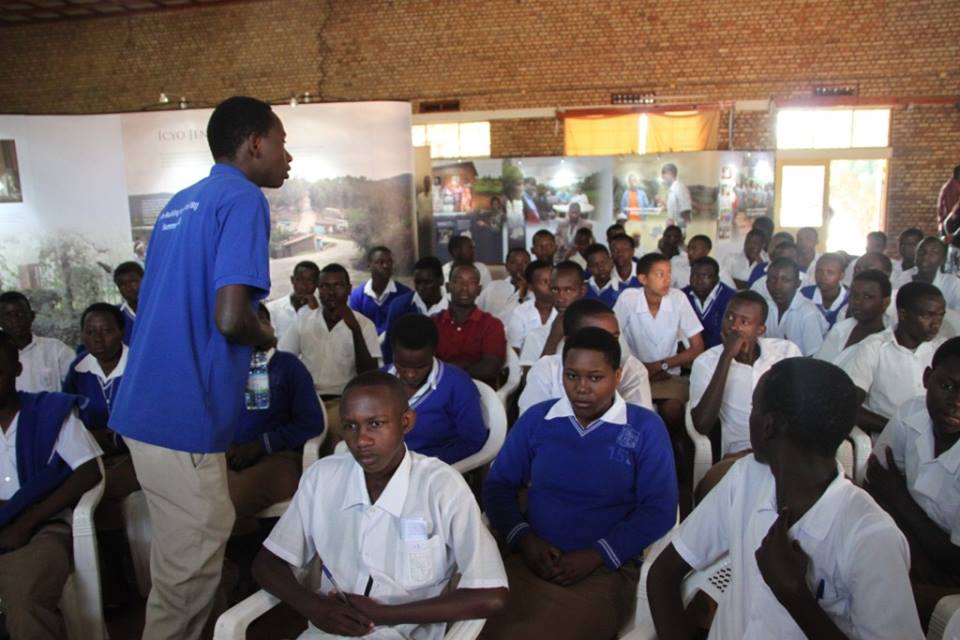 As a contribution to preventing violence on the continent, the participants of the African Alliance for Peace summit formulated the ‘Kigali Declaration’ in order to call on all African countries to invest in educating its people for peace.

On 7 April 2014, Rwanda commemorated the 20th anniversary of the genocide committed against Tutsi in 1994. The theme for this year’s commemoration was – Remember-Unite-Renew. The preparations for the commemoration were marked by a series of events taking place in Rwanda and around the world. One of the noticeable preparatory events was the tour of the ‘Flame of Remembrance’ which was carried across the country’s 30 districts. This event symbolizes courage, reconciliation and hope for an enlightened and promising future.

The anniversary events create opportunities to publicly honour the memory of the victims of the genocide and to offer emotional support to the survivors and advocate for their recovery and well-being. The annual events are also an opportunity to bring people together, nationally and internationally, in order to reflect on their role in preventing the re-occurrence of genocide or other mass atrocities across the globe. The commemoration calls on the world to reaffirm our commitment to never let this happen again and shows that reconciliation through shared human values and human resilience are possible. It is our responsibility to nurture and promote our interconnectedness, restore human values and build a just and peaceful human society for everyone.

The role of peace education in rebuilding a peaceful Rwanda

I work for Shalom Educating for Peace, a peace education organization operating in Rwanda. Peace education can play a key role in building a just future for Rwanda. In the run up to the commemorations in Rwanda we hosted the third African Alliance for Peace Summit. The conference was held in Kigali from 16-19 February. The dates were chosen deliberately to take place during the period of 100 days before the 20th commemoration of the genocide.

The conference was aligned with the commemoration’s preparatory events and operated with the objective of bringing together people to discuss ways to avoid the reoccurrence of an atrocity such as the genocide.

The theme of the summit was “Promoting Peace Education in our Communities,” and brought together 62 participants from 11 countries including Rwanda, Burundi, DR Congo, Sierra Leone, Ethiopia, Kenya, Cameroon, Uganda, Zimbabwe, and South Africa.

The purpose of the event was to examine how to prevent violence, wars, genocide, and xenophobia by promoting peace education and sustaining peace infrastructures, but it also enabled participants from different parts of Africa and beyond to learn about what happened in Rwanda in 1994 and how Rwandans have responded to the tremendously challenging post-genocide context. The summit left its participants with the conviction that genocide can be prevented with the development of an effective peace education system. As a contribution to the prevention of violence on the continent, participants at the summit formulated the ‘Kigali Declaration’ in order to call on all African countries to invest in educating its people for peace.

The summit participants reflected on the necessity of building strong and effective infrastructures for peace and promoting peace education within our communities as a way to prevent the re-occurrence of the deplorable past and to work proactively for a tangible “never again”.

If we take a look at the 100 days leading up to the genocide, it is clear that Rwanda suffered from the lack of education and other infrastructure for peace. Youth were over-equipped with killing instruments – traditional arms, machetes, guns, etc. Violent meetings were organized around the country. The media broadcast violent messages, and hatred was spread around the country. There were warning signs about a possible genocide, and youth were indoctrinated in divisive and genocidal ideology. Unrest, disorder, prejudice, despair, and instability were the common characteristics of our communities.

The period of terror that ensued lasted just 100 days, from April to July. During those 100 days, Rwanda became a bloody land and more than one million Rwandans perished. Ashamed of what happened in the country, the world couldn’t repeat the “Never Again” slogan.

In the aftermath of the genocide, it was clear that Rwanda didn’t die. Instead, Rwandans have demonstrated the power of human resilience. Firm recovery efforts have been made to rebuild the country. Anti-genocide and pro-peace strategies have been established and adopted by the people.

As a contribution to preventing violence on the continent, the participants of the summit formulated the ‘Kigali Declaration’ in order to call on all African countries to invest in educating its people for peace.

Jean de Dieu Basabose has more than 10 years of experience in peacebuilding work and has facilitated numerous trainings and workshops revolving around his work. Jean co-founded and co-directs a peace education organisation called Shalom Educating for Peace, and he holds a Master’s degree in Conflict Resolution and Peace Studies.