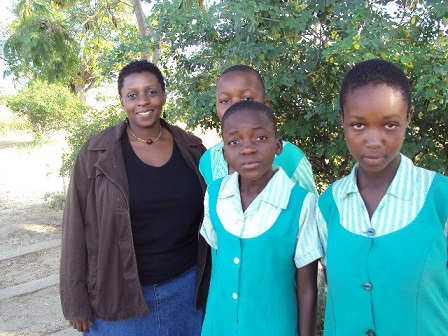 With Robert Mugabe having ruled Zimbabwe since independence, the country remains beset by grave violations of human rights, deeply-rooted corruption and widening social and economic divisions.

The Centre for Conflict Management and Transformation (CCMT) was established back in 2002 as the Coalition on Conflict Management Trust, before changing its name in 2003. CCMT’s mission is to enhance communities’ capacity do deal with conflicts by raising awareness and creating synergies among decision makers and local stakeholders in conflict processes, thus building sustainable and constructive impacts towards transforming conflict and enabling a stable and durable peace.

The CCMT works to transform the ways in which societies deal with conflict, “away from adversarial approaches and towards collaborative problem solving. Using a multi-faceted approach…to find culturally appropriate means to strengthen societies’ capacity to deal with conflicts constructively.” 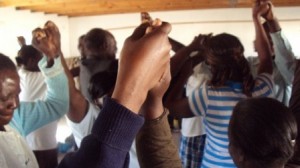 In pursuit of its goals, CCMT:

CCMT’s work is guided by a unique approach, grounded in the following principles.

CCMT conducts both direct and indirect interventions. The former – which are carried out “upon request by the parties themselves or observers who recognise the need for outside assistance” – have mostly occurred in community conflicts. In such instances, CCMT employs a holistic approach that includes mediation, negotiation and dialogue. Examples of such interventions including in the Buhera District of Manicaland Province; Chirumanzu, Tongogara and Vungu Districts of Midlands Province, plus the Zaka district of Masvingo Province.

Indirect interventions, on the other hand, are co-facilitated with other respective organisations and communities, who take ownership of the process under CCMT’s guidance; guidance that includes conflict analysis and the provision of relevant conflict transformation skills.

Research conducted by CCMT in 2004 concluded that, “the national level conflicts that had affected communities across Zimbabwe since colonial times, had in many cases, been given their colour and texture by the discordant relationships that were already existing in the various communities they were being played out in.” This prompted CCMT to develop trainings to equip ordinary people with the necessary skills to reduce the intensity of conflicts at the community-level.

The Associations – whose skills were continuously enhanced in areas such as conflict transformation, mediation and dialogue – worked to convene dialogues on issues of concern to local communities, such as water, electricity and service delivery. CCMT itself ultimately benefited firsthand from the experiences of the Associations – which became officially independent in 2011 – and these dialogues. For CCMT, the Associations’ “beacon of hope is bright enough for them to light the way for their communities to deal with conflicts constructively.” 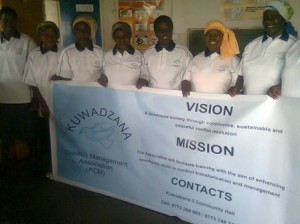 The following testimonies demonstrate the effectiveness of CCMT’s approach:

“I learnt that seating arrangement is crucial in dialogue. The set-up has been replicated at home with my family”

“I learnt that when you’re a moderator you’re not supposed to take sides. People in conflict situations must resolve their differences themselves”

“My job is to handle conflict from different angles. Applying the dialogue tools has helped me in my role as a chief”

Through these carefully conceived and constructed processes, CCMT is making a vital contribution to achieving its vision for Zimbabwe of a society “where people actively participate in creating social and economic justice by managing and transforming all forms of conflict constructively.”

Please click here to learn more about the Centre for Conflict Management and Transformation (CCMT) from Zimbabwe. 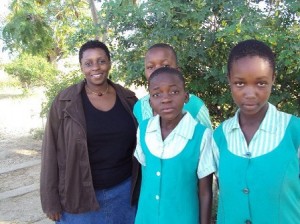