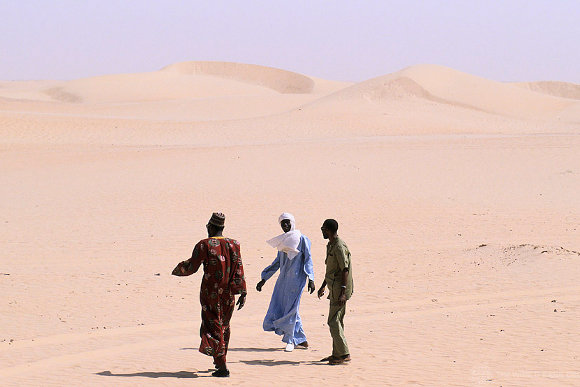 Empathy and dialogue, not force, are the keys to ending the Boko Haram’s campaign of violence and terror by leveraging efforts to pivot a community of fighters towards peace.

A large part of building peace and living in a world of peace comes from cultivating and living in a state of empathy. As Mother Teresa said, “if we have no peace, it is because we have forgotten that we belong to each other.” This state of belonging to each other stems from the fact that we are not only individuals, but also a part of the whole that constitutes the universe. The font of all efforts in peacebuilding stems from the understanding of the significance of empathy: for it is only when we understand where the other comes from, that we are in a place to act accordingly in response to their actions.

Looking at the Boko Haram through this lens, I’m ashamed to admit that I did not know anything about them, apart from what the mainstream media kept repeating: that they were a militant outfit poised against western education, that they were perpetrators of violence in pursuit of keeping patriarchy alive, and that they were of Islamic faith. What I, and many people, don’t know and understand is the actual story behind them: who are they? What made them come into existence? What drives them? Why do they turn to violence? What do they want, as an end goal?

Starting at the top: what do we already know about the Boko Haram? We know that they are a militant group, titled Boko Haram in Hausa, figuratively translating to mean “Western Education is Sin”. We know that they have operated out of Northern Nigeria, and they work towards establishing a pure Islamic state ruled by Sharia Law, seeking to end “Western culture”.

What have we been able to achieve with this limited knowledge? One hash tag, and diddlysquat. Andrew Walker, in a thoroughly well-researched brief for the US Institute of Peace, explains everything we need to know about the Boko Haram. I’ve summarised his core findings below for cogency:

A cursory perusal of these pointers will show anyone that the Boko Haram cannot be contained by force that is used on the foundation of false notions about the outfit. Until these misconceived notions are tackled, negotiation of any kind cannot start. Once there is a shift in mindsets, it is important to identify the stakeholders in the Boko Haram – although cell-like in its structure – there must be some identifiable factions that pivot around identifiable leaders.

It is important to invite every stakeholder in the outfit to the negotiation table. Once at the negotiation table, it is extremely important to function from a standpoint of empathy and understanding of the Boko Haram and its beginnings and sustenance. As free-spirited as it may sound, there is really no solution for peace as long as violence is a tactic on any side.

That one man’s terrorist is another man’s freedom fighter lies at the core of my argument. This is not to mean that I am sympathising with terrorists or condone their choice of action or words – but rather that I want to make the effort to understand where they come from, to address their actions, and to keep peace alive.

Taking a leaf out of the book of Vishaka Dharmadasa, I’d like to tell you that this is both possible, and actually a more sensible way to address terror. With a son missing in action in the Sri Lankan War, Vishaka approached the members of the LTTE with other mothers like her, and spoke to them as mothers – not as officials, not as superiors, and not as authorities in any capacity. They spoke to the LTTE to make them understand that these members had mothers too, and that their mothers would be worried sick – and that they should avoid fighting. Vishaka’s efforts constituted what most call Track II diplomacy, and ultimately succeeded in achieving a ceasefire.

Call it what you might: but it boils down simply to using empathy to leverage efforts to pivot a community of fighters towards peace. And that should be our approach here, too.