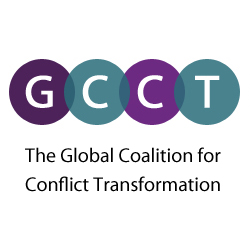 TransConflict is pleased to present the profile of UMAM Documentation and Research from Lebanon, a member of the Global Coalition for Conflict Transformation.

UMAM Documentation and Research has expertise in a range of areas, including:

UMAM D&R aims to preserve, examine and debate the memories of civil violence as well as to provide a platform for public access to, and exchange of such memories. Ultimately, UMAM seeks to shed light on these conflicting memories, analyze them and evaluate collectively the shared responsibilities associated with their continued presence. UMAM believes such initiatives represent the keys to building Lebanon’s future, such as through historical and political self-analysis, understanding national and individual identity formation, acknowledging and recognizing responsibility and blame, and eventually achieving reconciliation without resorting to further violence. Among its endeavors, UMAM D&R focuses on recalling the violence and diffuse culture of hostility that rules Lebanon’s social and political life; enabling the generally disempowered but growing chorus of voices that call for the adoption of a transitional justice approach tailored to Lebanon’s specific needs relative to its enduring postwar deadlock; acknowledging publicly the ongoing cycles of blame and counter blame within the nation’s political discourse despite the ever-present threat of renewed political violence. Utilizing a variety of tools and techniques including The Hangar (the organization’s multi-layered, multifaceted cultural center) and a comprehensive collection of resources, such as cultural activities, archival material, technical workshops, and cutting-edge research, UMAM D&R continues to initiate collective reflection on the many different types of violence that have plagued Lebanon’s past, weigh heavily on its present and have the potential to influence its future.

Because most Lebanese political elites have willfully ignored the gravity of Lebanon’s violent history and the echoes of civil war that contribute to renewed bouts of violence, UMAM D&R has focused its resources on archiving Lebanon’s past—collecting, preserving and publicly promoting a diverse range of historical evidence and artifacts. Dealing with Lebanon’s past is fundamental to minimizing the likelihood of renewed conflict, and the activities UMAM engages in take to heart the Principles of Conflict Resolution.

The failure to strengthen Lebanon’s state institutions contributed directly to its cultural amnesia, as evidenced by the lack of a national archive and public library. Where the elites have acknowledged the country’s history, they have done so by adducing fragmented memories to achieve short-term political gains rather than long-term national stability. As a part of Lebanese civil society, UMAM D&R strives to overcome this by confronting Lebanon’s past through the creative promotion of archival projects, cultural initiatives, technical workshops and outreach programs in Beirut, throughout the country and regionally. Such initiatives prompt citizens to recall the violence despite the hostility to history that permeates Lebanon’s sociopolitical fabric.

In consonance with the Principles of Conflict Transformation, UMAM D&R seeks to empower the growing chorus of Lebanese citizens who call for justice and cultural accountability regardless of the political deadlock that fostered today’s impunity. Because of those efforts, Lebanese citizens have begun to engage in the circuitous process of coming to terms with the country’s past to achieve a more just present and future.

Without the moral and material support UMAM D&R receives from numerous people and organizations, it would be unable to continue its work throughout Lebanon. However, while all donors are full partners in UMAM D&R’s charter, the organization does not maintain direct financial relationships with them all. It would be easiest to operate according to the adage, “…give to Caesar the things which are Caesar’s, and to God the things which are God’s,” yet not everything can be so easily rendered. Since the invaluable counsel UMAM receives from one source can be as helpful as the financial support UMAM receives from another, UMAM consistently mix Caesar’s things with God’s…

The list that follows is representative but not all-inclusive. Stated otherwise, UMAM seeks support from those most capable of providing it and provide support to those most deserving of it. Still, the important contributions each has made help sustain and grow UMAM, which allows it to continue making positive, critical differences within Lebanon.

The interest being shown today in UMAM D&R’s activities demonstrates that the national predilection for arbitrarily “closing the files” on Lebanon’s past has failed: Lebanon has no choice but to persevere in the painful yet essential task of managing the nation’s past and producing its historical narratives. Clearly, the approach reflects the GCCT’s draft Principles of Conflict Transition. Thanks to approaches that focus on cultural, academic, social and artistic expression, the Lebanese today understand that a great deal more is at stake than just the present. The following abstract of UMAM’s initiatives relates:

Situated on UMAM D&R’s premises, The Hangar represents the only institutionally independent cultural space in Dahiyeh, the Beirut suburb that is home to the organization. As such, it serves as UMAM D&R’s premiere meeting place where people from the surrounding neighborhood, artists and practitioners of culture, members of diverse organizations and audiences from throughout Lebanon and the region gather to exchange ideas, perspectives and viewpoints. As an independent platform, The Hangar facilitates debate and exchange through artistic, experimental and the more classical methods, approaches that include (among others) roundtables and structured conferences, film screenings, exhibitions and installations, and has become one of Beirut’s leading social and cultural institutions. Among many other functions, the platform stimulates individual and collective reflection on Lebanon’s past and memory by promoting artistic, cultural and academic practices associated with the use of archives.

The UMAM D&R collection is neither intended to compete with academic libraries nor to substitute for or obviate the need for a national archival resource institution, particularly an archival resource dedicated to Lebanon’s wars. Briefly, the organization engages with a diverse array of materials which includes books, periodicals, journals, political propaganda, private business records, maps, academic research papers, transcribed speeches, street signs and graffiti, names and photos of those who went missing during the civil war, guest registries and employee diaries from landmark Beirut hotels, and oral testimonies given by combatants and victims alike. Additionally, the collection includes countless reels of film and multitudes of gray literature, all of which had been left to rot in decrepit studios. In other words, UMAM D&R has been steadily amassing a collection of items reflective of Lebanese society itself, which can be referred to accurately as a Citizen Archive. Not only is the impetus behind this collection to advance the ongoing citizen initiative, but it also stresses the importance of “information fluidity” in a society increasingly seeking true democracy.

The organization has developed several useful and informative websites, including UMAM-DR.ORG and MEMORYATWORK.ORG, which offers access to thousands of war-related articles, wartime and UMAM D&R-developed publications and other data which, combined, should be seen as a plea to better understand the war through texts, facts and terminology. The sites also prompt the question, “what do we do now?” In other words, what is to be done with the war’s legacy and absurd history, particularly since the Lebanese deny any kinship to either of them?