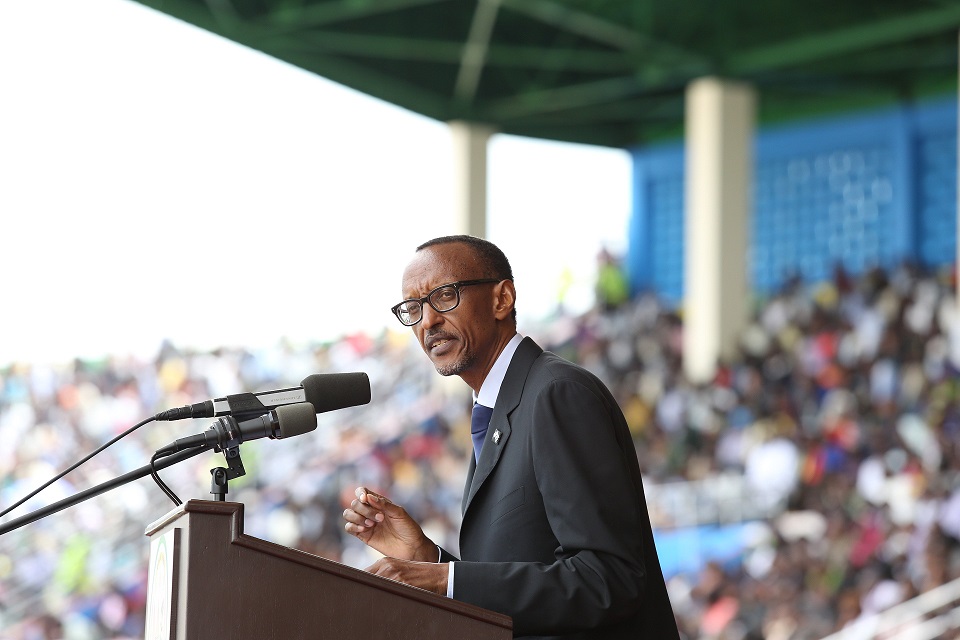 Rwanda’s ruling elites and society at large need to accept the existence of certain ‘inconvenient’ historical facts – such as the thousands of Hutu refugees killed at the hands of Rwandan troops in the eastern part of then Zaire – in order to create the collective memory which does justice to victims on all sides.

2014 marks twenty years since the infamous genocide against Tutsi took place in Rwanda. In April the whole country commemorated the victims of the bloodbath in which almost 1 million people died. Though it is already two decades since these gruesome acts, the collective memory of the genocide continues to play an important role in both political and social life. Moreover, just like in the case of some other nations, the commemorations are used as a tool to rebuild social and political order after the traumatizing events. Now, twenty years on, yet another anniversary prompts reflections on the role of the collective memory in post-genocide Rwanda.

Paul Ricoeur, a world expert in the philosophy of memory, points out that memory plays a crucial role in the shaping of identity, both at the individual as well as the group level. Maurice Halbwachs, in turn, claims that we always remember as the members of a certain community. This could be a family, a nation , a religious community or social class. As such, our memories are acquired, stored and passed down within some socially constituted frameworks.[1]

In Rwanda, where ethnic divisions have been officially removed from social discourse, the construction of identity becomes one of the key elements of government politics. Likewise, the commemorations which take place every year on 7-13 April, remain an important factor in the context of building a national identity as the country keeps trying to break through the trauma of the 1994 genocide. Subsequently, public remembrance of the atrocities is regarded as a duty and one of the main elements on the road to reconciliation. Hence, the commemoration events, largely covered by the media, are attended by thousands of people, among them the government officials, foreign visitors, representatives of survivors’ associations and local inhabitants.

The main celebrations are held annually at the Amahoro stadium in the capital of Rwanda – Kigali. These are repeatedly chaired by the president, Paul Kagame. Here, one of the main elements of the program is the president’s speech, which repeatedly emphasizes the obligation for sustaining memory of the horrific crime. In 2010, president Kagame stressed the need for forgiveness, saying, ”we are here to remember – remembering is a must and an obligation. In remembering we must also forgive – it is a duty – to forgive those who sincerely seek to be forgiven”[2]. In his 2014 address to the nation on the occasion of the 20th anniversary of the Rwandan genocide, the president thanked his countrymen for their efforts to build the nation, at the same time emphasizing the importance of historical truth as the memory requirement: “Historical clarity is a duty of memory that we cannot escape,” he said. “Behind the words “Never Again”, there is a story whose truth must be told in full, no matter how uncomfortable”[3].

In the light of president Kagame’s words, a question of whether the memory of the genocide is shared by all Rwandans arises? It is obvious that the memory of Hutu and Tutsi genocide is not the same. Sadly, though, the line of politics adopted by Paul Kagame seems to be selective and does not take into account these differences. As such, the official memory discourse of the genocide fails; no mention is made of deaths of thousands of Hutu refugees who were killed at the hands of Rwandan troops in the eastern part of Zaire (now Democratic Republic of the Congo).

Such selectivity of the genocide memory became the subject of large scale criticism. Filip Reyntjens argues that, ‘the credit of genocide’ allows president Kagame to divert attention from the crimes committed by RPF soldiers and gain the sympathy of the international community [4]. Similarly, such selective memory certainly does not serve the reconciliation processes, and as Rene Lemarchand claims, forced social amnesia is the most dangerous obstacle to reconciliation [5].

We have to remember that the memory of the Rwandan massacre is created not only by official government discourse, but also by the individual memories of both perpetrators and the victims. Hence, however difficult, it is necessary to find a balance between what should be remembered and what should be forgotten. It is crucial to remember, though, that the blurring of the boundary between amnesty and amnesia can not constitute an effective politics of memory.

The Rwandan government promotes collective memory through the annual commemoration of the genocide. It presents the events as one of the main elements of nation building politics as well as actions aimed at the prevention of any such future happenings. It can be easily noticed, though, that the celebrations serve not only as the means to promote reconciliation, but are also aimed at strengthening the power. The critics of president Paul Kagame’s politics accuse him of authoritarianism and treating the anniversary celebrations through ‘forcing memory,’ which is to serve the objectives of the government. Such manipulation of the past is certainly dangerous and may lead to further conflicts in the future. As such, applying the collective amnesia is certainly not the solution here. It is rather hard work of the ruling elites and society at large, which calls for acceptance of certain ‘inconvenient’ historical facts and creating the collective memory which does justice to victims on all sides.

Urszula Róg is a PhD candidate at the Faculty of International and Political Studies at the Jagiellonian University, Kraków, Poland. She is a junior analyst in Polish Centre for African Studies. Her research deals with the issues of ethnicity and its impact on the structure of state and society, ethnic conflicts, genocide and post-conflict reconstruction.

* This is a part of the article about collective memory of the genocide in Rwanda, which will be published soon in Polish.

2) Speech by President Paul Kagame at 16th Commemoration of The Genocide of The Tutsi, Kigali, 7 April 2010, http://www.presidency.gov.rw/speeches/332-speech-by-president-paul-kagame-at-16th-commemoration-of-the-genocide-of-the-tutsi-kigali-7-april-2010 [Accessed on 20/09/2014]

3) Speech by President Paul Kagame at the 20th Commemoration of the Genocide against the Tutsi, Kigali, 7 April 2014, http://www.paulkagame.com/2010/index.php?option=com_content&view=article&id=1345%3A20th-commemoration-of-genocide-against-the-tutsi-&catid=34%3Aspeeches&Itemid=56&lang=en [Accessed on 20/09/2014]

5) Lemarchand,Rene The Politics of Memory in Post-genocide Rwanda, in Phil Clark and Zachary D.Kaufman (ed.) After Genocide. Transitional Justice, Post-Conflict Reconstruction and Reconciliation in Rwanda and Beyond, London, Hurst&Company, 2008.