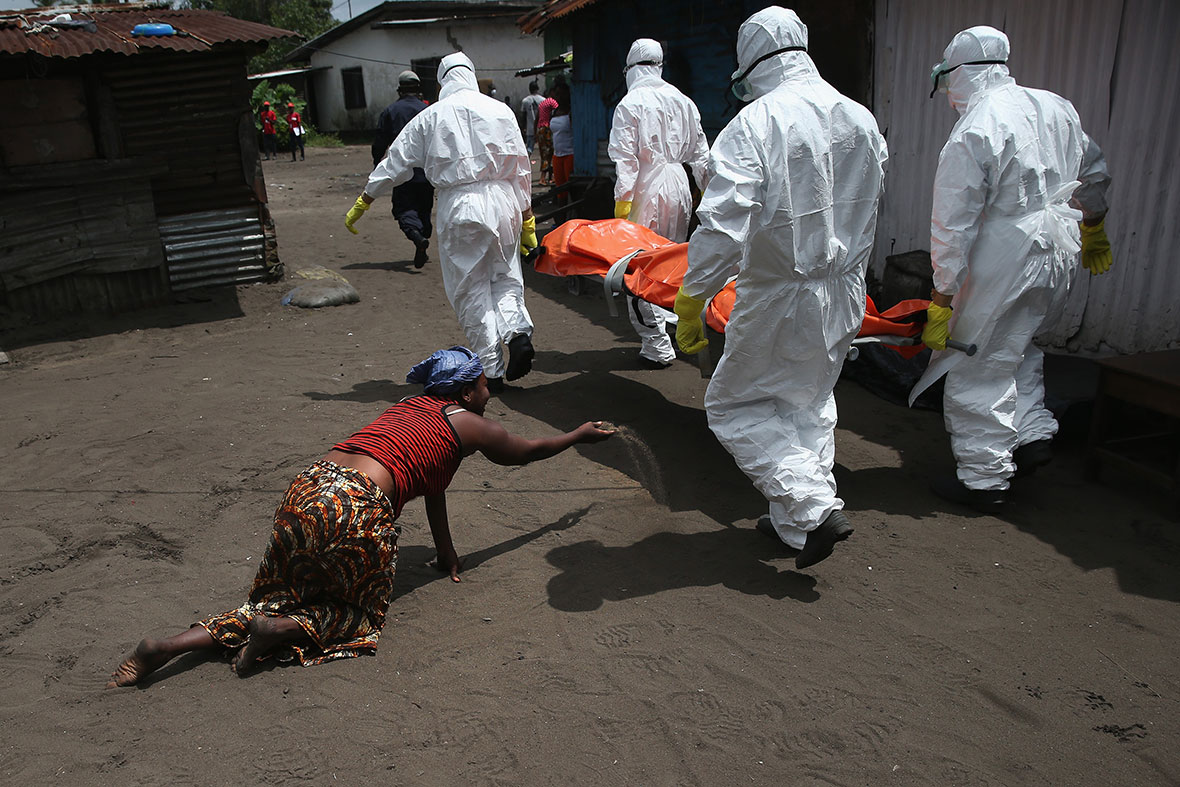 The current situation surrounding Ebola in the United States helps highlight a bizarre paradox of our time. We have become so obsessed with romanticized notions of “human rights” that we forget there are boundaries to when and how certain rights may apply.

The current situation surrounding Ebola in the United States helps highlight a bizarre paradox of our time. We have become so obsessed with romanticized notions of “human rights” that we forget there are boundaries to when and how certain rights may apply. Kaci Hickox, an American nurse, travelled for a month to Sierra Leone to treat Ebola patients. This noble work should be lauded and appreciated. But the fact that she was put in quarantine on return to the United States did not constitute, as she claimed, a human rights violation. What is perhaps most interesting about the situation, however, is the paradoxical public response. At a time when Americans seem to be panicking concerning the spread of the deadly Ebola virus, they are nevertheless incensed that the people who are most likely to spread it are being forced into quarantine. This sort of illogical, disconnected thinking is becoming more and more common, particularly when human rights are being discussed.

Human rights are inalienable rights that belong to every person as a birthright. Basic human rights are articulated in the Universal Declaration of Human Rights, the International Covenant on Civil and Political Rights and the International Covenant on Social and Economic Rights. The substance of these three international instruments – often referred to as the International Bill of Rights – are translated to individuals through the domestic laws of states. As is to be expected, at the national level there are different interpretations of different elements. The rights are global, but the implementation of those rights is local, resulting in some countries deemed to have better human rights records than others.

Human rights may be inalienable, but they are not unlimited. It is not a violation of human rights, for example, to imprison someone for having committed a crime.  Though liberty is a fundamental human right, that liberty can be revoked when public interest is involved. Similarly, if someone has a mental health condition that makes them unstable and thus a threat to either themselves or others, the individual may be restrained in order that they not harm anyone. Again, public interest dictates that that person’s liberty should be curbed for the benefit of the greater good. The same is the case for someone with a contagious deadly disease. The US may be a “free” society, but that does not mean that individual freedom cannot be rightfully curbed in order to protect society at large.

The US government, currently without a confirmed Surgeon General, received widespread and well-deserved criticism for its confused and hesitant response to the current Ebola outbreak, both at home and abroad. Several states within the US have announced quarantine policies requiring anyone who has been in contact with Ebola or in one of the ‘infected countries’ within the previous three weeks to be held in quarantine until the twenty-one day incubation period has passed without the individual displaying any symptoms of infection. Given that the former general counsel and executive director of the Republican Party of South Carolina has expressly argued for the execution of anyone who contracts Ebola, and countless others have argued for a complete travel ban to and from the countries at the epicenter of the outbreak, a quarantine period seems benign in comparison. Yet the first person to officially be quarantined under such policy has set off national furor.

“This is an extreme that is really unacceptable, and I feel like my basic human rights have been violated,” Ms Hickox told CNN. Furthermore, she claimed she could not comprehend the reasons for her quarantine. Without delving too deeply into the medical and scientific aspects, it is nevertheless possible to assess the human rights side of the issue. She had been working with people infected with Ebola. All of the Americans who have contracted the disease have, like her, been health care workers who treated infected patients. She just returned from a country where the outbreak remains unconfined. A doctor who recently returned to New York under similar circumstances did not get quarantined, proceeded to travel around the city for several days before seeking treatment and may have been publicly symptomatic before reporting to a hospital.   It remains to be seen whether he spread the disease as a result, but it is possible. Public officials have a responsibility to ensure public safety. It does not, therefore, seem irrational or unreasonable that several governors instituted the quarantine policy under which Ms Hickox was held.

The outrage in support of Ms. Hickox, now threatening to take legal action against her confinement, is puzzling when balanced against the equally intense fear that Ebola will spread throughout the country. Such a paradox arises frequently when human rights are invoked. Oddly, Sierra Leone provides another good example. From 1991 to 2002, a brutal civil war raged in the small West African country, leaving 75,000 dead, an additional 25,000 living with missing limbs that had been hacked off, countless women raped, children drugged and turned into soldiers, and a general population impoverished and traumatized. The Special Court for Sierra Leone was established to try those individuals most responsible for the war. When, in 2009, nine defendants were sentenced by the Special Court to prison for their war crimes and crimes against humanity, a bizarre paradox took hold: human rights activists expressed outrage that these convicted criminals were going to be placed in prison in Sierra Leone because the prisons, in their view, were inhumane. So while common criminals in Sierra Leone are routinely confined in local prisons, the criminals most responsible for the devastation of the war have been provided luxurious accommodation by comparison. The only way this outcome seems fair is if the situation is examined with tunnel vision, looking at the human rights issues with the prisons out of context. Similarly, only when ignoring the totality of the circumstances does Ms. Hickox’s argument seem rational.

There is no doubt the situation has been difficult for Ms. Hickox, so this is not a question of being cold or compassionless. But challenges and discomfort are a part of life, particularly as a result of certain choices. US Ambassador to the UN Samantha Power said that health workers returning from ‘infected’ countries should be “treated like conquering heroes and not stigmatized for the tremendous work that they have done.” That is true, but it does not mean that officials should abandon caution and be irresponsible towards public health and safety in order to make the return less difficult for those individuals. At the end of the day, there are hierarchies of concern, and the well-being of the overarching population of states like New Jersey, where she was in quarantine, should be the unequivocal priority. And it is not a human rights violation to quarantine a high-risk individual for the sake of public safety. Compassion for Ms. Hickox is appropriate, but outrage at monitoring her for early signs of infection and protecting the public from the potential spread of a poorly understood disease is irrational and unhelpful. Given how the international and domestic response has been undeniably shaped by racism, one must wonder whether there would be quite so much outrage about the situation if Kaci Hickox were African. Anyone who wants to look for human rights violations would do better to examine the inequities in the international response to Ebola.

Dr. Ian Ralby is Founder and Executive Director of I.R. Consilium through which he and his team work with governments and organizations on solving complex security-related problems.  A leading expert on the regulation, governance and oversight of private security companies, Dr. Ralby frequently advises on and assists with matters involving international law, international security and maritime affairs.  He has worked extensively with governments in West Africa, the Caribbean, and the Balkans among others.  He holds a BA in Modern Languages and Linguistics and an MA in Intercultural Communication from the University of Maryland, Baltimore County; a JD from William & Mary Law School; and both an MPhil in International Relations and a PhD in Politics and International Studies from the University of Cambridge.

This article was originally published by OpedSpace and is available by clicking here.